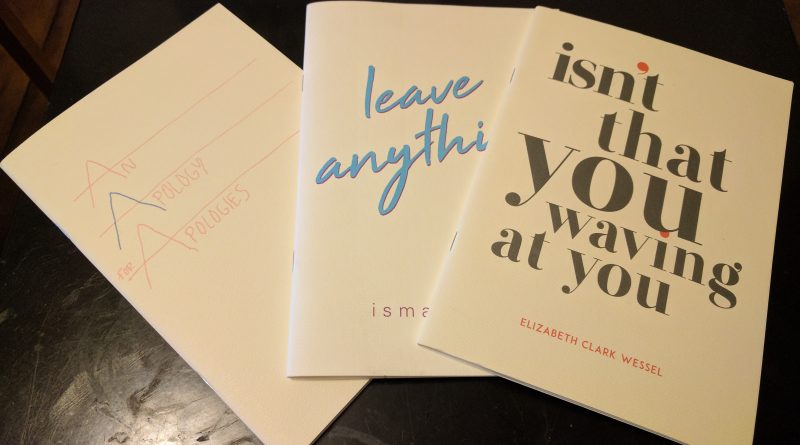 While attending the New Orleans Poetry Festival, I took Mark Cugini aside to ask him a few questions about Big Lucks Books.

We started in 2009, it was me and my partner at the time Laura Spencer. We had done it for a really long time initially as a print journal. What started to happen is that I became the go-to person when  we launched the press (as the press was launched separately to the journal). With some of the  things going on in the country, and some of the things I’ve learned about intersectionality, and how a lot of literature is made up of male gatekeepers, I began realizing pretty quickly that this couldn’t go on forever. I couldn’t be the only person doing this. So as intersectionality is very important to me it seemed the only thing to do was to let more people in. Give away some of that “power” I had and do this in a more collaborative way. 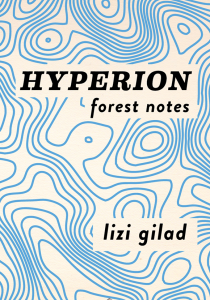 Did this lead to more varied submissions?

Definitely, since we started getting more vocal about the things we care about. After the elections, a lot of indie presses started thinking about the things we could do more – so we decided after the election to donate 20% of our online sales to charities that authors would pick. So currently we’re giving 20% of our online sales to The Peace & Justice Center in Vermont cos that’s where one of our authors lives. 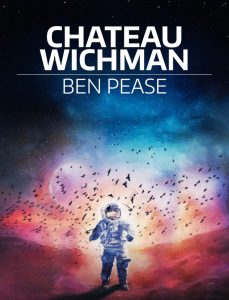 Once we did this and got more vocal we got more varied submissions. I would still say that 70% of the submissions we get from open reading periods are white men. That follows things you see in a lot of corporate worlds too such as job applications, because the world is theirs, right?

The first thing we did when we started taking open submissions for books is become very transparent about it. We broke down the percentage of submitters after a couple of days and it was 75% so we were very vocal about that on our website and social media. We also did things like have a prize for a first book by a woman author, the Ruth Stone First Book Prize.

How does the collaboration work on a practical level?

So we’re still at the beginning stages, it’s only been about 5 weeks since we’ve decided to all come on board but technology is really good sometimes and it helps with these things a lot. We do a lot of work in Google Docs. It’s great for people in different timezones, one of our editors is in Hawaii, a couple are on the East Coast, so it helps us come together. What we’re doing right now is deciding on our mission, and putting it together in a digestible format.

You publish a mixture of chapbooks and full collections then?

Yes, we started off with just chaps and then moved towards full-lengths too – I will say, we’ve been doing way too many full lengths. It costs a lot of money, you have to keep them in print so it takes more effort too, whereas chaps were always meant to be temporal objects, so if they’re sold out, they’re sold out! We just love the idea of them being this moment in time – a brief capture. They feel like a snapshot.

Is there anything you are particularly proud of having published?

Yes, ismael luna’s leave anything. Another thing we noticed is that most of our catalogue was white and we wanted to correct that but also admit that we’d made mistakes. So we partnered with Folio from the American University in Washington DC and we created a prize specifically for writers of colour. The way we found ishmael was kind of a miracle – they are not in the community, they don’t come to things like this – Ishmael is a trans queer latinx poet who is very anti-capitalist  and they just happened to log on to Tumblr the day somebody shared that award – they didn’t find out about us the way other of our authors found us.

“i know some of the / things i have done // but i know them in the ways i know // about the prussian war // an asteroid” -ismael luna, leave anything

When Kina Viola, our chapbook editor read it, she fell in love with it immediately and championed it really hard to the other people reading that prize. Ginger Ko was the judge and she picked it. We went to print two days after the election. A lot of it is about colonialism, and the right to language and space in this country. So on top of the subject matter we just feel so lucky that Ishmael logged on to Tumblr that day. So that’s a book I’m really proud of – it’s beautiful, it’s so moving. So it’s the one I’m proudest of today anyway – that answer changes all the time! 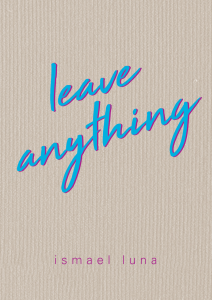 Time for the awkward question now! How does your funding model work?

Definitely not an awkward question!

We started funding it with a Kickstarter, our initial goal was 2,500 dollars which I thought would last maybe 5 years – it didn’t! We actually raised 6 grand and it was gone that year just travelling to events, it all cost money. I have a full-time job which pays for most of it plus sales – we’re lucky for the most part, we’ve broken even every year and haven’t taken too many losses.

For the chapbooks we do a run of 100 and we give authors 30 copies to sell themselves which in our head works out at about 30% royalties as we sell them for 10 bucks. For full-lengths we do 7% royalties which is not great but they’re so much more expensive to produce and distribute – the chaps cost about a fourth of the price of full-lengths.

What’s next for Big Lucks?

In the pipeline is implementing the model – we are going to announce it soon along with our mission. Then we have two open reading periods. One is for the Journal, in June and there are 5 editors reading for that. Then in September we have an open reading period for chapbooks with 4 editors reading for that. It’s a real teamwork effort, I can’t wait to see lots of people’s visions up on the website. 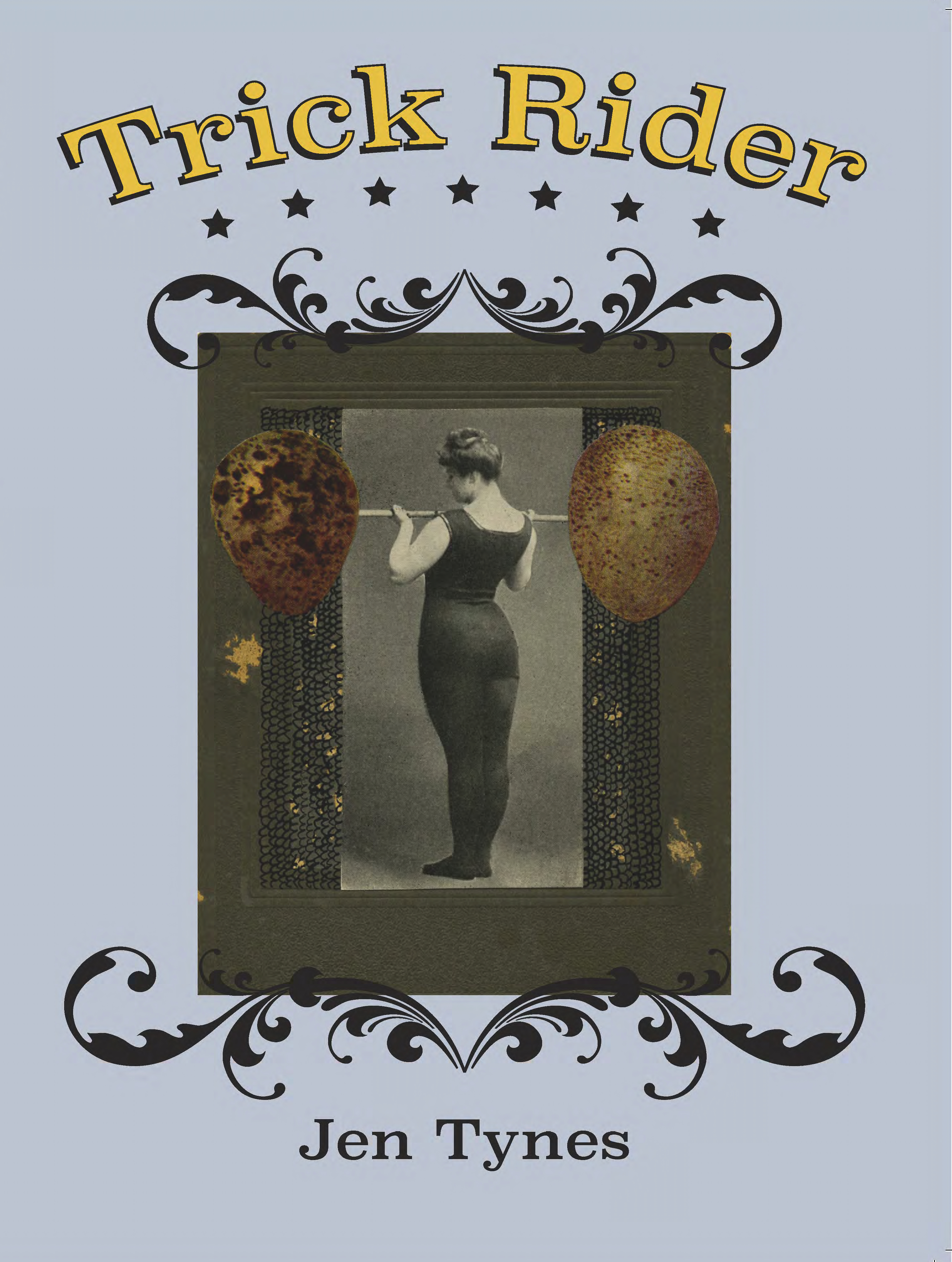 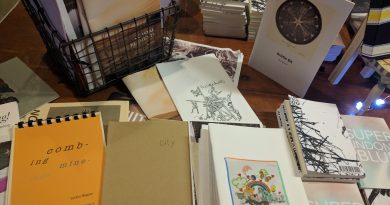