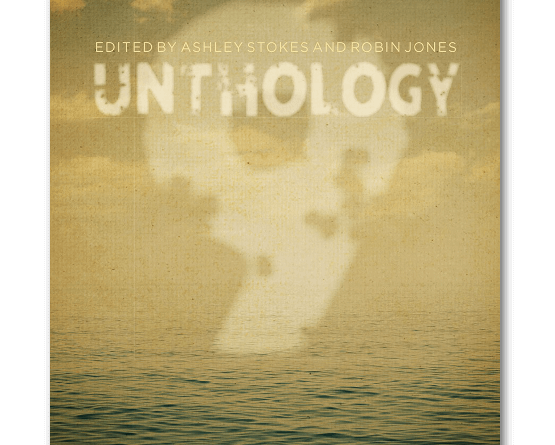 The pedigree of the Unthology series is by now well-established and its ninth instalment is testament to the quality of the fiction now associated with the output of this neat little Indie, Unthank Books. Unthank is so-named after the ‘unclaimed land at the edge of town’ which seems to offer a space between the mainstream and the wilderness for fiction writers to flex and experiment in pursuit of intense, vibrant storytelling. That sense of subversion, of distance from civility suffuses this collection. If the term anthology comes from the Ancient Greek, ‘anthos’ meaning flowers and, ‘legein’ to ‘-logia’ meaning to gather, then the Unthology could not be more aptly named for this is no collection of flowers. The prefix, ‘un’ signifies almost every kind of negative; be it reversal, absence or quite simply negation and each of these 17 stories is in some way concerned with those turning points, the teetering moment at which joy or hope is (or is not) negated. To my mind, the great challenge of putting together any anthology is to achieve a sense of unity, a complete article without sacrificing variety or range. This is something editors Ashley Stokes and Robin Jones have achieved with aplomb in Unthology 9. Each story interrogates the fragility of the human psyche in some way and indeed, excavates some of its bleakest impulses. The relationships we are presented with are in various states of disrepair; contentment is either temporary or long since past and the characters are variously in search of connection or in despair at its absence. The stories are bound too by echoing images and motifs that surface as occasional reverberations of preceding tales and precursors of others to come. Water, children, death and suicide in particular pattern the collection and add to the sense of the book as an ‘archipelago’ (so-termed in the Editors’ introduction). These stories are various and disparate but they occupy the same lonely stretch of sea.

Each island formation places the human psyche at its centre. This is evidenced by the number of first person narratives. Although the genders are pretty evenly represented in terms of contributors (eight are women, nine are men) there is also a strong masculine bent across these introspections with two notable exceptions forming the most memorable tales in the collection.

Rosie Gailor’s ‘I’ opens the book with the assertion that ‘drowning is the most euphoric way to die.’ What follows is a shattering account of suicide that is founded on the premise that as, ‘the brain starves of oxygen and thinks back to every memory you’ve had – even ones you’d thought you’d forgotten – to see if there’s anything to save you.’ The narrative is fluid and fast-paced as these memories emerge, ‘completely out of […] control’ and sharp-edged, interspersed with the physical experience of drowning. Eventually, death and the memory of life become almost indistinguishable and the narrator’s memories, though un-redemptive, unfurl into pity as all turns to ‘ink, thick and black and all-encompassing.’ Sarah Evans’ ‘In Rehearsal’ sees a surgeon perform risky surgery on a newborn baby. The writing is lean and unflinching as it grapples with weighty moral complexities. Evans’ use of language is sparse, precise, clinical even in its negotiations. This is one of the few stories that could be classed as optimistic in its ending but there is an implied burden of grief that ballasts any sense of the uplifting.

In amongst the grim subject matter though, there is some playfulness and a degree of absurdity. Mark Mayes’ ‘Motes’ offers a critique of profit-driven society in which the unemployed are of no value, or worse, parasitic. The narrator’s self-loathing and despair is tangible as he applies to become a literal dust collector, ‘like a porcelain dog on a mantelpiece.’ He calls himself ‘a useless cunt. A sad soft cock. […] a purposeless man. A useless eater.’ Mayes balances the absurdity of the premise with the lurching discomfit of the narrator’s toxic lack of self-worth. Elsewhere a man is replaced by the kidney he has had removed; an academic researches commercial time travel (available in theory but in truth the preserve of the 1%); a strange Germanic doll disappears and reappears in odd places.

It is hard to look at the cover of Unthology 9 without thinking of that other, televisual anthology of the uncanny, Inside No. 9: it offers a neat parallel to the Unthology series. By degrees absurd and disturbing both are characterised by excellent writing and a confidence in their chosen form. Both have become established as a benchmark for bold, experimental work, each exceptional in their own field. Inside the eerie artwork of this No. 9 you will find exactly the calibre of work that has garnered such a reputation. You may need time and a certain emotional robustness to read it (I could not read it quickly and found I wanted time to absorb and reflect after each story) but it will be worth it.