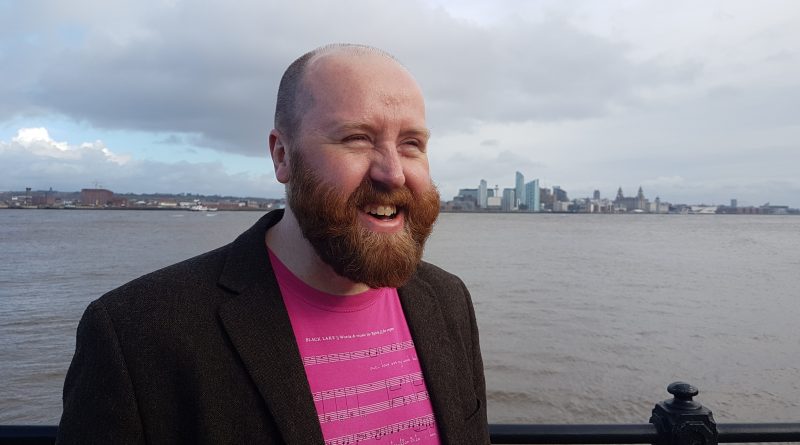 The first work that I ever did for Sabotage Reviews was reviewing fiction. It feels a hundred years ago now, but I distinctly remember being edited by Richard T. Watson. He was careful and conscientious, but he also told me exactly what each review needed to be better, which is the mark of a good editor as far as I can see.

During one of the hand-over conversations with Claire, she mentioned that Richard was ready to step down to pursue his many (many) other projects and, after a lengthy stretch as the Fiction Editor, it was understandable. Since then it’s taken a fair bit of searching but we have finally found a Fiction Editor to replace Richard on the Sabotage Reviews team. It’s always exciting to see someone new arrive with fresh ideas, but it wouldn’t be at all right to let Richard step down without a public note of thanks from me and, I’m sure, from Sabotage at large.

So, from Sabotage, thank you, Richard, for establishing such a brilliant and inclusive Fiction section, and thank you for handing it over to a willing and able candidate. You’ll be missed, but I’ll definitely drag you back for something!

Now, with one editor leaving we of course have a new one stepping in, and I’m delighted to welcome Phil Olsen to the Sabotage Reviews team!

Phil Olsen is a short story writer from Liverpool. He has a Creative Writing MA from the University of Manchester’s Centre for New Writing and has written short story course blogs for Comma Press and event reviews for Manchester Literature Festival. He co-edited The Manchester Anthology 2017 and was a submissions reader for the Brighton Prize 2018.

Winner of three flash fiction competitions (Northern Short Story Festival slam in 2017, Writing on the Wall’s WoWFest 2016 and Book Week Scotland 2014), Phil was also a finalist in NYC Midnight’s Short Story Challenge 2018 and was shortlisted for the Bath Flash Fiction Award in 2017.

Phil has also given us a taste for what his hopes are in joining Sabotage:

“I’m really excited to have been given this opportunity to celebrate short stories and novellas via the brilliant platform that is Sabotage Reviews. I’ve long been a fan of short stories – from the realism of Raymond Carver and Alice Munro, to the surrealism of Miranda July and George Saunders – and would love to see more readers embrace the form.

“As the new Fiction Editor, I look forward to connecting with other short fiction enthusiasts and working with the team of reviewers to showcase small-scale pieces and publications, and hopefully shine a light on some gems that might have otherwise slipped under the radar. Actually, I don’t think radar can even detect gems, so all the more reason to help them out, right?”

Phil is now the driving force behind the Fiction Section so related queries should be directed to him from here on. Although it is his first week, so be kind and give him a lovely welcome!

4 thoughts on “Hello and welcome to our new Fiction Editor!”