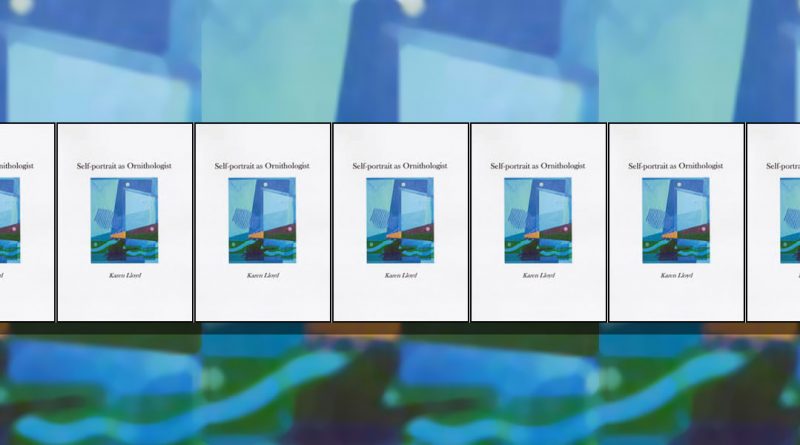 Karen Lloyd mesmerises with her translation of detailed observations into striking descriptive poetry.

In ‘Robin’, she writes the sound of birdsong:

Yours is a small waterfall of sound,
a Lakeland beck pouring over lichen-slow stone.

[…] the silence between phrases –
a pause to let in the sound of the wood breathing.

Transporting us to woods, atop a coastal cliff – to Irish Isles, Scotland, Cumbria and beyond – taking in trees, seas, stars and small creatures, Lloyd celebrates the natural world.

She builds characteristics through imagery and idiosyncratic details which develop our affection for the subjects of her poems. Lloyd’s cocky ‘Bullfinch’ cannot help but charm my socks off:

He called again on other days –
usually with the wife in tow,
[…] at the window
and with his libertine air, twittered,
spat seeds – and winked.

Lloyd intensifies our liking of this bird by complementing his character with the creation of a jaunty rhythm and echo in this cheeky rhyming couplet:

bored or with the shock of new,
on a quiet burr of wings, he flew.

In waiting for the grand and impressive we often miss the wonderous things right under our noses. In this collection, we mutually rejoice as the poet unearths small, unexpected treasures – as in ‘Pittenweem to St Monans’:

though what I want is a big event –
a pod of dolphins or orcas come to call.
[…]
The season’s first gannets
proceed above the waves,
distant white chains homing towards Bass Rock.

Lloyd appeals to us to inspect the minute, the barely there – in this case, the delicate lace of birds flying intently on.

In ‘Seen with my own eyes’ the epigraph tells us of the Barnacle Goose being considered fair fare for fasting 12th century Irish churchmen because the birds were ‘not flesh nor being born of the flesh.’ The poem describes the absurd imagined birth of one such creature (inspired by Bishop Gerald of Wales’ ideas written in Topographia Hibernia). The detail is succinct, yet forms a powerful image:

Put your ear to the frozen surface.
Listen for worms unscrewing
themselves from drowned wood.
Keep watching.

The ignorance of humankind inevitably presents itself in this work. ‘The Piano in the River’ is a lesson in taking privilege for granted, as she concludes with the tercet:

I’m listening still
the ones who threw you in
they couldn’t hear you sing.

Making her point, Lloyd revisits the past in ‘The Moth Problem’ and watches her father ‘brandish the rolled-up newspaper, / take aim and thwack it against a wall’. In the third and final stanza, the poet enlightens us:

But what I hadn’t known, was that seen through the magnifying lens
the Clouded Drab, Common Quaker and wondrous Plume Moth
are trimmed with the mink of a Ginger Rogers gown,
all tawny and luxurious, […]
the manufacture of aeons

Human behaviour very much still in question, in ‘Cleaning up the Neighbourhood’, Karen Lloyd turns positive associations with the phrase to negative. She describes the ‘pigeon bloke’ installing ‘spikes like anti-tank blockades / along the dormer windows and hip-and-valley roofs’, forcing the creatures to carry out their copulating activities in another location. Wham! –  the final couplet delivers both a metaphorical and literal blow as ‘the local sparrowhawk / narrows down her search – and hits.’

Interesting that Lloyd’s penultimate poem is entitled ‘Genesis’; not a beginning here, but an end. A stark reminder, though tongue-in-cheek (‘God sat back in his Ikea Poang / chair, lit a cigarette and blew smoke rings’) she delivers a powerful message: This is not our world.

And I do not blame God, even though in Genesis
he tells us that everything is for our use and our use only;
[…] and the fracking companies and Shell Oil
and the Deepwater Horizon oil spill,
the thousands of sea birds ruined

The very reason these creatures keep us at bay brings us back to Lloyd’s first poem, and her cherished ‘Robin’:

I fail time after time to enter, and your sweet walls
of song, your flashing ruddy beacon tell me, keep away.