Poetry is not visual art. They certainly share many properties, but the bare presentation of a scene, without judgement or even elucidation is not one of them. Visual art is balder, more all-at-once than poetry, which of necessity must be sequential. We watch the individual poetical brush-strokes as they happen before we can step back and examine the whole.

But what about poetry inspired by art? Ought that to emulate the content or the medium that inspired it?  Rupert M. Loydell’s Different Chemistry is described as being “after Joel-Peter Witkin”, the American photographer, and, as you would expect, it touches on many of the same subjects. Here we find “photographs of mirrors”, (“11”), “dead eyes staring upwards” (“8”) “fruit around a baby’s corpse” (“4”) and “grotesque wounds & sepia stumps” (“1”), all reminiscent, and possibly even drawn straight from Witkin’s work.

But there also appears to be an attempt in the poetry to be more photographic in itself. For example, the central line of every stanza of every poem is comprised of three (or sometimes two) italicised and disjointed words or fragments, such as “nonsense   nostalgia   numinous” (“2”) “inane   inept   indecision” (“7”) or “who says   why bother   will you” (“11”), which looks like an attempt to show, as photography does, the entirety of the image at once, rather than building on it sequentially, as written art must. Either that, or it could be reminiscent of flashbulbs going off – each word a photograph in itself.

However, poetry is not visual art, and it seems that in the attempt to emulate, something has been lost in the translation. In attempting to be more like photography, the poems actually become less. There are no sharp outlines, or clear definition. Meaning is blurred and obscured and the poetry becomes an impenetrable mess, from which it is nigh on impossible to derive any kind of sense beyond a few fragmented images. Words are splattered haphazardly across the paper, much like the ink designs opposite each poem. Reading them becomes an exercise like seeing patterns in clouds, or Rorschach ink-blots; Loydell makes the reader do all the work, rarely offering his own interpretation, or even a helpful signpost to meaning.

Which wouldn’t be so bad, if he didn’t keep asserting that there is some sort of deeper meaning to be found here. Every poem of the collection ends with the refrain “the condition of our lives”, tantalisingly hinting at revelations about the human condition, and all that poetry at its best strives to encapsulate. But merely stating it, in amidst such a hap-hazard stream of language does not elucidate anything, does not paint a picture for the reader, or delineate shades of meaning, or even hint at a conclusion which we can draw for ourselves. This isn’t so much Pointillism as join-the-dots. Without the numbers.

Loydell also doesn’t seem to understand the concept of a ballad. While there is nothing wrong with re-imagining a form, the essential quality that makes a ballad a ballad, one would have thought, is the fact that it is a narrative poem. Different Chemistry touts itself as “Ballads of the Alone 4”, but there is nothing narrative about it. The subtitle is meaningless. He might as well have called it “Washing Machines of the Alone 4”. Different Chemistry almost has more in common with the French ballade, for, though it forgoes rhyme altogether, it does still retain a refrain as the last line of each poem. Though it seems a stretch to imagine that this is an intentional comparison that the poet has sought to create.

The second of the two collections, Guage, is, sadly, little better, and just as inexplicable. Though in this there are at least occasional flashes where Loydell demonstrates a greater facility for language and the sound of words, such as in “Tone”. The clicking of “Tacit shift/ /basic alibi/ a stiff fact” as it slaps around the palate is certainly aurally pleasing, though one wishes this skill with sound had been harnessed to a more interesting (or indeed intelligible) message.

There are also moments of either remarkable serendipity or accurate self-awareness, such as in “Hat Tree 2”. Reading the phrase “other language/ clarifies fall / /fill us in”  seems something of a supreme irony, seeing the poet articulate an exhortation the reader has probably been wishing to direct to him from the start. Wonder is not “enough/ for all to guage” (sic.) Sometimes we need something more to wonder at than “words taken out of context / the content of the work / gooseflesh garbage genuine” (Different Chemistry, “6”).

This may seem a harsh estimation of Loydell, but it’s hard to be charitable to a poet when he miss-spells the title of his own collection. Unless “Guage” is supposed to be a nonsense word, or has some deeper meaning that I am unaware of, and isn’t merely a miss-spelling of Gauge, as the quote from “Hat Tree 2” would suggest.

Poetry has for too long held a reputation of being difficult and requiring hard work to understand. Perhaps with a little deeper reading, the meaning in these poems would become apparent, but if one believes that poetry should be an accessible medium to all, then they seem unhelpful to say the least. Modern Poetry does not want to pick up the same negative and elitist connotations as are sometimes attached to Modern Art (e.g. in the public image of The Turner Prize), but with these collections Loydell is in danger of doing just that. 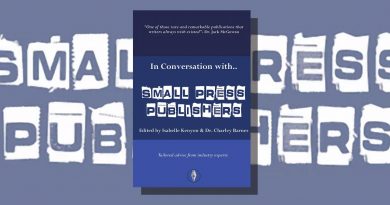