Adventures in Form is a beautifully curated anthology of contemporary poets engaging strongly with form in their work. The poems are clustered under 15 areas (Code is Poetry, Traditional Revised and Correspondence, to name three), each reflecting an approach to exploring form.

The introduction to the book (by Tom Chivers) was a joy to read. Chivers is clear and passionate about his subject matter, and this felt like one of the most coherent and tightly curated anthologies I’ve seen.

“Form is not something to be ignored as irrelevant and old fashioned or, conversely, defended at all costs against the barbarians of free verse. In any vital literary culture, form must be subject to repeated renewal.” Tom Chivers

The strength of the collection was its diversity. It was nice to be challenged as well as have a selection of poems that I’d have chosen to read anyway, and I took something from each of the authors. Some of the poems, however, were exceptional.

‘Note’ by Hannah Jane Walker was a beautiful, narratively driven piece of surrealism with a precision of detail that shoves the poem off the page and into your face (“I see her sometimes sock-shuffle in and stand in front of the DVDs./ I saw her pick off pieces of your Thorntons easter chick and melt/ hold them on her tongue.”) The use of occasional grammatical inaccuracies contributes to a kind of disjointed, broken feeling – like this correspondence is more about disconnections than communication.

This is the kind of book that makes you interrupt your happily telly-watching boyfriend and ask him if he knows what a Univocalist poem is (“Frosty mongs bosh shots of scotch/ on London’s Brook Common,/ rock-off to soppy mono toss;/ lost songs of London:/ Town of Bop.” – ‘Two Moons for Mongs’, Ross Sutherland).

Some of the poems I just flat out didn’t “get” (‘Eating Chinese Food in a Straw Bale House, Snowmass, Colorado, January 2011’ by Paul Muldoon was just a string of letters, repeating and slowly changing. I guess if you read them aloud it sounds like an eating noise. But is that it? Is that the whole point? Surely I’m missing something? Gah!) and some felt like exercises rather than finished pieces. Much like improv, I suspect some were more fun to write than they are to read. The form N+7 (“a translation process in which each noun in the original text is replaced by the seventh noun after it in the dictionary”) in particular, struck me as more of a starting point than a poem. Having said that, Ross Sutherland’s ‘The Liverish Red-Blooded Riffraff Hoo-Ha’ (actually an N+27 poem) felt much more carefully constructed than the form implied. Also, what’s wrong with providing starting points? If read as a “some cool things you might like to try if you’re a bit blocked” compendium, Adventures in Form is no less satisfying than when read as an anthology.

The ideas are delightful to skim through, even without the poem. A poemixtape (where one word must link each song title to the next), a quantum poem (words written on sheep, their juxtapositions left to chance) and The Analogue Guide to Parenting (Chris McCabe wrote down 12 inane things they said to their toddler. The toddler chose the order by pointing at a toy clock) were particularly delicious concepts.

Adventures in Form is a wonderful book. Like a literary equivalent of a pinterest board, it makes you want to have a go at creating your own versions of the poem as much as to stare and coo over them. I’m not sure I’ve done it justice, but trust me. Properly exciting in a way that anthologies can rarely sustain, Adventures in Form should be the next poetry book you buy. 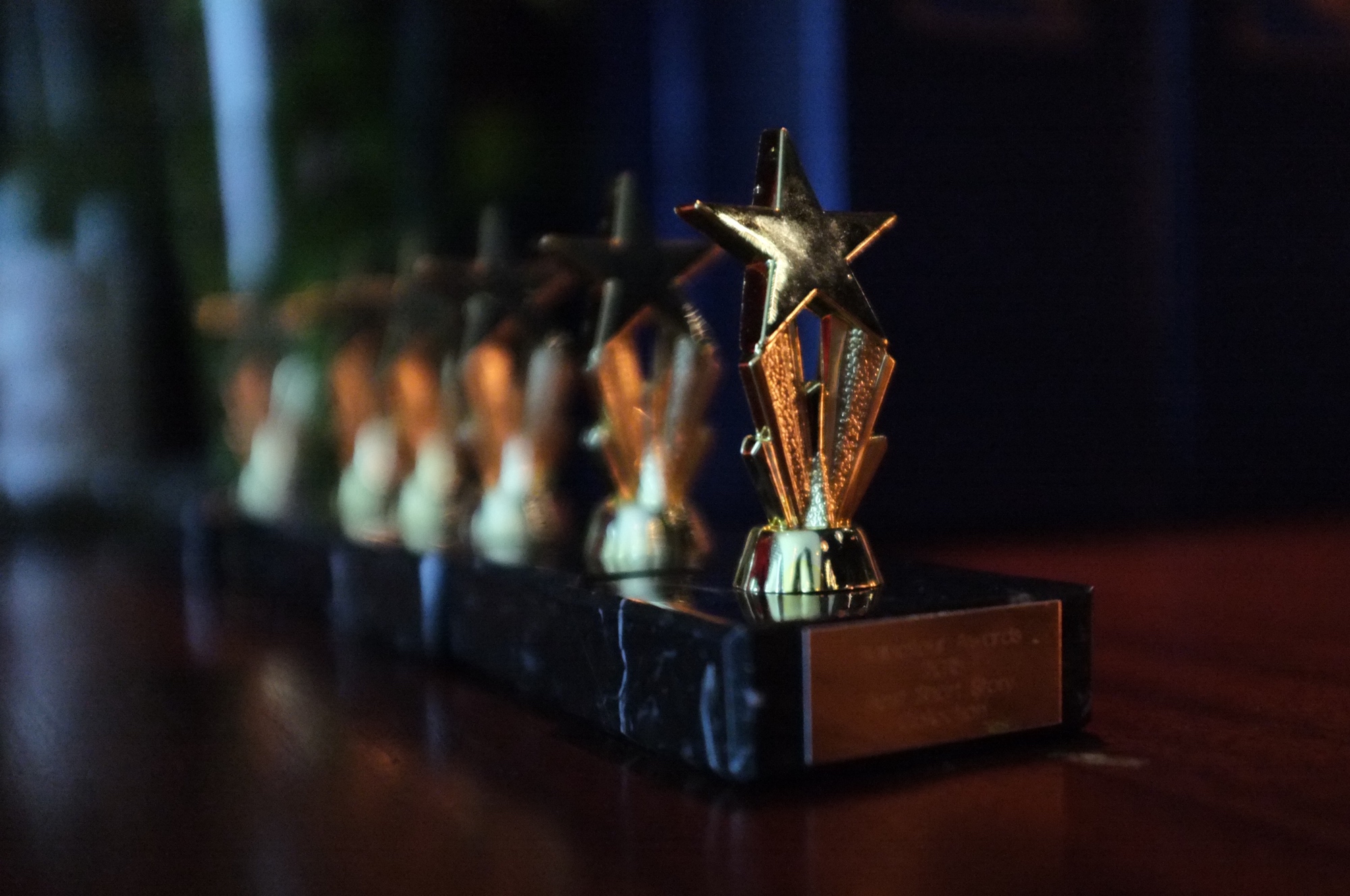 June 1, 2015 Editor Comments Off on Saboteur Awards: The Results

2 thoughts on “‘Adventures in Form’ ed. by Tom Chivers”