Few of us can remember our childhoods vividly and clearly, every memory of every day as clear as, say, last week. We’re not necessarily consciously selective in our memories, but we do tend to hold onto the highlights and lowlights to stitch together some sort of narrative of our early lives. There’s a textbook example of this in ‘Dancing in the Kitchen’, the sixth story in Carys Bray’s engaging debut collection of short stories, Sweet Home. 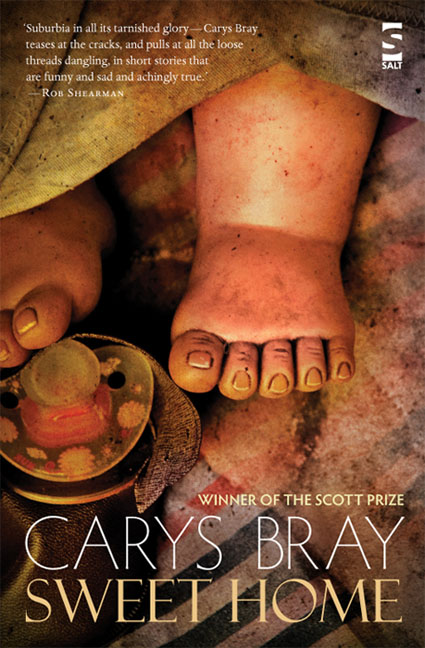 ‘Dancing in the Kitchen’ is the collection’s shortest story, but also its most heart-breaking and most emblematic of what’s going on throughout. Quite simply, there’s a mother dancing in her kitchen – but in her head she’s constructing the director’s cut of how this scene would appear in the film of her life, especially at the moment when her son comes in. The subtle variations of each new take reflect the process of selective editing we carry out on our memories, and the desire to leave happy memories for children to carry into their adult lives. That’s one key concern at the heart of Sweet Home; what memories our children have and how they construct the narratives of their lives with them. But there’s also the self-image of the mother, how she’s seen by her child – and arguably by the imaginary camera lens – and how the scene reflects on her as a parent.

Parents (mostly mothers) and parenting crop up with reassuring, predictable frequency, but that’s hardly surprising considering the title, Sweet Home, and the emphasis on domestic settings. These are stories of families, highlights and lowlights of childhoods that will later become part of a patchwork fabric of remembered early life. That seems especially the case in the collection’s opening number, ‘Everything A Parent Needs To Know’, in which a young daughter destined for a childhood of lowlights, despite her mum’s best efforts, collects a few more embarrassing swimming memories. At the same time, mum is being reminded of all the parenting manuals she’s read and how they seem to not quite be helping in her situation.

The awkward mother-daughter relationship in ‘Everything A Parent Needs To Know’ is echoed time and again through a collection featuring lots of mothers and their relationships with their children (including the odd, highly commercial relationships on display in the coyly semi-sci-fi ‘The Baby Aisle’). There’s a sense that mothers are often working out motherhood as they go along, and perhaps feel as though they aren’t doing a terribly good job. Whether that’s all in their minds, a lack of support from fathers (absent or otherwise) or just a failure to live up to society’s expectation of mothers is another question.

If that makes Sweet Home sound a bit grim or bleak, don’t worry. Every story is lovingly-crafted and a genuine pleasure to read – this is a strong collection that I’m struggling to do justice to. It probes, more or less delicately, at the heart of the embracing family unit; the mother, and her relationship with her children. In doing so, it lets the reader inside some of those families, drawing them in with characters whose intimate thoughts are at once naïve, charming and touching. This is especially true of the children: ‘Bed Rest’ and ‘Scaling Never’ in particular have young narrators with child worldviews that are thoroughly believably and compelling – both are also ever so slightly heart-breaking.

Unusually for a short story collection, there are no stories that stand out as weaker than any of the others. One or two perhaps don’t seem to fit the domestic theme implied by the title – the giggly teenage girls in ‘Under Cover’, for example, detract from what’s otherwise a story of a very down-to-earth and honest love, tinged with inevitable loss in more than one sense. The fantasises of potential future boyfriends feel like they come a different story from the widow remembering her husband, and the twinning of the two narratives doesn’t quite hold together.

All of that may have implied that there’s a darkness running through Sweet Home, something hidden under the cover of happy families. Indeed, many of the stories reflect this rot at the core, and we all know the sweetest foods are the ones that cause the most rot. The title story, ‘Sweet Home’, shows this best. It’s a brilliantly observed modern take on the Hansel and Gretel fairy-tale, that takes the idea of a sweet home literally, but also manages to say something far darker about prejudice, xenophobia and the way wider family units band together against outsiders. Bray not only updates the stories of childhood, but expertly exposes the foibles of middle England.

Bray’s stylistic signature is probably her trick of giving the reader a little detail and letting that half-sentence stand in for a wealth of lived experience. Little hints here and there give the reader enough to fill in details of much longer stories. It’s economical and very smart. For example, the woman who works at a bag shop ‘when I’m not taking time off to rest’ (a comment whose significance spirals the more we learn about why she needs time off and why the story is called ‘Just in Case’ – a title with delicious double-meaning). In ‘Wooden Mum’, mum sits outside her young son’s bedroom door until he’s asleep, ‘to stop him coming downstairs’ – in the story’s first sentence, Bray has told us all we need to know about this mother-son relationship and given the first taste of the son’s autistic behaviour.

Like the best fairy tales, Bray’s Sweet Home stories have a dark undercurrent that’s occasionally exposed. This is a writer who understands people, mothers especially, and how their early memories shape the fabric of their later lives. She’s working on a novel, and if the skill on display in Sweet Home is anything to go by, that novel will be well worth the read. 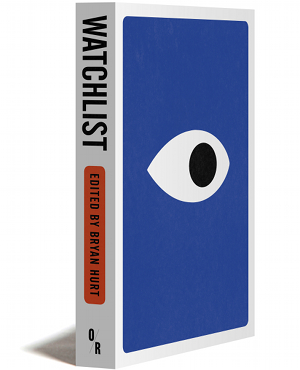