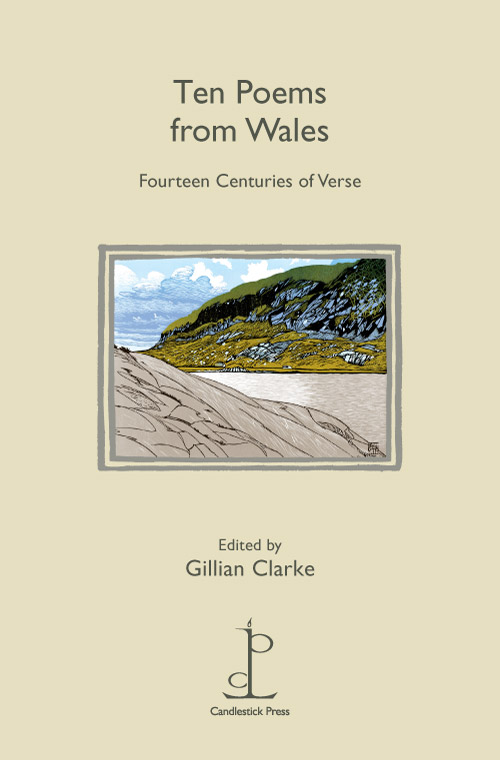 Gillian Clarke’s presentation of Ten Poems From Wales, spanning fourteen centuries, is actually a selection of eleven; the “tiny sample of ten” is preceded by “perhaps the first contemporary poem to capture my attention”, The Cat and the Sea by R. S. Thomas, which serves as a perfect prologue. In her Introduction, the editor explains:

I was young and dreaming of being a writer when I came across my first poem by a Welsh poet … the poem caught me and never let me go, and I return to it again and again, wondering at its simplicity, the trick that makes a cat sing like the sea, the sea purr like a cat, that stare of gorse. It changed poetry and it changed the sea.

This opening gambit, the text surrounded by two frame-like rectangles, neatly positioned on the left-hand-side page opposite the opening of the official ten poems, is eight lines of simple but lyrical imagery, an arresting microcosmic portrait:

The Cat and the Sea

It is a matter of a black cat
On a bare cliff top in March
Whose eyes anticipate
The Gorse petals;

The formal equation of
A domestic purr
With the cold interiors
Of the sea’s mirror.

Is the above a reflection of Welsh poetry’s place in the world, of the poet’s own worldview, or the balancing of the domestic with the Infinite? Such is the strength of the short, neatly bottled, almost businesslike “formal equation” of the poem that, especially at the outset of an overview of fourteen centuries of verse, it seems to encapsulate a poetic story both ancient and continuing.

From this glimpsed, implicative beginning, the collection proceeds with a shunt: the anonymous seventh-century Song to a Child, translated by Anthony Conran, which drags the reader mercilessly back to an older, bloodier time of spears, slaves and cudgels.  For me, the attempt to bring this depiction of a red-in-tooth-and-claw brutality up to date falls short of authenticity due to its translator’s casual language – When your dad went to hunt – which causes the list of killings to lose some of its weight. The four short stanzas provide insufficient space to gauge whether the intended effect is to try to humanize the violence, to convey the chilling contrast between the childlike and familiar with the bloodshed, or to simply present a matter-of-fact historical record. The “dad” described comes over as neither sympathetic nor historically objective, rather as indiscriminately plundering: the quarry listed includes fish, roebuck, boar, stag and speckled grouse, summarised by the poem’s close:

Whatever your dad found with his spear,
Boar or wild cat, fox or deer,
Unless it flew, would never get clear.

The translated poems are not the strong points of this anthology, although to be fair, the collection seems to find its feet with the starkly despairing War, by Welsh language poet Hedd Wyn, who died in action in the First World War.  It is the only one of the poems translated by the editor herself, and as with the previous translations, the original Welsh is printed above. It begins: Bitter to live in times like these, and embodies a kind of nihilistic melancholia reminiscent of Japanese poetry of previous centuries, its tragic universality acutely appropriate to our own times. Excoriating the gross authority of a godless Man, the poet paints a scene of claustrophobic horrors, in which king and peasantry are equally divested of morality:

When he thinks God has gone away
Man takes up his sword to slay
His brother; we can hear death’s roar.
It shadows the hovels of the poor.

The argument that decreased religion leads to inreased warfare may be instantly offset when we reflect on the many wars fought in its name, not least at the present time, but the lament of war’s afflictions is captured by Gillian Clarke with painful clarity:

Like the old songs they left behind,
We hung our harps in the willows again.
Ballads of boys blow on the wind,
Their blood is mingled with the rain.

Several poems by well known authors follow, but it is with Gillian Clarke‘s own poem that the collection seems to regain shape, as we are invited into the poet’s youth. Waves recalls:

When long ago my father cast his spell / with wires and microphones, and of how he could send sound on waves the speed of light / to touch the ionosphere – and fall, returning / home to the wireless on our windowsill.

This splendidly demonstrates Gillian Clarke’s poetic skill, her simple stating of a “ionosphere” without explanation (I don’t mind admitting I did not know what the ionsphere was, until I looked it up) conjuring precisely the way in which such words are computed in an infant’s mind: the sense of a child being told fantastic tales of sound waves and science, lapping them up in hurried hunger, already in the habit of collecting words. Her teasing hyphen implies a description of the mystical sounding ionosphere is to follow, but instead we are looped from the magic spells of the speed of light to wirelesses and windowsills, an apt homage to the poem-preface of R. S. Thomas. This sway from the scientific to the homely windowsill, with no return to technical language, further exemplifies the rapid thought processes of childhood.

Following the nostalgic opening stanza is an irresistible confection of homing birds, skies that hum and a staircase in the sea, but it is the penultimate stanza that distils the poem’s dazzling essence, as we zoom into a present still defined by the past:

Sometimes now, radio on, half listening, struck still
by a line of verse, a voice, a chord, cadenza,
I remember living light in a breaking wave,
not breath, not fire, not water, but alive,
the sudden silver of a turning shoal,

This gentle, tender poetry flows from the page like a stream, from a poet who today can still see words on the radio as fish and has managed to blend three free-verse stanzas into a  story, tremendously powerful, yet with imagery and language that is silky and soft, homing birds and fish … in the last stanza, Clarke writes of radio waves as murmurations in the sky, and the whole poem seems to be composed of murmurs, of dreamlike but vivid memories, waves of sound falling on the windowsill, the hush of long waves on a beach in Pembrokeshire, the writing beautifully subsumed in water, spilling lushly into Robert Minhinnick‘s waterborne observations of the deft muscle and delphic arc of a dolphin, which surfaces like a bowsaw against the sea’s green grain. One of the editor’s chief successes with this booklet is surely the ordering and arrangement of the poems on the page, and the juxtaposition of Waves and The Dolphin, opposite one another like linguistic mirror images, creates a kind of defining bridge between the traditions and battle-bloodied poems of bygone centuries, and the sober,reflective simplicities of the two remaining pieces – a twin crowning of natural magic, from Clarke’s silver shoal to Minhinnick’s Gulf stream leopard woven mystically into a seascape of the gwters and the gwlis and the grykes. The dolphin is referred to as the swimmer, and Minhinnick veers between a desire to establish kinship –

There are fathoms between us
but we are familiars. I am sure of that.
Because I have walked where it is swimming
through the grey wall slow to fall in rubble

and an observation that is detached yet somehow awed, almost Biblically so:

Turning the page, we are swept from the seas to the firmament, as Paul Henry‘s Segovia Moon begins with the improbable but enticing line The moon’s a guitar.  After such an opening, who could fail to read on?  Henry is from a musical background, and his poetry has been praised by U. A. Fanthorpe as “combining a sense of the music of words wth an endlessly inventive imagination”. This is certainly apparent in the Picasso-esque stanzas of this imagistic offering, in which couples stare up at the moon, cows jump over guitars and a violin meows, all presented in straightforward visions as minimal as they are surreal.  It has the feel of a black summer’s night  in the cooling aftermath of a day’s Segovian heat. Such poetry is a world away from the bare cliff tops and gorse petals of R. S. Thomas, the mingled blood and rain of war, or the quintissentially Welsh scenes laid out earlier in the collection by Alun Lewis, who celebrates

the great mountains Dafyyd and Llewelyn,
Plynlimmon, Cader Idris and Eryri
Threshing the darkness back from head and fin,
And also the small nameless mining valley

However, the collection does not end on foreign soil.  From the hypnotic Spanish moonshine, we depart to more familiar territory, as Samantha Wynne Rhydderch‘s Dressmaking recalls in memoriam Maggie Ty Cwm – about whom no biographical note is given.  There is only a solitary date, or semi-date – c.1920 – and the poet rests entirely on the poem for her descriptions of the dressmaker.  The date of her daughter’s birth, she tells us, was the last thing she’d written / in thread. I love how this warm, loving poem brings together both death and birth, a fitting epilogue to this modestly short but stylistically vast panorama of Welsh poetry from the Seventh Century to the Twenty First. 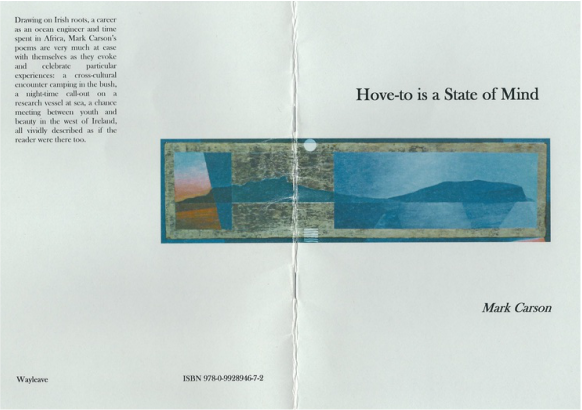