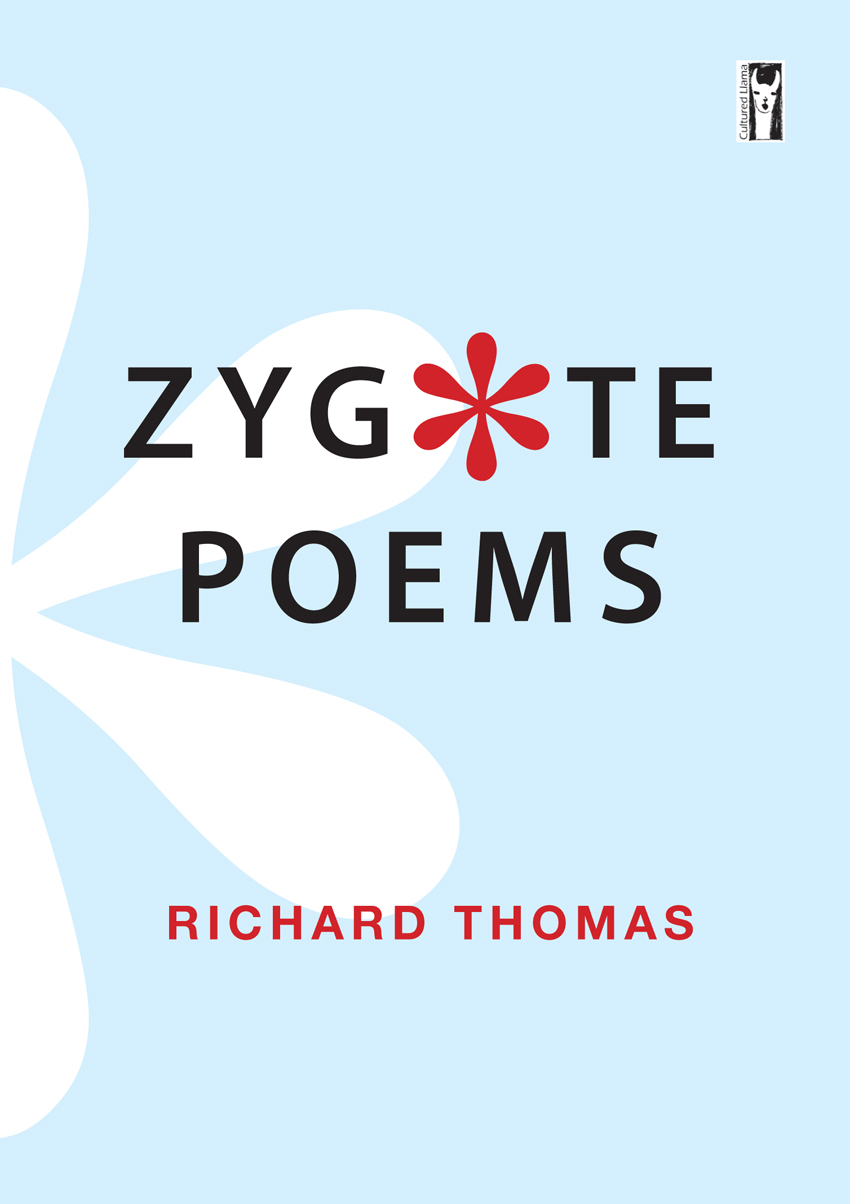 Zygote Poems follows the journey through pregnancy, birth and the child’s first year from a father’s viewpoint. In the opening “Zygote Poem”, fruit is used as a metaphor for the developing baby’s third trimester,

the vital life of the watermelon
puts the womb to gymnasium of limbs,
at Forhtee the jackfruit comes ripened,
adjusted to space and climate,
squeezing muscle and tensing the bone,
making its tracks into the wild.

For many fathers-to-be, their partner’s pregnancy is an abstract state. The mother-to-be can feel her baby move and develop, while the father-to-be is an observer, reduced to clues in his partner’s changing shape or an ultrasound scan photo. There are always risks of complications both in pregnancy and during labour, and their impact on the parents’ relationship. That anxiety is reflected in these poems with phonetic spellings, each poem haunted by a zygote represented by an asterisk. These devices capture the feeling of overwhelming ineptness in the face of the everyday miracle of a new baby. In “@ # & W x3”,

This modern age is lost
in trying to understand the human form
in a series of Weakly emails –
Do you want this baby in HTML
. or plain text?
. (Does the umbilical cord wrap itself
. around Times New Roman?)

Knowing the theory doesn’t prepare the poet for the reality. Fortunately, the journey continues with the arrival of a healthy daughter and a hands-on father. “Aptamil” (a brand of formula milk) begins

The tub was almost keg-like
and I guess it’s like flour
the actual bit of * it;

you thirsty with those eyelids
heavy with a Milliunn questions
and Innewmurabul possibilities;
Siks Munths on and I’m still picking
the power out from beneath my fingernails,
and I know the process plenty well
to get my PhD in it;
Will I teach you for your own?
Will it be a family textbook?”

The anxiety doesn’t diminish, though, and is explored in “Surtralleene”, a phonetic spelling of sertraline, used to treat anxiety, compulsive thoughts, panic disorders and depression.

Acute anxiety induces mind-fog, effectively reflected in the phonetic spellings, as the brain struggles to find words to explain a state of mind overwhelmed by the responsibility of a treasured, longed-for but utterly dependent baby daughter who needs not just the basics of food and shelter, but also the security of love and stimulus to discover herself and develop. A sense exacerbated by reams of unsolicited, generic and often unsuitable advice freely avalanched onto new parents. It’s the state of someone who cares deeply and wants to provide their best, whilst feeling inadequate. Someone whose daughter will be fine. Zygote Poems are an honest reflection of the transition from father-to-be to father, with the broken language reflecting emotional states on that journey.