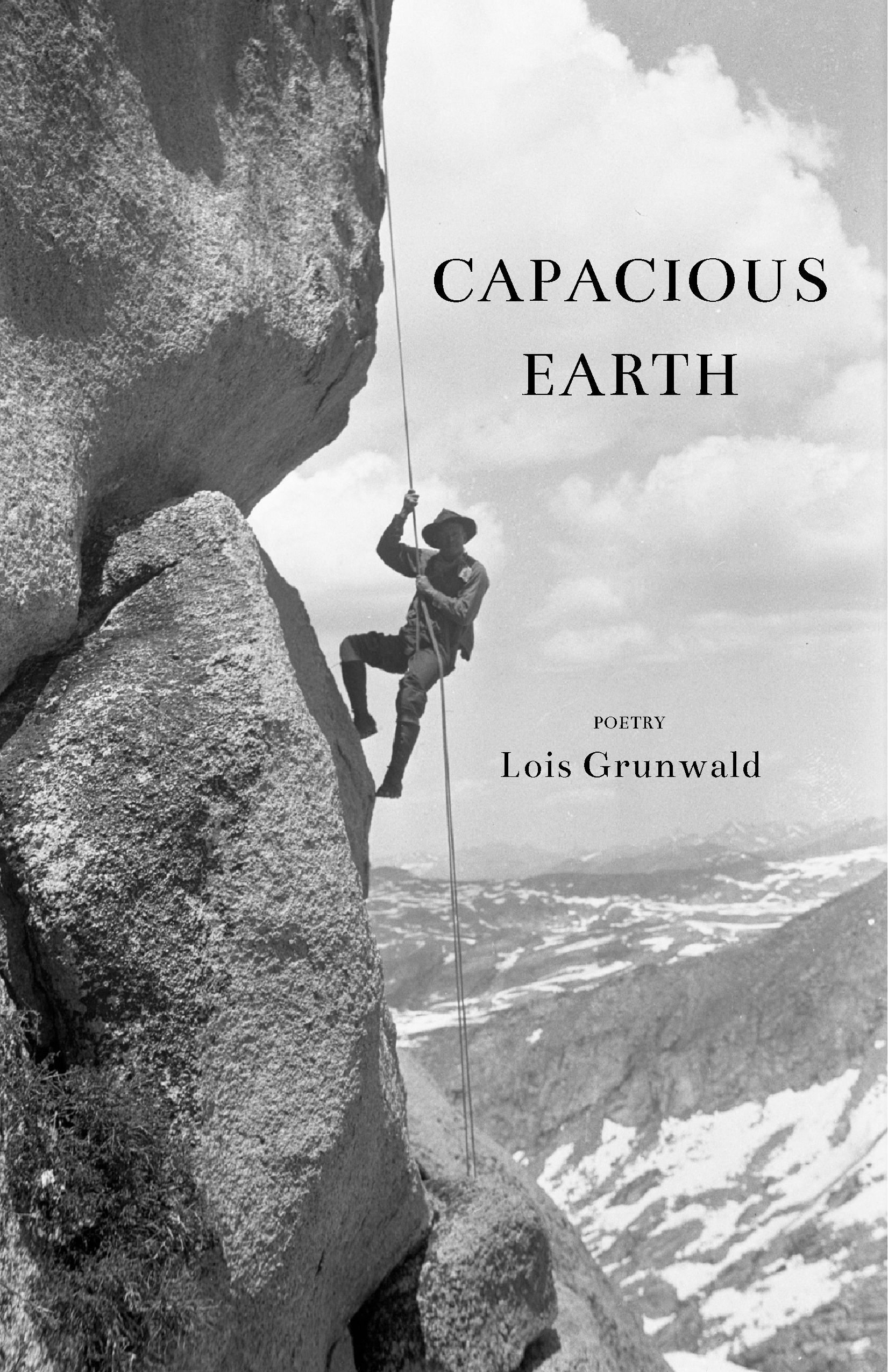 Capacious Earth merges everyday life with the natural world, without nostalgia, and without the sense that one is preferable to the other. Nature encroaches on the urban, and the poet wants her readers to notice and respect it. The title poem is set at Rush Creek, popular with rock climbers, some of whom have lost their lives making the climb. The narrator watches a father and nineteen-year-old son on a camping and climbing trip:

The boy pricks his finger to check for rising glucose
and then pushes a needle into his stomach. Later, he swings up
a vertical rock and climbs along a narrow ledge
as if there are no shadows, no falls, ever. A hawk is heard
before it’s seen, a shriek of the dazed or a sharp intake of breath
that moves me along one step, then another,
over that startling gulf.

The rhythms are that of natural speech, deliberately uneven. The boy progresses smoothly in long lines whilst the narrator stutters on shorter lines, driven not by confidence, but wariness. The boy is almost fearless, whereas the narrator is aware of the danger of falling, and of previous fatalities.

In the office there’s a budding relationship, which could become romance, explored through more than one poem. In “Lake Sunrise”, when a colleague interrupts discussion of a hiking trip:

You bend your head and wish him away. Alone now,
your cheek near mine when I offer a map
of the far-off state in which you’ll travel
tonight after a Nevada car camp and waves
of Utah cliffs. Our arms then hands touch
near the 40th parallel which I’ll see
as photos later in your office with October darkness
in the window.

“After the Embrace” takes place on a trip with colleagues; the narrator and “you” are the last people to leave.

My marriage seems over.
I’m wearing a T-shirt with a blue sky and a hawk
in the morning when you sit next ot me. Plastic salt and pepper
shakers face off on the Formica. Your eyes on mine.
We have to leave this place, I don’t know why.

These are quiet poems that nonetheless capture depths of human experience, against a natural background. Landscape becomes as much of a character in these poems as the human figures. Lois Grunwald’s poems are sharply observant, respectful and carefully crafted.