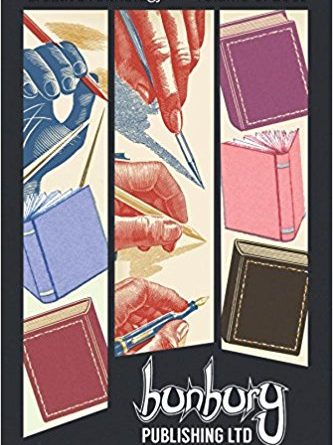 Rejection letters are commonplace in a writer’s life; rarer are the places that foster the writer at all levels of experience through the doors of publication. Bunbury Magazine is one of those places, propelled into being by bland rejection letters and the lip service paid to grass-roots creativity. From its first appearance in 2014, each magazine featured a themed submission call ranging from their Dystopian Special to Politics, which may or may not be the same thing if you are a Bunbury writer. Bunbury Creative Anthology collates the best poetry, short stories and flash fiction from the first twelve issues. Welcome to the world of Bunburyists, a new neologism spawned by the editor and the compiler of this anthology, Keri-Ann Edwards and Christopher Moriarty.

Of thirty three poems by twenty eight poets, almost all are materially different from those upon which general approbation is at present bestowed. Take Judgement Dave‘s ‘The Vulture and the Fat Cat’, a parody of Edward Lear’s ‘The Owl And The Pussy-cat’ which uses its original as a weapon to target capitalism. There is nothing in the English language that quite surpasses a ‘runcible spoon’, but Judgement Dave holds up for perusal the divisive nature of language itself, and his rhymes and half rhymes exacerbate the poem’s alienation.

The vulture and the fat cat went to the city
For a lucrative business float
They took liberties, everyone else’s money
And several small wraps of coke….

Only his re-use of the noun ‘shilling’ in the third verse sounds archaic and out of context.

I particularly liked Fiona Nuttall‘s handling of a digital rectal exam in ‘Man’s Fear.’ Even the shape of the poem on the page resembles the procedure, and the indifference of the doctor is perfectly shown:

Turns to computer
And types my future….

There are many troubled speakers in these poems, perhaps none more so than the entrail-wearing narrator of Suki Spangles‘ dystopian performance poem ‘Meanwhile in Sweden’. His ‘aitch-ah lady’ works in Human Resources, and the Swedish detective show they watch serves as an ironic commentary on where our resources are spent. Spangles’ use of simile in the first section of this poem is refreshingly humourous:

Screams like giving birth to a fully grown and functioning dentist…

There is an exuberance of line in many of the poems featured here, particularly in James Johnson‘s ‘The Eye’s a Wound’, in which a ‘yellow/ junkie who looks like a sad daffodil’ is the new muse and artist of the age. It is a pity that the poet undermines the poem’s power by ending it with not just one ‘etc.’, but two.

If autobiography is the poor man’s history, then many lives that would have gone unremembered have been recorded here. Dave Shannon does this movingly in ‘Man on No. 44 Bus Grenfell Park’, Kevin McMahon masterfully in ‘Magpies’ and Rosa Wright most deliciously in ‘Wobblygob’, spawning yet another neologism.

Many of the characters populating the twenty-two stories of this anthology remained in my mind’s eye long after reading. In Andrew Lee Hart‘s “The Devil & the Hymn Writer”, Faust is reborn as a bowler-hatted Cameron in smoking alliance with a hymn-writing vicar. Kurt Jarram‘s “ Shock!” is a tour de force of cyberpunk world building: the strange, pink eyes and cosmetically bleached skin of Blanc Tony are juxtaposed perfectly with his lover The Lazer Razor’s eyes, which have been replaced by “the two plastic eyepieces of an old type-1 ‘Giggle-Gog’ headest”. The conflict facing his central character is not so far removed from our escapist, addicted present as it first appears:

I needed to get onto a good conduit rig and go for a nice, long shock!

Totalitarian conflict is almost impossible to write without plunging into the nihilistic view of the ‘other’ that such regimes endorse. Rimal Ilyas‘ “Consume me whole” offers a strikingly original response to the horror endured by an inmate of Buchenwald. What the narrator does when the cacophony of voices in his head becomes too loud offers hope not only to him, but also to the reader. He refuses to shield himself from all feeling, with shades of David Grossman’s ‘See Under: Love’. A writer to watch.

Conflict of the metafictional variety shadows David Blair‘s “Honey Blood”. The narrator is a writer who reads writers, and is in turn written by his title character, one Honey Marshall. Are all his stories mysteries, or are they ghost stories?

The story which ignited a fire in my belly and had me craving for more was Natalie Dibsdale‘s “Bear”, with sublime writing echoing Raymond Carver. From its opening sentence, echoed in her final paragraph, this story carries more weight than simple plot resolution. A woman named Ellen, her dog Boog, a bear and a rapacious sheriff all combine to make this the most riveting of reads. The anthology is worth buying for this story alone.

Of the eleven Flash Fictions on offer there is little to fault on economy of word or strength of character. Joe Roberts‘ “Proteus”, and  Sarah Cottingham‘s “The (1)”  feature settings married perfectly with their central characters’ impetuses for action. Lauren Bell‘s “Vanishing Act” piqued my curiosity too, and Benjamin Fisher‘s “The Home Life of Wile E. Coyote” brings wry humour.

There is much to praise in this anthology, and more accolades to follow for what is surely a new lodestar shining above the river Wylde in Bury, Lancashire, the county that spawned some of Tennyson’s most memorable images. 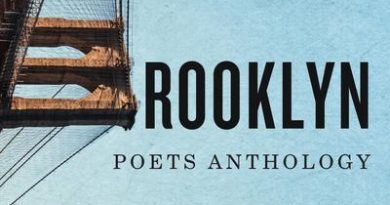 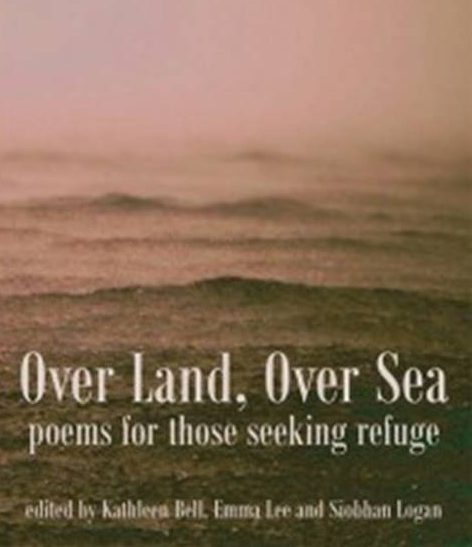