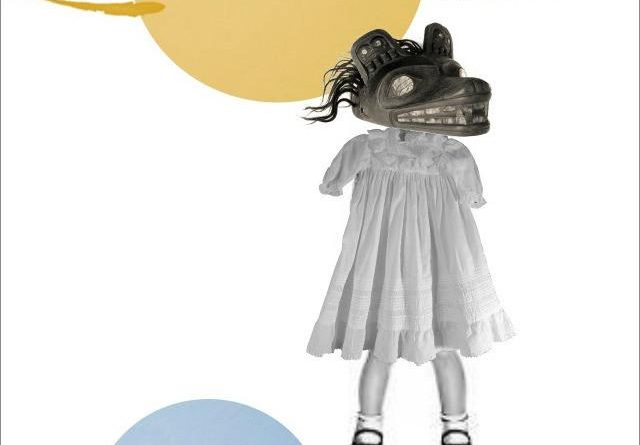 C. A. LaRue is a registered member of the Tlingit Nation of Alaska. The blurb of her pamphlet, Men & Beasts, tells us she also has Irish and Cherokee roots, and that the poems here draw heavily on her heritage. Perhaps the most direct example of that is “Food & Politics”, the oldest poem in the pamphlet, which opens:

My mother defends her potatoes.
My father chucks in sentences about the importance of fish at least
twice a day.
We children argue for red beans & rice.

Food straightforwardly maps her familial roots. It’s a (too) neat parallel, which the poem does go on to complicate. It’s a sort of statement of intent for the pamphlet, but I think the more interesting way that the poems draw on ancestry is when they embody (and so question) ways of being and seeing. “Crossing Moose” is a meeting between the speaker and the moose, in which the animal is as present and understanding as the speaker, who faces the equal other without remaking the moose into something more akin. It is “all legs”, “a furry melon with a bony crown”. It is “fury [and] steaming nostrils”. I’m not sure how to visualise the surprise of the “furry melon”, but the poem holds it and the speaker before two possible outcomes:

In the opening stanza, the moose is standing over “my little Fox”, so perhaps this is a communion between moose and fox. The next poem in the collection is poem called “How to Keep Your Fur On (Raven Speaks to Bear)”, so why not fox speaks to moose? I’m missing something, and maybe it’s this gap that makes me read the speaker as human, or maybe my reading reveals my resistance to such parity. By interpreting the narrative of equality as a human act, I have aligned myself with the voice, giving us agency, thereby elevating us, you and me, even as I claim not to.

It’s a nicely sustained moment, but it also challenges how we engage with the world, the balance between perception and physical reality. In other poems, this might take the form of mountains that some days “wear sweet strawberry ice cream or glistening / green mounds of chocolate mint fudge” (“Lookout Misty Fjords”). The descriptions and comparisons, with ice cream, the ocean, and wild men leaping like salmon looking to spawn, lend the mountains not just their appearance, but also context and a viewer: personality and preoccupations inscribed onto the landscape. Or it might be the landscape that’s inscribed onto the body. “White Smoke (In the Aleutians)”:

this is my way of saying, mama
this body is on fire

from the inside out
the straw blackens       creaks

The landscape is everything. It is your language and your values. It’s the voice you have or have not. In “You’ll Go Down in History”, Santa’s reindeer bring some humour to the radioactive contamination of indigenous land, and the attitudes of Project Chariot and the US Atomic Energy Commission, which, in the 50s, planned to use nuclear detonations to create a new harbour in Alaska:

silly reindeer, you don’t have rights!

Poems can be furious, but it’s not easy to create and nourish the tension of a poem in pure anger. Lines like, “tell all those little moon-faces, this is the // heart of the Arctic, // the rest of the nation don’t care, // come on”, seem a bit weak, loud but without force. It’s the humour, the absurd, that gives weight to LaRue’s fury, her directness. I’m won over by:

forget glowing noses, Cesium in the lichen
moving onto the plate

today’s dinner is brought to you by Project Chariot
tastes like an x-ray, but good juicy data […]

The landscape is political. It’s in the food you eat and the stories you tell, and “Girl on the Rocks” isn’t less political for being intimate. The wind blows in from the north, with stories of black hair sucked white “by its howling”. When the narrator promises herself that she’ll go out and test the beast, the windows shriek and the walls crack. She curls up on herself within the wonderful image of a house “trying to hatch some / terrible bird”. At its best, Men & Beasts is an imaginative exploration of the balance, or space, between perception and physical reality. It’s full of surprising imagery, and rich in its heritage. 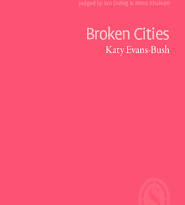