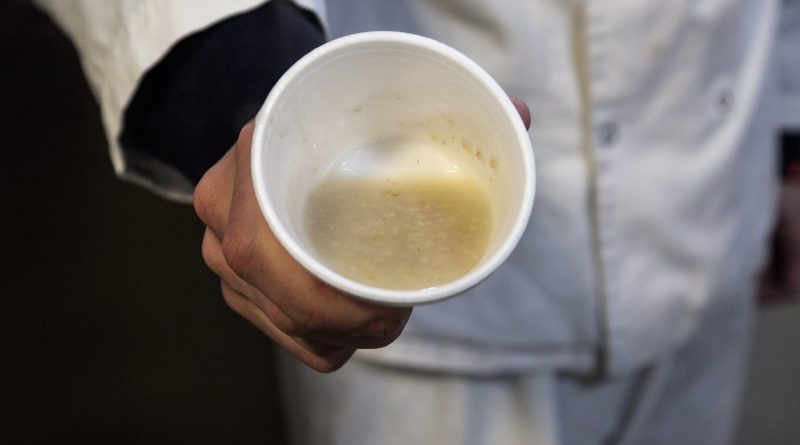 I could, I suppose, belabour this review with navel-gazing observations about how we are all prisoners of something; and that the parallel rises in, on the one hand, obesity, and on the other, eating disorders and food intolerances could be taken as evidence that for many of us, our prison is dietary. I could do that, but I’m not going to because to do so would be to entirely miss the point of Past Time, and the utter joyousness of its performance by a cast of serving prisoners at HMP Hewell.

Billed as “an exploration of the history of prison food”, Past Time was created by Rideout (Creative Arts for Rehabilitation) as part of the Prisoners, Medical Care and Entitlement to Health in England and Ireland, 1850 – 2000 project. Commissioned by the University of Warwick and funded by the Wellcome Trust, Arts Council England, HMP Hewell and the University of Warwick, it was researched and devised in an astonishing twelve days by the prisoners themselves, facilitated by Rideout’s production team.

Taking the form of snapshots of the life and cuisine of British prisons at various points over a hundred and fifty year period, this was a performance that had it all: satire, laughs, music, mime, audience participation, actual food to try – and an intriguing insight into shifting attitudes in the unseen society beyond the prison walls and their impact on those behind them.

And it was quite a journey. From the mid-nineteenth century, we witnessed prisoners subjected to humiliating régimes, inhumane punishments and starvation diets so lacking in protein that they routinely caught insects to beef up their gruel. Feigning illness to gain access to the marginally better food of the prison hospital was also common.

From the early twentieth century onwards, there were gradual improvements in conditions. Documented in the piece were the accidental role of Victorian fraudster Jabez Spencer Balfour – sentenced to twelve years in Portland Gaol – in the introduction of rations tailored to individual prisoners’ requirements, and the move to healthier food grown on prison farms. In the final set piece, the prisoners, watching England’s infamous penalty shootout in the semi-finals of the 1990 World Cup on an imaginary TV, placed bets of biscuits and packets of crisps on which player would score.

But in this case, it really was more about the taking part than it was about the winning. There were some terrific individual performances, but what shone through most clearly was the gusto with which the men approached it as an ensemble, the relish with which they took on roles such as judge, prison warder and governor, and their almost-disbelieving delight in making the audience laugh, for example with the satirising of well-known TV advertising campaigns:

This is not just any old rabbit, slung into a pot with a couple of manky carrot peelings and served to you with sod all else. This is HMP rabbit!

And they may be incidental points, but what was also very obvious was firstly, the enduring importance of camaraderie amongst the men for getting through a stretch, and secondly, their intuitive knack for language and performance. In a piece described by Public engagement Officer Flo Swann as “polished improv” rather than formally scripted, the audience was carried along by the men’s phrasing, body language, and comic timing.

I don’t know what I was expecting from a play put on by serving prisoners. But I don’t think it was to see one of the funniest and most enthusiastic shows I’ve seen in a while. At the end of the performance, each man was permitted to say a few words about what participating in it had meant to him. It was clear that for all of them, it had meant a lot. And that says much more than anything I can say here about the magical power of theatre. 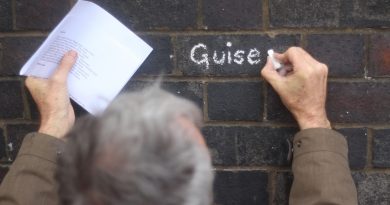 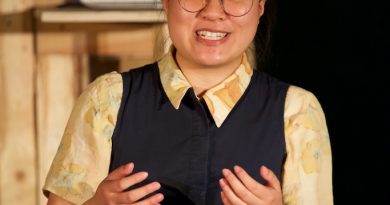 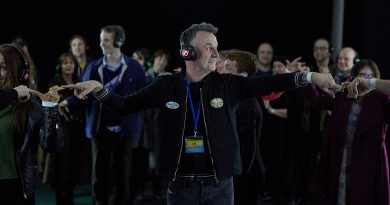