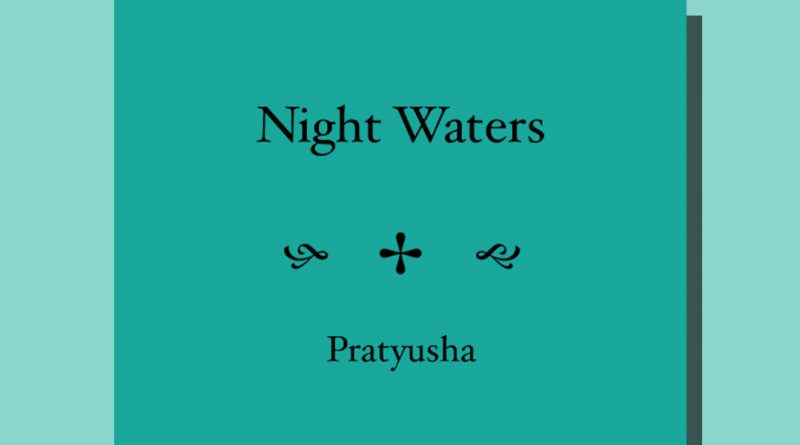 Near the beginning of her debut pamphlet Night Waters, Pratyusha translates a fragment from a ghazal by the Urdu poet Parveen Shakir:

I am the glimmering reflection of fragrance; my dispersal is relentless
let no one attempt to gather me back into a single scent

Glancing across multiple senses and scattering what was never a unified body or self, these lines distil the pamphlet’s wider poetics; momentarily caught but not capturable, synaesthetic impressions mark an intensity of attention whose reorientation of and to the world lingers beyond the pamphlet’s close. Night Waters is concerned with the (re)activation of diasporic cultures, connections between (gendered/racialised) bodies, ecologies and land, food and music, love and loss—yet it refuses the enclosures of a legible narrative or set of themes.

Instead, Night Waters operates through a kind of dream-logic. Unsettling distinctions between day and night, myth and reality—the poems enact a blurring or seeping that never falls into ease. At the same time, the tension of the ‘tanpura strung across the black water’ in the opening poem ‘nightmare’ holds throughout the collection, between figure and ground and between the instruments of poetry and its cavernous dreamscapes. In ‘nightmare’ and several other poems in the pamphlet, Pratyusha uses punctuation and spacing to amplify this tension, creating dialogic or ‘echo poems’ that fragment and multiply the speaking voice.* These poems visually highlight questions that ricochet far more widely across Night Waters: how and of what is the ‘I’ composed and recomposed?

The poems’ subjects are not only embodied, but also ecological; being is layered and entangled with the more-than-human. This is most visible in the ‘webbed’ and ‘fibrous’ compounding of words in ‘Navigation’ and the porosity of body and land in ‘adagio’. However, across the collection, Pratyusha looks to seasons and weathers as the poems’ sounding-spaces, shattered from their habitual patterns and passages through the split subjectivities of diaspora and environmental upheaval. For instance, ‘New Moon (Scorpio)’ places ‘a summer returning over and over’ beside ‘the frozen panorama of spring’ and ‘the winter without end’. The temporal lapses and frustration of progression set the poem ‘spinning on the quietest axis’—the axis of the Earth, but also the far smaller but equally pivotal ‘scorpion’s sting’, whose puncturing is inescapable in the poem, lingering in the rhyme ‘[l]ike the sting of an irreversible thing.’ Night Waters challenges readers to inhabit these tense spaces of conflicting scales and disorienting relations from our differing and overlapping locations. Simultaneously, it gifts us luminous formations, ‘ground-constellation[s]’ and ‘rose-words’, holding out for possibilities of attunement, knotting into language and place.

The collection is also full of intimacy, from the unspoken conversations of ‘Transcript’ (‘You don’t want / to speak. I understand. We break words halfway…After all, you are / the last colour’) to the weathered tactility of ‘laguna’ (‘August brushing / my hands like palm fronds’) and the everyday practices of care and grief in ‘bananamap’ (‘your adjacent body / sweating with tenderness’). Knowledge is bodily and fluid, sometimes painful. Intimacy emerges through close contact with other people but also gods and the cosmos via stories, traditions, rituals, melodies. In her notes to ‘Raga Megha Malhar’, Pratyusha writes that in the Indian musical tradition, a raga—a pattern of notes or template of possibilities for a musician—is considered to ‘have the ability to “color the mind” and affect the emotions of the audience’. The word raga (राग) comes from the Sanskrit word for colour or dye, and the poem’s speaker dresses in it:

I go out wearing the garment

of classical music, the sitar’s high strings
twined around me, cinched with crushed
cloves. They always look like hooks.

Pratyusha plays with the raga’s physicality as something to be felt emotionally but also caught up in, expressed, heard, smelt. The sonic echoes of ‘cinched with crushed / cloves’, ‘look’ and ‘hooks’ are inextricably linked to the synaesthesia of the lines and the poem’s highly embellished texture.

Such complex interweaving is at its height in the pamphlet’s stunning penultimate poem, ‘nighttime ghalib’, in which Pratyusha intersperses translated fragments from the eighteenth-century Urdu and Persian poet Mirza Ghalib with her own compressed lines. The poem is made up of material artefacts and residues:

defaced strewn coins, footsteps lined with mud
innocent heart, what has affected you so?

seawater, yellow candlelight, murmured superstitions
by the time you learn about me, I will have become dust**

The poem’s address moves back and forth, words sliding past each other like ghosts in the traces of decay. There is a sense of never being fully in the present, as the lines slip between memory and anticipation. Here, the ‘nightmare’ of Night Waters’ opening poem fades into the ruinous ‘wanting of exposed wires’, yet the intensity persists in the almost stifling alliteration of ‘empty echoing conch calls, choking on incense’. The poem takes us to the limits of what is bearable, and then asks what is left, a slower, more enduring yet mutational poetics after the fever. It is this capacity to shift, to (un)translate between bodies through the prismatic surfaces and cavities of lyric, that makes Night Waters so compelling, so multilayered, so intoxicating. Any reading is surely partial, a thread or a taut string through.

*Pratyusha uses the word ‘echo-poem’ in a conversation about her work with the poet and critic Maria Sledmere. See ‘Volatile Warmth: An Interview with Pratyusha’ in SPAM, https://spamzine.co.uk/post/181252733737/volatile-warmth-an-interview-with-pratyusha.

**The second and fourth lines in this quotation are taken from Mirza Ghalib poems, translated by Pratyusha. The original poems (in transliterated Urdu, with word-by-word translation) can be found here: https://www.rekhta.org/poets/mirza-ghalib/all. 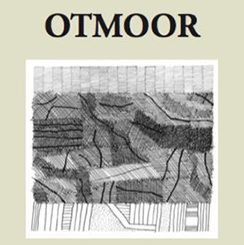 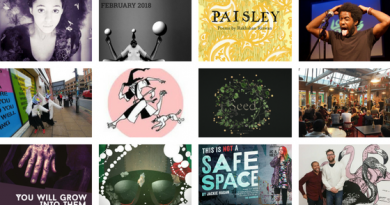 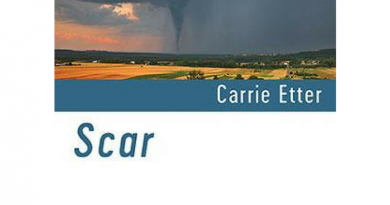