New Fairy Tales‘ mission statement is there in its title, and stated again on its website: ‘to promote the writing of a generation of new fairy tales’. Fairy tales, those deceptively straightforward, ever-evolving, world-shaping things, are vital to a healthy literary culture and to the human imagination, and writers of all backgrounds and genres seem to enjoy playing with the old ones – but the creation of new ones is an important endeavor too. I’ll be honest, I have a fondness for New Fairy Tales that stems partly from the fact that my first short story publication was with them (‘The Siren’s Child’, in issue 2, if you were wondering), but I do believe the magazine fills an important niche. It also encourages readers to support a children’s hospice, providing a donation link, and is online, easy to navigate, and aimed at as wide an audience as possible – because the important thing about fairy tales is that they get read, or heard, or seen. Which isn’t to say the editors aim to please everyone with fluffy, U-rated content. They acknowledge that children can be attracted by the dark and the twisty, and not all these tales end joyfully.

I think narrative and symbols are mind-food for all ages, as beauty is soul-food – and this is certainly the most beautiful issue to date. Two pieces of Faye Durston’s art early on set the tone, enigmatic stories in themselves; how lovely to spend a stolen work-break clicking through something as full of the promise of escape and wonderment as a thick hardbacked tome you’d read as a tucked-up child. The issue reaches pure daydreamy gorgeousness with Adam Oehlers’s graphic story ‘Dear Little Emmy’. This is really a very short and simple ghost tale, but told with such witchy tree-knotty stream-drowny images, the wordlessness making it all the more whimsical and cruel, that it lingers for a long time after. In fact, Oehlers is a favourite new discovery of mine, thanks to this issue.

The prose stories in the issue all take very different approaches to the idea of a new fairy tale. Opening the magazine is ‘Ragabone’ by John Patrick Pazdziora, the tale of an old man who doesn’t speak, the children who taunt him, and a clockwork bird, that feels at once faraway and close to home. The prose is straightforward and always stays good-humoured, but there are little language-choices that subtly evoke what it is to be ‘othered’, like the way the children choose a name for the central figure and then use it to justify their jeers, explaining to each other that he’ll eat people for their tongues “because he’s a Ragabone”. This is one of the best approaches to a literary fairy tale for today – containing morals, but not moralistic.

A tale with a traditional feel in a more modern setting is Rebecca Keller’s ‘Borealis and the Thing-Finder’, in which events happen in threes and unexpected places lie around the corners of a freezy concrete city. There’s a satisfying fairytale rhythm and shape to this one, though too much was explained at the end for it to leave me wonder-filled in the way the best tales do. A highlight is Stephanie Campisi’s ‘The Glass Girl Looks Back’, in which the jagged journey of the glass girl is complemented well by the telling: a sad tale with glittering imagery and jagged irony, particularly in the moment when the glass girl sees the “shimmering trail” left behind by her splintering feet transformed by the setting sun into an “arch of plaited light” – and in her reaction to seeing herself broken:

‘her breath caught in her fragile throat when she saw the extent of what she had made, and she stood for a moment more, thinking she was indeed beautiful’.

There’s also a dark fantasy in Emma Matthews’s ‘The Lady Wore a Shawl’, fun meta-narrative in Natalie Brown’s ‘So it is Written’, and a melding of horror and fairy-tale in Mark Tomlinson’s ‘Der Kinderaube’, keeping the contents stylistically and thematically diverse.

I found the poems in the issue interesting but wanted more from them. ‘The Narratologist’s Monologue’ by Gaia Holmes plays with the idea that we should leave fairy tales behind, and how it’s not that simple, juxtaposing

‘You’ve got to climb out of the fantasy’

‘Night times are the worst

as I try to disentangle myself from the narratives

as I try to leave those mutilated maidens

to fend for themselves’

– and then showing ‘fairy-tale’ and ‘real-life’ narratives to be far more co-tangled than the proponents of growing up would have us believe. But as a poem this didn’t feel quite done, as if the language could have used another layer of crafting to make it really stick.

I had the opposite problem with Kelly Swain’s ‘An Ambivalence of Ladybirds’, brimming with startling imagery, and Ryan Ormonde’s ‘Wondertale’, rhythmic and strange – neither had a tangible impact (on me, at least), despite the interesting language-play.

Overall, there’s much to admire here – the editors’ eyes for beauty and variety, the line meandered between traditional and new, the affirmation of storytelling. I’ll leave you with the trailer for the issue, which is perfectly magical: 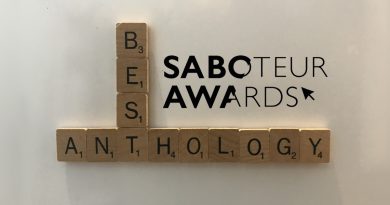 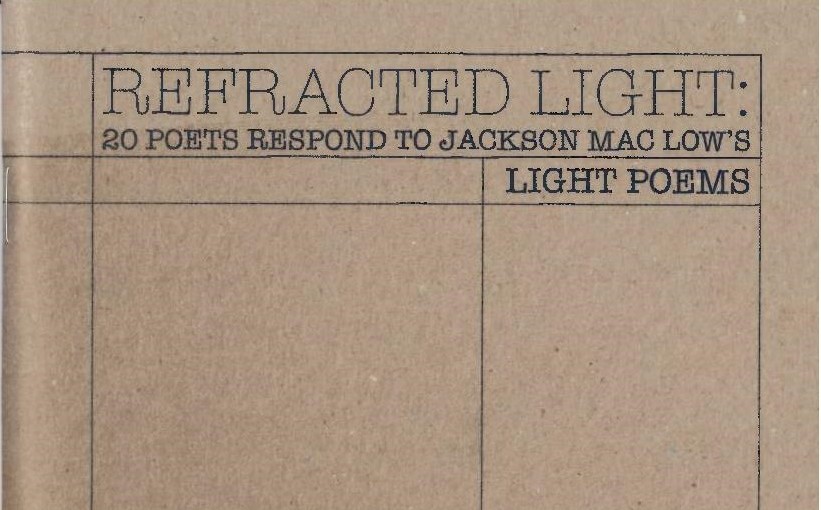