Long, Drawn and Other Random Bits is a visually arresting collection of self-published short writing by its author and illustrator Bradley E. Robinson. A series of observational pieces, short stories, photos and drawings, it is in the author’s own words a “folio…for the adventures, perceptions, and randomness of a generation…intended to be nothing more than a window of a generation”. Credit to Robinson, the title could lower expectation levels into something resembling, graphically at least, that of a ‘zine but Long Drawn… has higher ambitions. It is a professionally produced collection and I couldn’t help but think Robinson had more than one definition of folio on his mind when he made this available as a free download. Not only does he know his way around desktop publishing but his illustrations are striking, a series of tattoos that (l)ink his words together.

And in his words, despite the undeniability of the ‘random bits’, there are recurring themes or motifs that help pull this folio together: the ebb and flow of friendships, bus journeys, new beginnings, lost endings and bourgeois attempts to limit freedom of choice. Robinson appears to be more at ease with the observational or creative non-fiction elements, but I was suitably impressed with ‘Apre Moi’, a coming-of-age tale that ticks all the requisite check-boxes (drugs, love, study, parents, mates) as well as the not-so-common issue of mental illness, but it does so with a hefty dose of charm, humour and honesty, such as when Onowa’s father ‘confronts’ him about his nightly escapades:

“Are you going through the window, when you go out at night?” he asked me without breaking his
stare from the television…

“Umm…” I replied gauging his cool tranquillity with such an issue.

“Just use the god damn front door next time.”

His other short story ‘The Farmer’ didn’t grab me in quite the same way. I felt it over-reached itself somewhat in its attempt to recreate a futuristic society whilst trying to provide weighty social commentary. But I won’t dwell. It could just be me that didn’t take to it. There’s plenty worth noting elsewhere in Long Drawn… such as ‘The Canadian Memoirs’, a road trip incorporating a series of character sketches. The writing is sharp and here the observational stuff is much less intrusive:

In one carry-on put all your urgent needs for the two-day trip that is about to follow. Sleeping aids are advised.

Robinson’s style is functional. Dipping occasionally into witty, he’s never smart-ass with it. This suits the semi-reportage tone blending in with the photos and Polaroids, more in keeping with a magazine and reinforcing his skater-ethic (which becomes evident in certain stories). There are a few errors strewn throughout the collection but these are not enough to detract from the overall quality of the publication. I’m sure it’s the case that some of this is down to what Bradley E Robinson sets out in his ‘Forward!’, that ‘this haphazard venture…will be lost in translation’ but I did find myself wishing that a bit more care had been taken when choosing certain words. Undoubtedly there are examples where this is intentional, but equally I found occasions where it seemed slightly careless, or if intentional, detracted from the flow of the sentence. This aside it is difficult to criticise something that has been so lovingly crafted and made available for free. Not all the stories were for me, but those that were I enjoyed and it’s clear that Robinson has a natural flair in his ability to navigate his way across the page as he does across the continent. 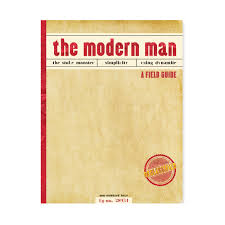 The Portable Museum (Ox and Pigeon)

December 13, 2012 Editor Comments Off on The Portable Museum (Ox and Pigeon)