Thanks to Le printemps des poètes, an annual French event about poetry, the book Fleurs (flowers), by Jean-Baptiste Cabaud, published by a small and independent press La Passe du Vent, was available last month all around Lyon, even in mainstream bookshops! A little victory for the local press created in 1999 by the local poet Thierry Renard, and an opportunity for the public to discover an original production.

Fleurs allows readers to rediscover the poetic theme of flowers and spring under a new light. Jean-Baptiste Cabaud projects a personal love story through these blossoms, from carnal desire to the births of baby flowers, but in his own new way. For example, he did not write about perfume or beauty of blooms but about their ability, despite their vulnerabily, to rise within bad conditions. For a start, here is his introduction, in just one sentence :

(‘what secret obsession flower drive you to grow?’)

He goes on to explain how they survive in an unwelcoming world:

(‘Flower defends itself. Flower thorns against assaults. Arms itself with multiple pins against the march of the midges, the steady procession of the caterpillar. Against magpies and jays, beetles, hands of a gardener, fragile flower armed from foot to neck, deploys, reveals spikes. Coated in pikes all that isn’t head. Punk studded flower – emo goth girl of the fields – harnassed bristling warrriors, flayer bark, claw that wants to love them, scratch the lover’s vase.‘)

These musical prose poems about flowers alternate with numbered poems in verse about a romantic encounter. The latter are more chiselled, sometimes very short, focusing on some moments shared by the couple as a farewell on a train platform or a simple dance. Sometime, they give an impression of silence, or, more accurately of time stopping. As a whole, the story is very elliptic, as Jean-Baptiste Cabaud gives just few glances of his souvenir. We do understand that the meeting starts a 29th January by a “us” (nous) which repeats in all of the following poems of the book, like the repetitive sound of a drum :

At the end, we are in June. Spring is over. And, even if the flowers rise, they remain ephemeral. The “us” transforms into an “I” (je). At this time of the book, this small word is standing alone as a whole poem.

As I closed the book, I realize that what impressed me is how Jean-Baptiste Cabaud succeeded to speak about this over-exploited topic of love and flowers during spring and bring so much innovation, destroying the clichés to create something new and delicate. 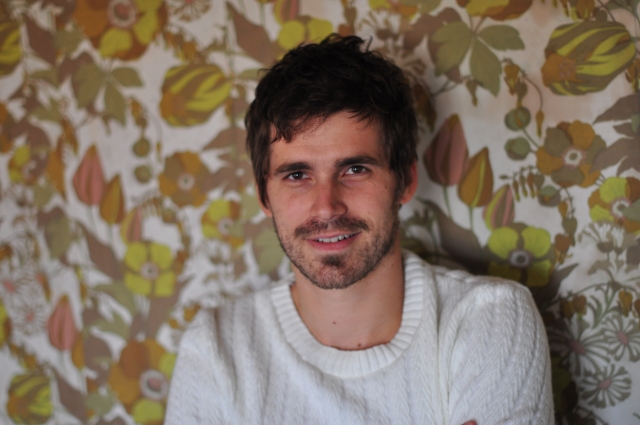 June 27, 2014 Editor Comments Off on Sylvia by Antoine Wauters