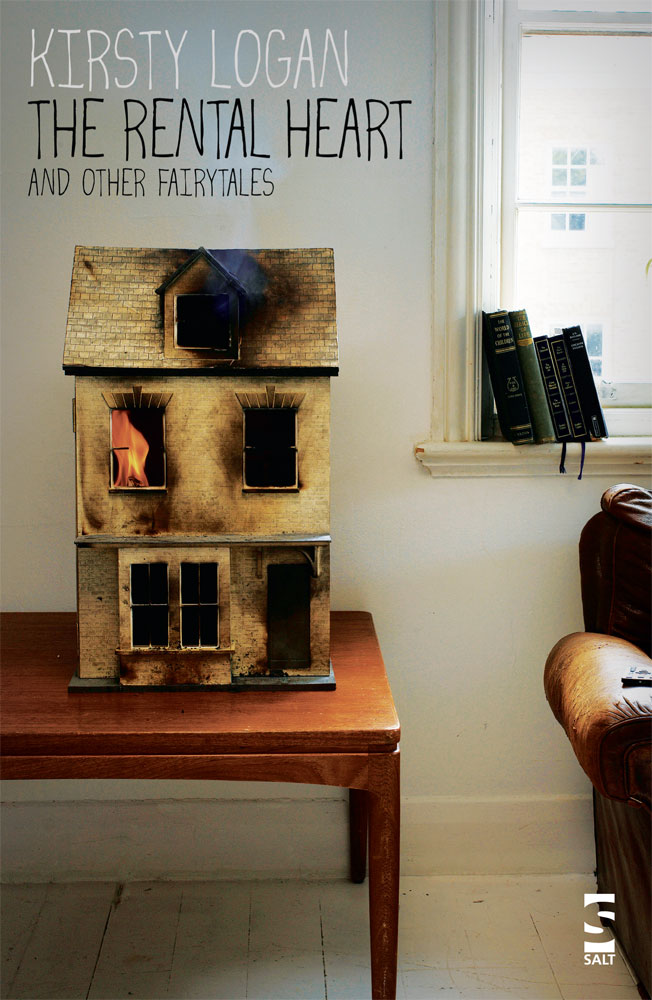 I approached The Rental Heart with a great deal of interest – published by Salt, Kirsty Logan’s debut collection was a recent recipient of the Saboteur Award for the Best Short Story Collection 2014, and has received high praise from various quarters, including the broadsheets and across social media. What first struck me – besides the searing quality of Logan’s writing – was the brevity of some stories in this collection: some are only a couple of pages long, the longest only sixteen pages. And yet the bruising power of Logan’s prose is immediately apparent, regardless of the length of the story. This is a collection of fairy-like tales to shock and intrigue. 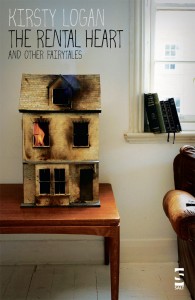 The collection begins with the title-story, and is a real belter. In ‘The Rental Heart’, an unnamed, sexually-ambiguous narrator replaces his/her own heart with clockwork versions following a broken love affair. The rental of such hearts is an act of self-preservation, but Logan paints a layer of sadness over the cynicism. The narrator’s original heart was ‘shatter[ed] like a shotgun pellet’ at the end of his/her first relationship breakdown; it is to protect himself/herself from such emotional destruction that he/she starts to rent mechanical hearts. For a time, it seems to work: when another relationship ends, he/she simply takes the heart ‘back to the rental place. Nothing choked or shattered or weighed me down’. It is not a straightforward arrangement, however, and the story ends powerfully, revealing the emotional cost of relying on a mechanical, unfeeling heart.

The use of mechanical metaphor for emotions occurs elsewhere in this collection. In ‘Coin-Operated Boys’, a Parisian lady (Elodie) rents a mechanical suitor (Luc-Pierre), initially to dissuade her real, human suitors. However, her attachment to Luc-Pierre grows and Elodie displaces her desires onto the coin-operated boy, to the extent that ‘[t]heir weeks together were the most wonderful of Elodie’s life’. As in ‘The Rental Heart’, the ending of the story offers a neat twist on this arrangement, again questioning the sense in displacing real, fleshly desires with mechanical, functional fulfilment.

Logan is masterful at surprising and offering up magic to her readers, though there is a line of subtlety alongside the elements to make the reader gasp. For example, two teenagers are magically and bizarrely different to their peers in ‘Una and Coll are not Friends’ – Una has antlers, Coll a tiger’s tail. The story offers a fantastical twist on the very commonplace teenage sensation of feeling set apart. Similarly, a typical tale of a lonely woman whose partner keeps finding reasons to stay away is transformed into a magical offering when the woman constructs a replacement man from paper in ‘Origami’. Another story, ‘Girl #18’, a tale about a brother’s grief following the death of his twin sister, is handled with exemplary skill and is a touching read. Similarly, The Light Eater is a lovely story, beginning with the odd image of a woman who eats lightbulbs. But, with many of Logan’s tales, the story is ultimately revealed to be about broken, damaged hearts: the woman eats the lightbulbs so she can mark out a landing strip for someone who has been lost at sea. It is a short, compelling piece. In less accomplished hands, these recurrent themes of heartbreak and isolation might make for mawkish reading, but Logan is too skilled for this to happen.

Logan is a writer unafraid to challenge the reader – her stories demand attention and, like poetry, some are better with a second reading (‘Feeding’, for example; a story about barrenness and marital distance, but one that ends with hope). Her sex scenes are muscular and unflinching, and not for the faint-hearted, but relentlessly effective. There are also some lovely, almost throwaway descriptive passages. ‘[t]he sky [is]as grey as your granny’s knitting’ in (‘Una and Coll are not Friends’); a ‘toenail-clip of moon’ in ‘The Gracekeeper’; a character ‘kissed like a bank robber, like she was trying to get in and out as fast as possible’ in ‘Witch’.

Kirsty Logan has been slated as a writer to watch, and alongside winning the Saboteur Award for Best Short Story Collection, The Rental Heart has been longlisted for the Frank O’Connor International Short Story Award. The stories within are inventive, beautiful, and shocking by turn, and the collection is one worthy of praise and awards.