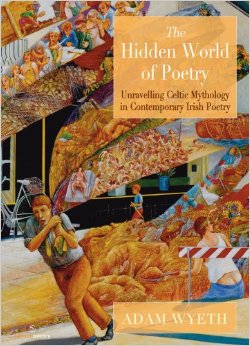 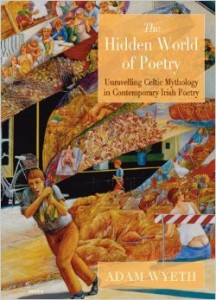 Adam Wyeth’s The Hidden World of Poetry: Unravelling Celtic Mythology in Contemporary Irish Poetry is a useful and intriguing introduction to both subjects mentioned in the title. The book is composed of a series of tightly-written essays that use close readings and the author’s encyclopaedic knowledge of Irish mythology to parse poems by the best-known contemporary Irish poets. The essays are interspersed with Miriam Logan’s lucid, richly atmospheric ink-paintings and each essay is introduced with a quote from an appropriate expert on the psychology of myths, from Bjork to Yeats, and Italo Calvino.

In his informative introduction, Wyeth elaborates on the close connection between Celtic culture and poetry. He writes:

The word ‘Celt’ itself is shrouded in mystery, believed by some to come from the Greek, ‘Keltoi’, meaning ‘hidden people’ – a reference to their lack of written records perhaps, and tales which were passed down through the generations by the druids and poets who studied long years to commit all their knowledge to memory.

Wyeth pays attention to language. In his analysis of poems by such luminaries as Maurice Riordan, Seamus Heaney, Paul Muldoon, and Patricia Monaghan he treats each word as a mine-rich ore, drawing out a golden history for every image. In his close reading of Monaghan’s brutal, beautiful reimagining of the myth of Mad Sweeney, ‘Dark of the Moon’, Wyeth follows a trail of linguistic associations that lead to a seemingly-inevitable conclusion:

The poem uses the changing phases and faces of the moon as a device for Sweeney’s state of mind. ‘Fat and fair-faced,’ ‘gleaming glance’, when he was a blood-lusty warrior; to ‘lean and stern of late.’ Shedding his ‘feathered cloak’ and running ‘naked with wolves’ alludes to another transformation. Wolves feature prominently in Celtic mythology. The  Irish word for wolf is Mac Tire meaning literally the Son of the Countryside and has associations with human transformation. In Monaghan’s own Encyclopaedia of Celtic Mythology and Folklore she describes the wolf as a creature that could see into the otherworld. Down through the ages, the full moon has strong connotations of transformations – especially into werewolves.

Wyeth’s analysis digs much deeper than history and image; he has an ear for sound, for the music of poetry and the layers of meaning that verbal music can add to a work. Discussing Mary O’Malley’s sensual poem ‘Bean Sidhe’, Wyeth reminds us of Alexander Pope’s belief that, “sound must seem an echo to the sense.” Referring to the poem, Wyeth says that, “The sound-echoes sensuality is deepened through the physical end-rhymes that move down the poem, such as, ‘lips/hips’, ‘oh/grow’, ‘dry/eyes’.” The great strength of this book grows from the combination of technical study and elaboration on the themes of myth. Form and content are explored together and the result of this is that the reader leaves with a deeper understanding, not only of the history behind the poems, but of how the poems generate their strong effect.

There is a single glaring flaw in the formula that Wyeth has created. Between poem and analysis, Wyeth interrupts himself to force a biography of the poets whose work he is discussing. There is no structural break between the biography and the rest of the essay, biography and analysis jar against each other, and the shift in tone is distracting. He would have done better to include the authors’ bios in a group at the end of the book. When the reader looks beyond that odd choice, they will find that each chapter in this book reveals something new; a poem, a fragment of history, or a piece of a great story that has become detached from context. By focusing with such intensity on detail, on this specific word, each essay serves, seemingly paradoxically, to draw the threads of myth together, transcending time and country, so that, ‘In this sense, we can all claim a Celtic identity.’ 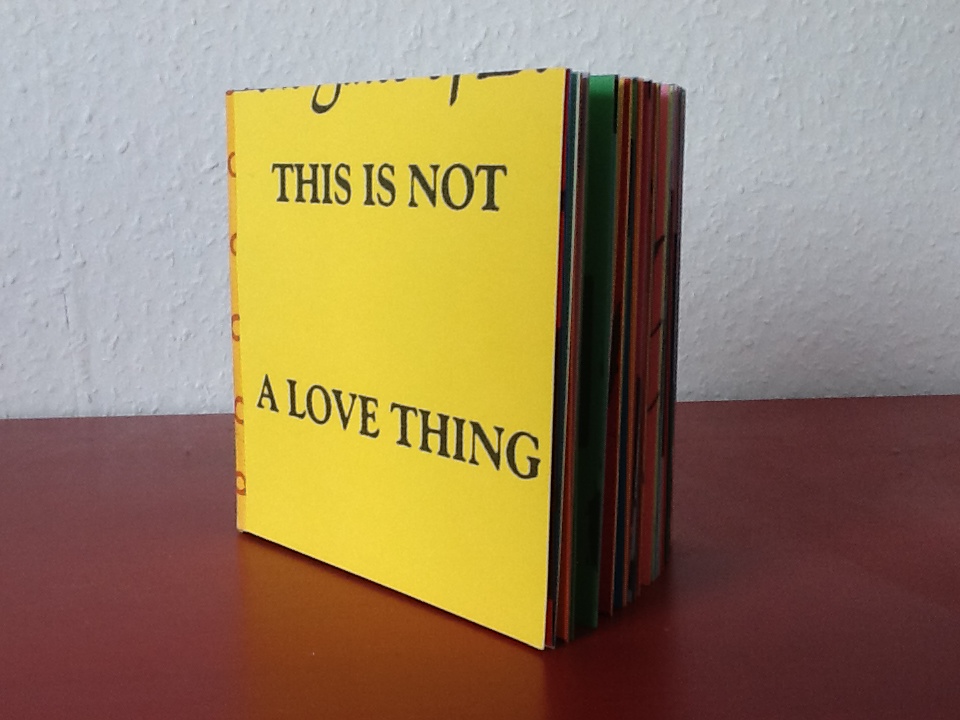