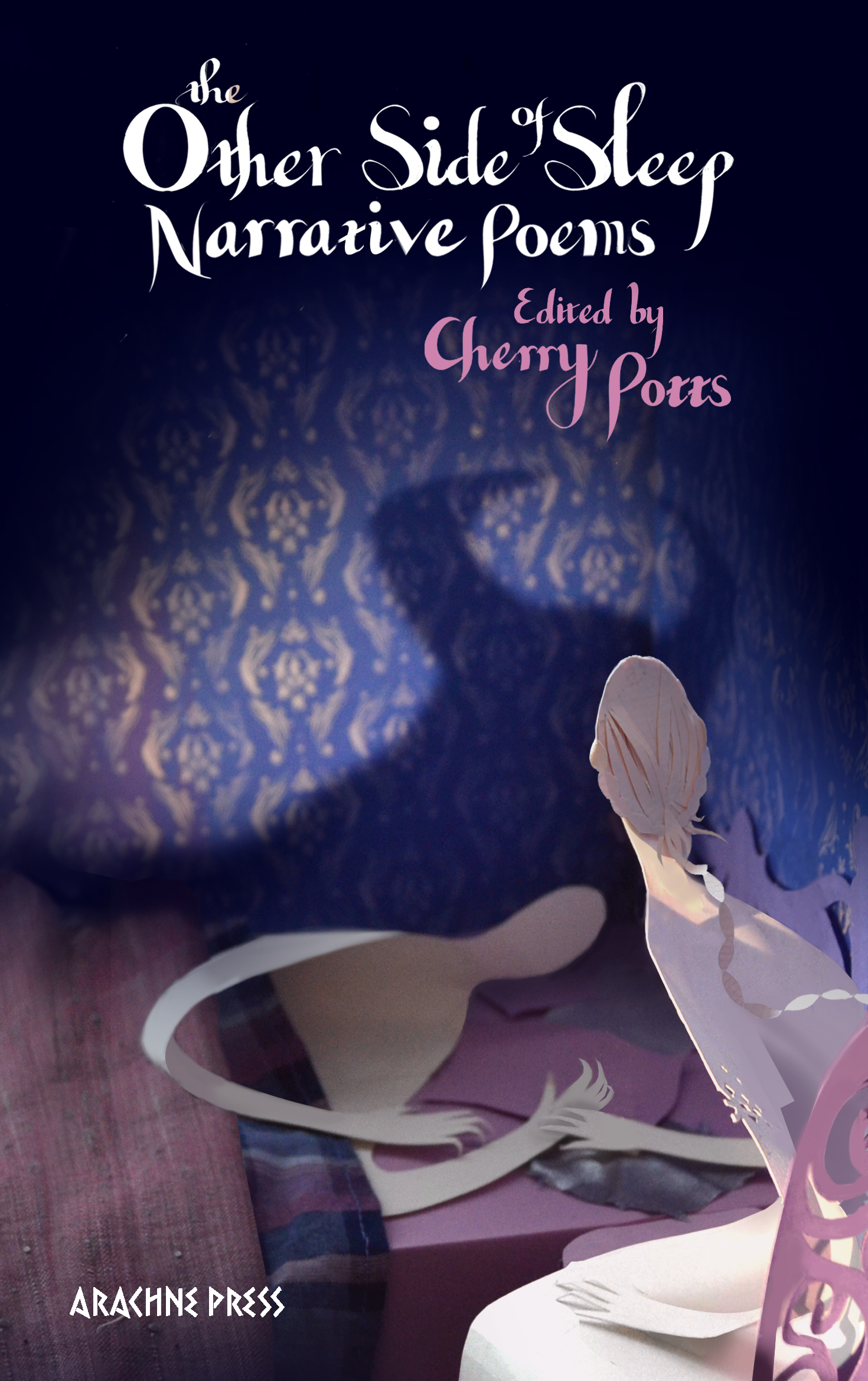 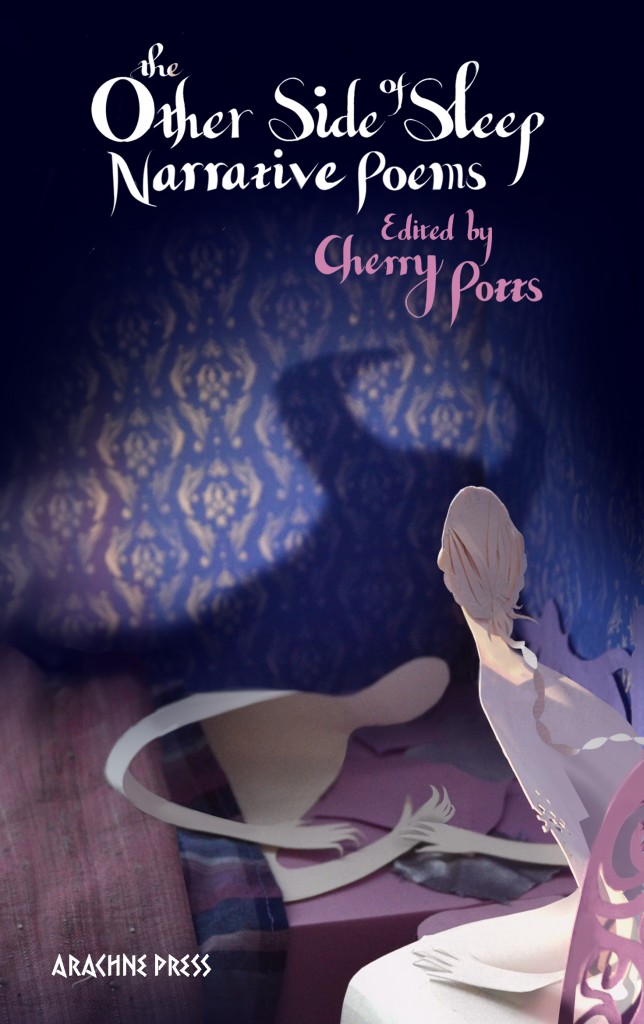 I wanted to like the Other Side of Sleep: Narrative Poems. I like the idea of breaking rules and so I was looking forward to this anthology, billed as ‘25 poems which break the rules —starting with the no-more-than-40-lines rule’. While many of the poems here did grow on me, I was left with the impression I started with, which is that I don’t much like long poems.

It wasn’t just the length per se that I found hard in some of these poems. Those formatted in unusual, rule-breaking ways — strange spacing of phrases and words — were particularly challenging. I also found it difficult to follow the narratives of some of the poems. During others, my attention wandered after a while.

For example, I found p.a. morbid’s ‘The Black Light Engineer’, written in sentence fragments which don’t seem to connect, or not for long, extremely challenging — an attack on narrative, perhaps?

Adrienne Silcock’s ‘Rhythms’ successfully conveyed its poignant narrative to me, but I wasn’t convinced by its shattered language. I couldn’t find the title’s rhythms in its fragments, yet if that was the point, then the story conforms to a fundamentally traditional moral structure, what we might call a traditional moral rhythm. Nor could I relate the surprise in the story to the strangeness of its speech.

In contrast my friend Angela France’s ‘Lïr’ employs a formal technique which forces the reader to engage with the duality at the heart of her poem, in which the last line of each stanza becomes the first of the next, playfully tweaked and given a new meaning.

I took the poem to be a fable about both the power and danger of narrative. The repeated line was enjoyably loud – a pleasurable and surprisingly jolting reminder to keep paying attention and, crucially, to see more than one meaning in the words.

I’d like to have known who Lïr was. I did Google, but found nothing with the umlaut.

I also enjoyed ‘Troy: Seven Voices’ by Jennifer A. McGowan (who, full disclosure, I also know slightly). Here McGowan is not trying to tell a story so much as give voices to some of the characters in a story, one which is arguably a foundation stone of centuries of European culture and history.

There’s an engaging urgency to McGowan’s voice, asserting the importance of the story for us now and allowing some characters who are voiceless in the sources, or almost voiceless, to speak.

Here’s Astyanax, a character of whom I’d never heard, but who I discovered to be the son of Hector, a baby, who had to be killed, reputedly thrown out of a window, so that he would not later attempt to avenge his slain father.

McGowan gives us this:

Just a moment of flight
was all there was.

(Typing it onto the page an irony hovers in the air. It’s a very short piece, part of a longer piece, admittedly and, true, part of my reason for quoting it is its convenient shortness. But it’s undeniably funny, powerful and poignant, on its own, in two short lines.)

Subverting hegemonic stories is something for which narrative poetry is famous. Take Carol Ann Duffy’s 1999 The World’s Wife, in which she takes stories traditionally told from the stance of male protagonists, and gives us their wives’ points of view. I was hoping for an introduction which would tell me what else the form can, or has, done. But I was disappointed.  The website of Arachne Press showed nothing more illuminating than Kate Foley, author of the award-winning title poem, quoting one of Ezra Pound’s shortest poems, alongside Douglas Adams’ joke about the number 42 being the answer to ‘the Ultimate Question of Life, The Universe and Everything’, which only seemed to undermine further the idea of extended narrative poetry.

In this extract Small’s narrator, on his fourth time-travelling expedition, meets Jesus:

He said, “you are exactly where you want to be”.
You don’t need to go back in time and change history
If you really wanted to be a scuba diver
then you’d have a tank on your back
and you’d be underwater

It’s a playful and ingenious story, which is also part thoughtful commentary on the nature of stories and part extended answer to ‘the Ultimate Question of Life, The Universe and Everything’. I would like to hear it performed.

What’s great about this book is the breadth of forms, and the freedom some authors have given themselves to experiment. It’s also what makes it somewhat difficult in parts. 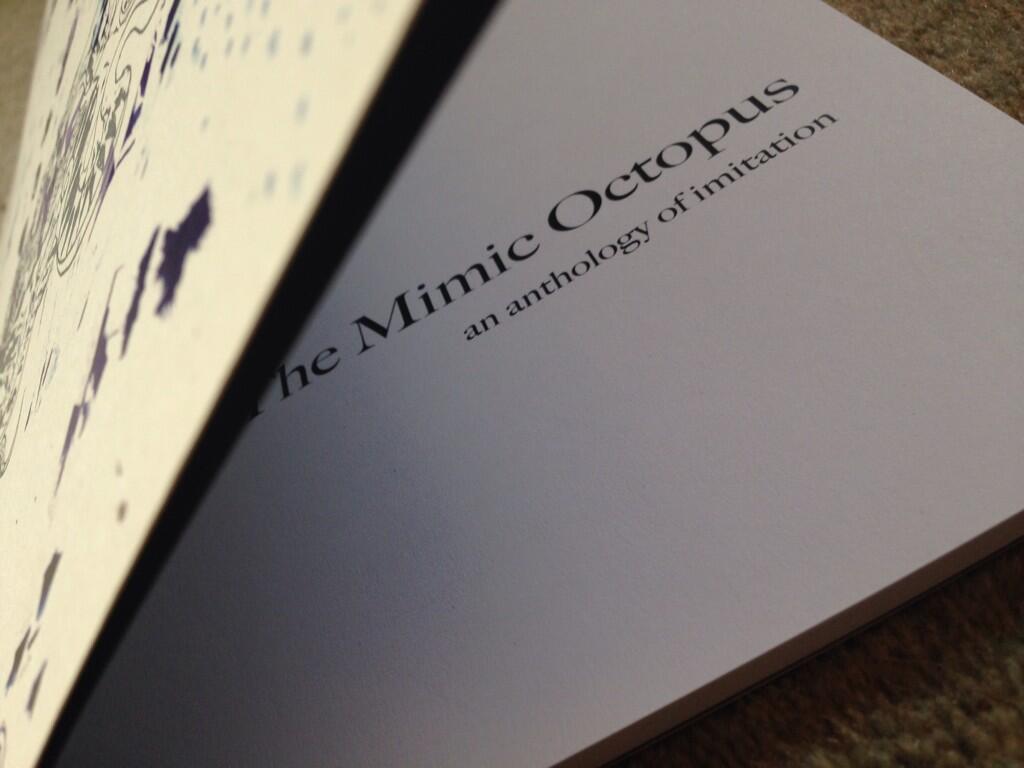