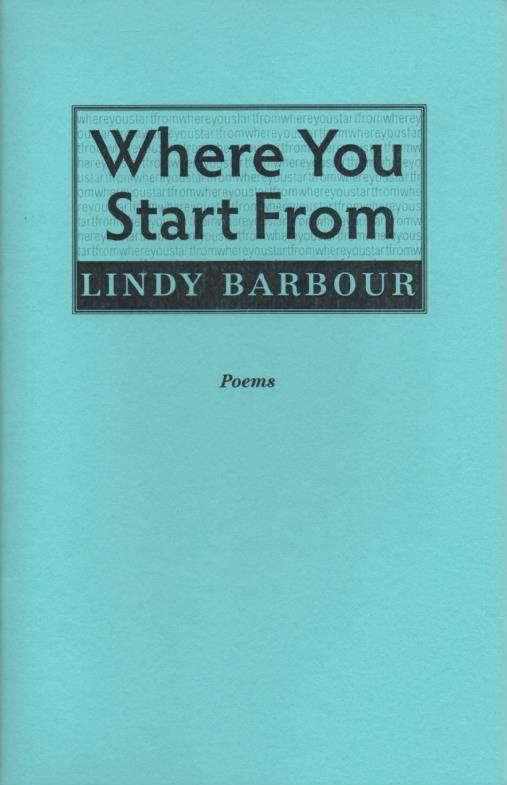 Lindy Barbour’s Where You Start From is an enchanting book. From the first poem ‘First, the Garden. November 1956’ where “sunlight on your walls threw sharp / shadow branches of apple trees, plums, espaliered pears” to the last ‘Lost House’ where “sun streamed / down from the sloping garden / through panes of violet and orange/fleur de lis” Barbour draws the reader in to a bygone world like the best fables or fairy tales. That is not to say that the 22 poems in this beautifully produced pamphlet pander to whimsy and nostalgia. Rather, they faithfully recreate a lost world of Tayport and North East Fife in the 1950s/1960s: ambient, picturesque, but real and challenging. There are poems about death, war memorials and an undertaker’s hut, but the poems overall are cast in a picture-book light, an Our Town for a Scottish generation, with harbour steps and spring tides, revealed in knitwear-like layers of detail that could only be written by someone who was there.

In the eponymous poem ‘Where You Start From’, the narrator’s eye settles on the domestic setting of “teatime”. Brother and sister run “up two flights of tenement stairs past the landing / with the yappy dog and the castor oil plant in a tub”. The table is set “with blue and white dishes” and “there is always jam in a dish with a fluted spoon” and “a muslin cloth for the milk jug”. The poem continues with such detailed riches and there is something of Louis MacNeice in the wonderful “…where time rolls in spit balls on the Rayburn/and rises in the steam of the kettle”. The Grandparent/s that appear in this near-idyllic poem add to the sense of fairy tale alluded to earlier, no more so than in the movement of brother and sister away from the warmth and security of this setting:

Later, they remembered a picture in that corner
cut from a calendar and framed.
A green lane ran out of the kitchen, past a farm
and into imaginary woods

If ‘Where You Start From’ has something of MacNeice about it, then ‘Arrival’ with its harbour and lighthouse and Black Rock Tavern reminds me of Dickens. The brother and sister arrive in a home that will be the family’s home for forty years, eating fish and chips “in a room with a gas mantle shaped like a whiskery cat”. This town of “black whinstone” and “broad street steps” is given a sinister undercurrent as we hear of a former chip shop owner who “hanged himself with a lavatory chain”.
From here we are led into small town life, characters like Frances Atkinson, who helps at Christmas parties

because she’s tall, pinning up the paper chains
we’d made earlier and the strings of milk bottle tops
washed but still smelling a bit
and a yellow and purple accordion-pleated Bell

and Charles Anderson, who would become a policeman, and Frankie Rossiter and Jimmy Syme (‘Small Time Christmas’). A whole poem is given to ‘Eric and Ivor’, and other characters who breathe life into place names like William Street, Lochend Gardens, Castle Street.

The narrator gains an education in ‘Small Town Library’ from Mills and Boon to War and Peace, where “the grown-up books seemed flimsy in their plastic jackets / beside the children’s hard-bound blocks of rexine”. But the doors of this library “were closed long years ago”.

The narrator is older in ‘The Harbour Steps’; with her sidekick, Lilias, we are treated to a tour de force of a poem as rite of passage for a teenage girl. I will leave this for your delectation, but here is one of seven stanzas:

Lilias and I, who never in our lives will enter a grand box
with diamonds on our pale necks and shoulders
to a salute of raised opera glasses or a flash of lenses,
hear these anguished tenor voices aimed at us and know
instinctively how we must respond. As one
we stretch out our legs down several steps.
we’re in our tightest jeans. We tilt
our pelvises and point out toes,
draw back our shoulders and stare
downwards intently from beneath our fringes.

The teenager becomes a woman in ‘Broad Street Steps’ where after a journey home by train after a dance, she is followed by Adeline Tarbet’s brother

His tongue leapt in my mouth like a muscular fish.
I tasted his saliva, his cigarettes. The iron
hand rail pressed into my back, and when he grabbed my bum
and pushed against me I broke free.

From this point in the pamphlet the tone becomes more reflective, wistful, dreamy, preoccupied with time. “Time haunted the wreck of the huge cathedral / and glowed in the bones of the saint”…” Time carried on voices talking of their youth/in this town, the years of happiness”, “memories were laid like blazing gilded stones” and poignantly “while history was elsewhere, a dream / of always and never coming home” (‘The Haunted Town’). ‘House in the Sun’ invokes Waverley and The Lady of the Lake and Ivanhoe to highlight the mysteries of the past. Flowers and scent are associated with sadness at time passing in ‘Daphne Mezereum alba’ where the narrator’s “father’s sudden shocking pallour, his dying / accomplished in one month” is followed by:

The tiny waxen trumpets of greeny white
borne on the branching twigs of last year’s wood
gave off a sharp sweet scent, filling the garden,
filling the world with loss. The mourning flowered
later as the plant put forth its dull green leaves.

The metaphor of a ‘White Basin’ is used tastefully and beautifully to mark another death (the narrator’s mother’s?). This poem is essentially descriptive, with a little narrative but it manages to be even more moving because Barbour never tries to persuade or over-explain. This suggests confidence in the words, the poetry itself.

‘Pyre’ suggests house clearing and moving on and what to do with the family table that appears in the poems about childhood earlier – “a burning ceremony seemed best” after “all those years it stood in the same place/and it seemed cruel to move it in a van”. Before the narrator leaves the town for good she pauses at the ‘War Memorial’ of the title. Looking at the names of the generations of townfolk commemorated on bronze panels she says ” our family name was not among them”.

A self-deprecating honesty shines through these poems. The lyrical delicacy, stunning imagery, and exquisite word choice is more arresting because it is often understated, serving the subject matter and overall theme. The poems are eminently quotable, a sign of a fine poet. I would have liked ‘War Memorial’ to end the collection, and there are one or two sequencing changes I would have made in the final third of the book, but this is the only negative criticism I can proffer. Where You Start From is a gem of a book, in the hand, in the mind and in the heart. 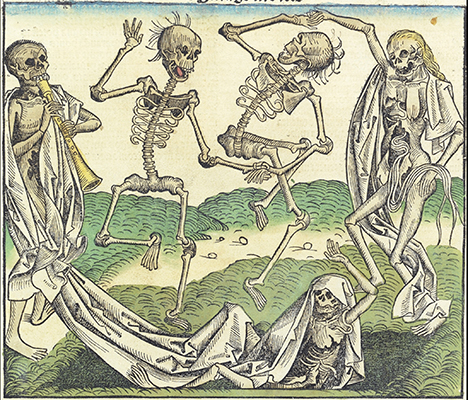