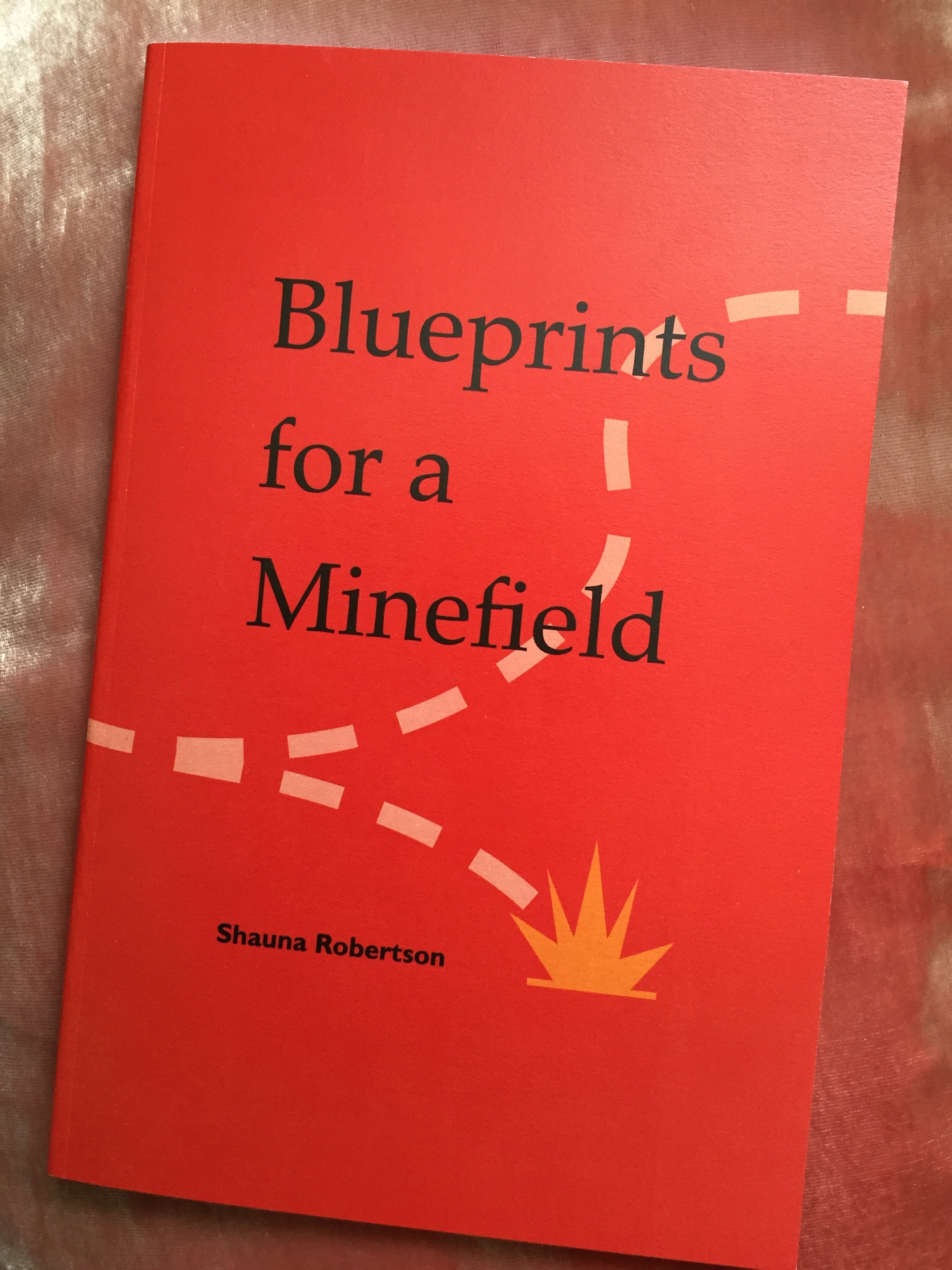 “The day we met, I started work on the axe.” The opening poem of Shauna Robertson’s Blueprints for a Minefield begins with a killer first line and ends with a payoff that gave me chills. This first poem gives powerful context to the pamphlet’s curious title, sets the tone for what’s to come, and announces a poet with a clear point of view and a confident voice. Shauna Robertson, winner of the Fair Acre Press pamphlet competition 2016, has written a rich, compelling book of poetry that deserves to be widely read.

The feeling of the work excites me, but it’s difficult to describe the tone. It’s playful and sharp, with enough vulnerability to stay emotionally grounded; the speaker in the poems tends to be aware that what they see and experience in the world is filtered through their own biased perspective. There is also playfulness in form, from the relentless alliteration in ‘Lead Me on with My Eyes Blindfolded’ to the subversion of cliches in ‘Being Straight,’ to a direct exploration of the nature of love in ‘Ordinary Circumstances,’ which is a sestina—the perfect form for looking at something universal from a fresh angle. Her sestina (an intricate form which is difficult to pull off) also incorporates a refrain (“This is for you”) which is recontextualised as we move through the poem. The vitality of the pamphlet comes from Robertson’s inventive twists of language and structure, but the unmistakable tone, maintained throughout, is what keeps it all connected.

Two things Robertson does exceptionally well are dialogue and absurdity. In ‘Assignment: A Recent Argument,’ her description of impossible details shows exactly how the thinking mind works—how it can take a simple resentment and warp and expand it beyond the point of reason. The unreasonableness, however, is hugely relatable, as anyone who has replayed their version of events to themselves over and over again will know.

‘Denver ‘77’ is a poem all in dialogue. A few lines in, I was so gripped by its musicality that I knew it had to heard in order to get the full experience. Sometimes I come across a poem like that, one so beautifully constructed, so driven by internal rhyme that I had to stop to read it out loud. I haven’t come across anything quite like it—a stage play poem. As a general reader and particularly as a reviewer, I’m always delighted to find something that I’ve never seen before.

Because pamphlets are so distilled, I think in a way they have to carry more weight than full collections—a couple of weak poems in a collection can be overlooked, but when you’re concentrated down to twenty or so poems, each one must earn it’s place. Blueprints for a Minefield is full of standout poems. Sometimes heartbreaking, often funny, this is a wholly original pamphlet. 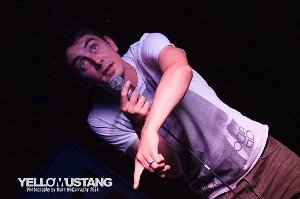