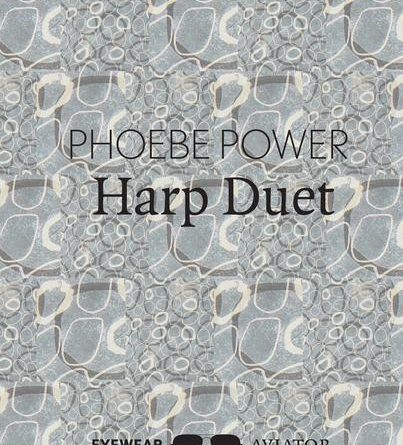 The spirit of Mallarmé hovers over  the lines of the thirteen poems which comprise Phoebe Power’s Harp Duet. His longing to turn his back on the harsh world of reality and to seek refuge in an ideal world is a longing that Power appears to share. The numinous is never far from these poems. The titular poem, ‘Harp Duet’, appears at first reading to simply describe a harp duet, but Power’s positioning of phonemes, her use of alliteration and assonance in a way that can only be described as Mallarméan, and the regular line breaks in the second lines of each three-lined verse, combine to create an incantatory quality that brings the reader back to the beginnings of poetry.

Power creates vertical relationships between lines that do not interfere with the horizontal relationship within lines: when the reader starts to read the lines across and up and in this way, there is another kind of duet happening. Some of the recurring motifs of this collection are introduced for the first time in this poem, such as hearts, gold, wings and nails. The house that the harpists stroke as they play is the size of a house, and the houses that feature in this pamphlet are the houses of God, whether they be actual churches in ‘Wren Chapel’, the chapel where the evening prayers take place in ‘Compline’, the harp case in ‘Sleeping In His Harp-Case’, or the body as a house, in ‘The Harpist Paints Himself Gold’.

I particularly liked the shape of ‘Clarsach’: a ‘clarscah’ is a Scottish wire-strung harp. Harps have forty-seven strings and six and a half octaves. This poem is written in three couplets, and I felt it echoed a musical scale. I especially like its last line, linking the physical with the aerial:

…..she tingles
her clitoris, and notes sprinkle with the grass-seed in the air.

Although the motifs and recurring assonances do connect and interconnect with most of the poems in this pamphlet, it can sometimes feel a little laboured. The ‘gold’ motif works especially well in ‘Drag Queen’. Here Power is a ‘faux queen’ , that is, a woman doing traditional female drag in the same spirit as men have done.

Many of her last lines are quite beautiful in their simplicity. Here the note she aspires to is ‘a heart hanging from a string’.

It is rare for me to read a collection aloud, to feel that it must be voiced. It is testament to the quality of Power’s work that not only did I do this once, but several times, and what’s more, relished each repeated reading. She describes the sound of her poems best herself in the last line of ‘Mary’s Dreams’, when Mary rocks under the stars ‘like milk on ink’.

Edvard Munch painted five versions of Madonna between 1892 and 1895, using oils on canvas. He also produced versions in print form. The lithographic print of the composition is distinguished by a decorative border depicting wiggling sperm, with a foetus-like figure in its bottom left hand corner. Echoes of that border feature at the end of ‘Sleeping In His Harp-Case’ , where Harry’s feet are ‘a foetus / coiled at one end’. In ‘Munch’s Madonna’ , Power makes the reader envision the bare-breasted, half-length female figure of the painting. Being able to remember past voices is central to Mallarmé’s aesthetics of voice, and Power appears to be doing the same in this poem. Elements in the painting suggest aspects of a conventional representation of ‘The Annunciation’: her closed eyes, her body lit from above, while at the same time twisting away from it so as to catch less of it , and her calm quiet. Outside of ‘her eyelids/ chestnut-shut at the moment of fainting’, Power does not concentrate on these qualities, but rather on the essential acts of the female cycle. Munch associated this image with death, and like Schopenhauer, thought woman’s function ended with childbearing. He was also unable to accept Christianity, so that when Power writes ‘power-mother / for worshipping’, an intimation shines through her lines that the Madonna of the painting may be an unusual, but ultimately unconvincing, representation of the Virgin Mary.

In her poem ‘Coralines’, Power seems to respond to Mallarmé’s ‘Sainte’ (1865), in which, as The Poetry Foundation notes, the cold light of reason is turned upon the problem of the existence of the ideal world. ‘Sainte’ was first titled ‘ Sainte Cecile jouant sur l’aile du cherubin’, ‘Saint Cecilia Playing on an Angel’s Wing’. In this poem the material image of a viola has faded from a stained-glass window and is replaced by immaterial images as shafts of light radiate from the setting sun. The first image is of the feathers of an angel’s wing, and the second of the strings of a harp on which the saint’s fingers draw music from silence. Power picks up from here, but replaces the saint with the ‘you’ that is playing the ‘sandalwood harp’ in ‘Corelines’, her version of this symbolic poem. For her it is the heart that draws music from the silence, and the soaring nature of such sound is extant in the DNA of birds and trees:

…inside the carved DNA of birds
and twigs-the corelines-the heart.

Published by Eyewear, this pamphlet will allow the ideal world of the heart to become your prism too. 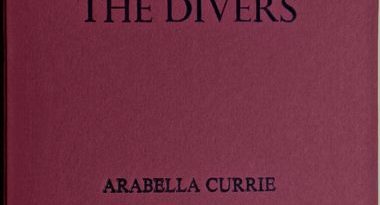