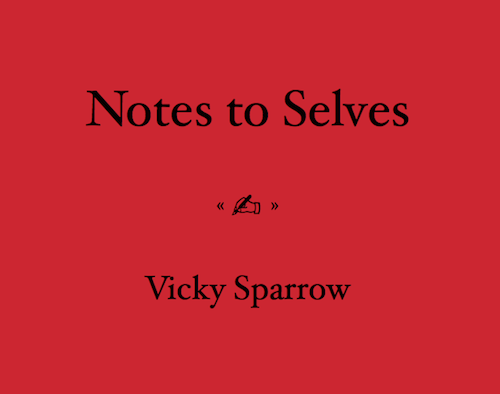 Notes to Selves is Sparrow’s first pamphlet collection. It is an extraordinary, multi-layered protest against austerity Britain and its increasingly policed borders. Sparrow is studying the legal and subjective self in the poetry of activist Anna Mendelssohn, and her academic work seems to emerge throughout this collection, in the pressure put upon the lyric ‘I’. She opens with a declarative: ‘I make the world in this note’. Reality, Sparrow is telling us, will be mediated through her personal experience, reshaped for the audience. But how quickly the declarative ‘I’ disintegrates. There is no room for shaped narration in this collection: the self is almost immediately undermined, and torn into shreds by the realities of post-industrial austerity. Soon, the poet’s consciousness becomes a ‘scrubbing medium’ through which things must be constantly revised. By the end of the first page, the reader realises that they will be largely on their own, charged with interpreting difficult statements and unpleasant facts. The poetic voice states: ‘I bring home nothing that could not be delivered’. This is a bold stance on the bankruptcy of poetic narrative as a message-carrying medium. In a world of digital mediation, of instant delivery, whether of food or headlines, the poem can bring us, Sparrow argues, nothing we do not already know. The poem has brought ‘nothing’ to the reader that they could not discover by engaging with journalists and activists, and observing austerity. What, then, is the value of communicating through the poetic medium? For Sparrow, the answer seems to be that the felt experience of living through such times can best be communicated through poetry, with its fragmentation and formal freedoms.

This leads us to what is, perhaps, the central difficulty with Sparrow’s collection. She writes poetry that is political in nature, often baldly so, ‘impoverish inner and outer life/criminalize the dying’, combining this with lyric and subjective moments. The aim of this is perhaps to attempt to capture the extraordinary range of lived experience under the current political regime. Necessarily, the hideous reality of a state that murders its citizens is contrasted by positive, beautiful moments of lived experience. The results of this contrast are, in Sparrow’s pamphlet, a frenetic, pressured, often incoherent set of statements and contrasts. For this unruly juggling act, Sparrow is to be congratulated. However, the result of this jostling, in a work only the size of a pamphlet, is that the reader is kept at arm’s length. Sparrow’s accounts of austerity are impersonal, relayed in the language of newscasts and the literature of resistance. Moments of participation and subjectivity (‘I’m a storyteller’s dream/ the air is taut as attention’) are broken off too quickly for the reader to feel connection to the speaker.

One of the costs of this approach is that Sparrow’s superlative powers of description, at their finest when focused on the British landscape, are never given their full range of movement. Particularly, Sparrow captures the crumbling of nostalgic views of Empire through descriptions and explorations of the coastline of Britain: ‘that dooms/and summons/the grasp of sea grass and twist/the limits of our isle, its white barricades and impassable outcrops/its closure’. Uniting landscape and politics is one of Sparrow’s strengths, and it would be wonderful if the pamphlet had room to showcase this further. Another aspect of the pamphlet that would have benefitted from further investigation is Sparrow’s use of punctuation. In particular, the doubling of punctuation marks, for example in the form of two commas or two semi colons. These seem to indicate, on occasion, a long caesura, or a section break. However, Sparrow also uses line breaks and indented text to create similar space, albeit visually. Alternative punctuation systems help combat the central problem in Sparrow’s pamphlet, which is that language is as much a capitalist system as money, and as such, can never truly be a stable medium for resistance. The alternative punctuation in this case, however, lacks force, because it seems inconsistently applied, and it is difficult to find a coherent means of reading it to full effect.

Despite these few hiccups, this is nevertheless a strong first collection. The poems are strong, bold, and resistant to prettification. The imperilled ‘I’, unstable and prone to disappearance, puts pressure on the reader to question where they stand in relation to the destructive forces of modern politics: how stable their sense of self might be. Sparrow is insightful, unafraid of writing bleak, uncompromising poetry, and certainly a voice to watch out for. 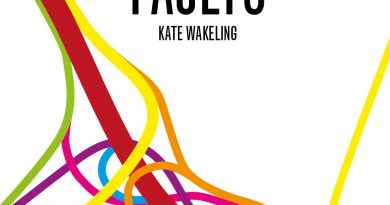