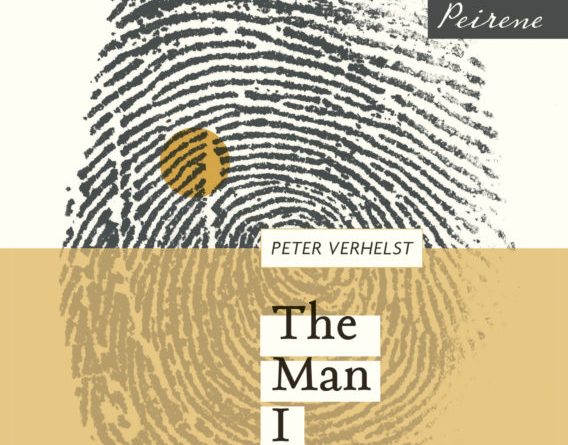 I loved the notice on the back page of The Man I Became: ‘Warning: this story is narrated by a gorilla’. I’m a sucker for any monkey business from King Kong, to the PG Tips advertisements. This small and rich volume is a satirical take on man’s inhumanity to man (and ape) containing the tragic elements of Kong, along with the comic slapstick of the PG Tips ads. 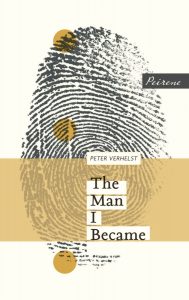 The narrator (let’s call him Gus he isn’t given a name), is abducted, along with various ‘healthy’ members of his and other gorilla families from their home jungle and taken to be trained to work as a human in a theme park (like Disneyland) called Dreamland.

The abduction has unpleasant overtures of the slave trade, with the gorilla families tied and towed in line to the back of a horse’s tail:

As long as everyone kept in step it was fine, but the moment someone stumbled or hesitated, the horse felt a stabbing pain in its tail and let fly with its sharp hooves.

In Dreamland, things do become very dreamlike as Gus is put through a regime that strips away his animalistic nature, culminating in attendance at a grotesque cocktail party where he smiles politely, drinks wine and engages in small talk of ‘this, that and the other.’ The naming of Dreamland is an unsubtle punt towards the whole story as a satirical fantasy – the vivid dream of a domesticated, talking gorilla.

As the creator of the novella, we know that Gus progresses into humanity but along the way questions are raised on our own attitude to what it is to be civilised and in pursuit of capitalism… Commuters, train-bound to work, stare and touch at their mobile devices in silent worship. How did we ever find out anything about everything prior to Google?

We pay to visit zoos that hold captured animals. Within living memory, performing animals where the mainstay of circus acts. Beneath a thin veneer, corruption, greed and violent cruelty lurks. There are parallels here with the current migrant crisis that is displacing millions of people throughout the Middle East – causing them to flee their homeland and enter into a vastly different Western culture.

The inside back page mentions that Peirene Press supports Counterpoint Arts – a charity that supports refugees and migrants in the UK, with a 50p donation from the sale of the book going to them.

‘We are living in a time of human displacement. We need bold and imaginative interventions to help us make sense of migration. And who better to do this than artists who are engaging with this issue.’

Written in a tight (the edits have been honed via the Dutch to English translation) sharp detached style, the novella’s most striking quality is the ability to translate the innocence a child may feel as he matures, seeing the worst excesses of capitalism where the pursuit of money is all that matters.

‘The Murder of Halland’ by Pia Juul (translated by Martin Aitken)

One thought on “The Man I Became by Peter Verhelst (trans. David Colmer)”