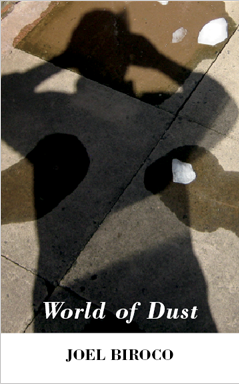 ‘If they don’t understand, don’t explain.’ This statement forms the epigraph to Biroco’s website and acts as useful introduction to his work World of Dust. The title, Biroco notes, is a phrase found in Chinese poetry that denotes the ‘conventional world’ that Daoists leave before ‘entering into a life of seclusion’. Whilst these ideas certainly inform Biroco’s work, the central motif of dust proves amorphous, gathering associations across cultures and, much like the text as a whole, resisting definitive interpretation and disrupting any conventionality of structure or plot. 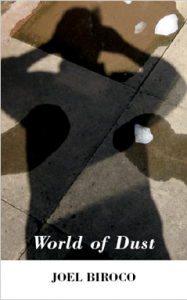 This is a book that destabilises notions of singular truth and identity, instead focusing on the multiplicities and contradictions that form an individual life; an individual life marked by solitude and frustrated connection. The narrative is fragmented by every possible means: the chronology is dislocated, voices shift in and out of third, first and even second person, fracturing the unifying voice of the protagonist across a lifetime. Half way through the story, the narrator asserts that, ‘A moment has no beginning and no end, it furiously consumes a whole lifetime’, this is reflected in the deliberate jumbling of life moments and memories. The voice flits from old age to youth to middle age and everything in between, denying any perceived linearity of experience. Instead, Biroco throws the narrator as an embittered old man into stark contrast with his earlier innocence as a young boy. This development is traced through experiences and relationships revealed in dissociated vignettes, stubbornly resisting any linear or temporal chronology.

The gap between these two versions of the same person jars and disturbs. It points to the inevitability of his eventual isolation and undermines the sense of possibility afforded in the opening. The first page sees the narrator arriving in, ‘London to go to university’ in an effort to take himself, ‘away from [his] first eighteen years in Wolverhampton’. Such an escape is rapidly shown to be impossible instead figured as a futile act of self-mutilation, ‘like a small mammal gnawing its leg off in a steel trap’. The story that unspools from here is concerned with the multiplicity of identity, the way we grow into versions of ourselves that gradually eclipse each other, threads of memory – tenuous and unreliable – holding faces and voices in loose and increasingly fragile assembly.

The key to the narrative is, ‘All this flotsam and jetsam washed up on memory’s shore’. It is in memory that Biroco commits acts of personal deconstruction and reconstruction. Biroco wrote the book over a ten year period and described the work as, ‘a preserving and discarding of memory at the same time’. Memory is not to be trusted in World of Dust and simultaneously is seemingly all the reader has to go on. Memories are animate and active, capable of trickery and torture alike, they rise unbidden:

[…] like ghosts occupying the empty house of the past. They have nowhere to go. They like for us to remember them from time to time. The lights come back on, briefly, and what was may yet join hands with what is.

Each iteration of selfhood Biroco conjures is fraught with the complexity and discomfort of a remembered moment. The young boy’s innocence is undercut by remembered guilt of small violence; the removal of a dead blackbird’s foot or the killing of butterflies for his collection in the specially-constructed ‘killing jar’. This macabre quality underscores the menace of a future already written and makes for uncomfortable reading. The text is saturated by death and the title cannot help but evoke the familiar funereal mantra, ‘ashes to ashes, dust to dust’.

The language is heavily poetic in places but it is a poetry rooted in the ephemera of everyday. There is a Beckett-like muscularity to the prose and indeed, a heavy masculinity to the narrative. The figures of the father and grandfather act as anchors for the ranging voices to return to again and again, playing out key moments in these relationships and their ultimate failures. With the possible exception of the mother, women are satellite, drifting in and out of focus as lovers who are never named but are united in the potential solace they offer and the grief their eventual loss brings.

This all makes World of Dust sound like a heavy and difficult read but the fluidity of the prose carries the difficulty of the content. There is a playfulness to Biroco’s use of language and syntax that imbue it with a dreamlike quality. The narrative is intentionally surreal and yet grounded in memorial detail. Much like the illusory memories it is constructed around, the writing hangs off images and associations, never quite trusting itself to certainty and raising many more questions than it answers. These questions linger, suspended as dust in a sunbeam, to be examined, revisited and never quite fully grasped. 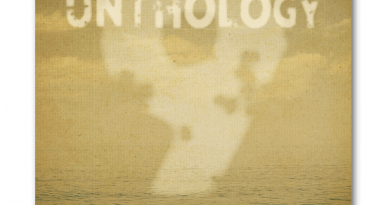