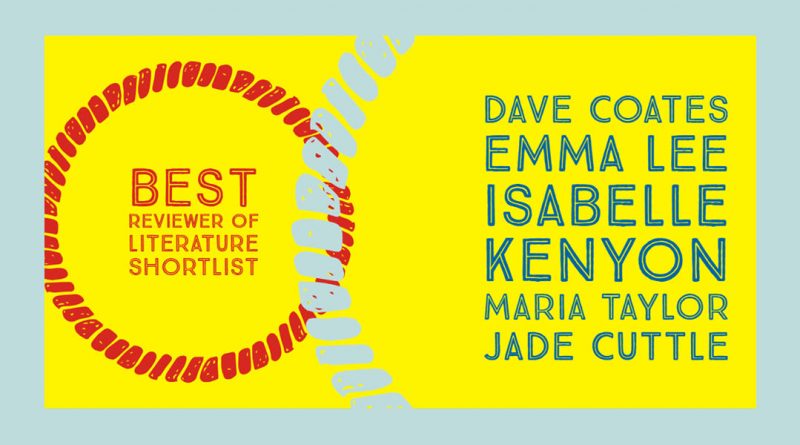 An important part of the independent literature scene are the reviewers who help to shine a light on brilliant publications, poetry and prose alike. Following the first round of votes, you the people have shouted about five literature reviewers who you think are doing worthy work and you can vote for your favourite of the five by visiting the voting form just here.

Dave Coates is a poetry critic and researcher based in Edinburgh. He recently completed his thesis on Louis MacNeice and contemporary Northern Irish poetry, and is currently a research assistant for the Centre for New and International Writing at the University of Liverpool. His critical work is mostly published on his Dave Poems page, which you can access by clicking here.

Isabelle Kenyon is northern poet and the author of Digging Holes To Another Continent. She is the editor of Fly on the Wall Press. Her poems have been published in poetry anthologies by Indigo Dreams Publishing, Verve Poetry Press, and Hedgehog Poetry Press. Her book reviews, articles and blog posts have been published in various places such as London Grip, Neon Books, Authors Publish, Harness magazine and Five Oaks Press.

Maria Taylor is a poet and reviewer of British Cypriot origin. She is Reviews Editor for Under the Radar magazine and had had reviews published in a variety of places, such as The TLS and many poetry magazines.  In her work for Under the Radar, she is pleased to say they’ve supported a great many female reviewers and reviewers at an early stage in their development. They’ve also worked with reviewers from the Ledbury BAME Emerging Poetry Critics scheme.

Maria is also a poet! Her first poetry collection Melanchrini (Nine Arches Press) was shortlisted for the Michael Murphy Memorial Prize. She also have a pamphlet, Instructions for Making Me, with HappenStance. You can read more about her review work on her blog, Commonplace, which you can find here.

Emma Lee has extensive reviewing experience. She currently writes reviews for The Blue Nib, The High Window Journal, The Journal, London Grip and Sabotage Reviews, as well as on her blog, which you can access here, and she has done ad hoc reviews for other publications. She has been shortlisted for The Saboteur Awards Best Reviewer twice (2018 and 2019) and previously been longlisted.

Emma has published three collections of poetry, most recently Ghosts in the Desert (IDP, 2015) and a fourth, The Significance of a Dress, is forthcoming from Arachne Press in 2020. She was co-editor for Over Land, Over Sea: poems for those seeking refuge (Five Leaves, 2015) and is curator for the Journeys in Translation project. Her short stories have also been widely published including in Story Cities (Arachne Press), Fairlight Books, and she has performed her work at the Poetry Cafe in London, Leicester City Football Club, Leicester’s Guildhall and all three Leicestershire universities.

Jade Cuttle graduated from Cambridge University with First-Class Honours in Modern & Medieval Languages & Literature, going on to undertake an MA in Poetry at the University of East Anglia. She is one of three judges behind the Costa Book Awards 2019 (Poetry). Selected by Ledbury Poetry Festival as an Emerging Critic and named Best Reviewer (Editor’s Choice) in the 2018 Saboteur Awards, Jade reviews widely. Her criticism is published in the Guardian, The Times Literary Supplement, The Poetry Review, Poetry London, Magma, Poetry School, Mslexia and elsewhere. She has been commissioned to write for BBC Radio 3 and BBC Proms and released an album of nature-inspired poem-songs, Leaves & Lovers. Jade is the Deputy Poetry Editor at Ambit.

You can find out more about Jade and her latest projects by visiting her website.