You may not be familiar with the Lune Valley, but I think you should be. I’ve not been myself, but reading Cloudscapes Over the Lune: Songs and Stories from our Valley has been enough to take me there in my mind at least.

The Lune Valley, or the Vale of Lune as it’s sometimes more poetically known, is the valley surrounding the Lune river in north England. The river works its way through Cumbria and Lancashire, and there’s something very English about the place names it passes. As well as flowing through Lancaster, the River Lune also passes near Kirkby Lonsdale, Nether Burrow, Bolton-le-Sands, Bowderdale and Beck Foot. 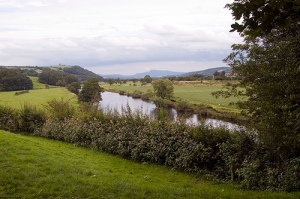 The land the river runs through is known as Lonsdale, Lunesdale and the Lune Gorge, collectively the Lune Valley – it’s this place that Cloudscapes Over the Lune is concerned with. The book is a collection of poems and short stories based in and inspired by the same countryside that inspired Turner and Wordsworth. But while Wordsworth’s poetry aspires to higher ideals and universal themes, the poems and stories of Cloudscapes Over the Lune are firmly rooted in their immediate location; they are very much stories from ‘our’ valley, told by writers immersed in their home patch.

This valley is the sort of place where you could rent a holiday cottage, a bit like these. Most of the stories in Cloudscapes Over the Lune avoid the tourist image of the valley (though I suspect I’ve fallen into that trap in this review), instead focusing on the lives of those who grew up in the valley. Clare Weze Easterby’s ‘The Visitor’ is an exception to that, dealing as it does with just such a holiday cottage. It’s a story that serves to puncture some of the possible tourist myths about the Lune Valley, though taking the collection as a whole means the reader shouldn’t lose sight of the Romantic magic of the place (note the capital R). But Melissa Bailey’s twin stories, ‘Zosia’ and ‘Dodge’, provide perspectives from the Valley’s newer, more transient residents, an immigrant and a vagrant – which seems to bring the Lune Valley in line with multi-cultural Britain of the 21st Century.

Working through the collection gathered by Easterby and her collaborators, the reader can build up a vision of this picturesque part of northern England. For example, Easterby’s own short story ‘Grandmother’s Footsteps’ features some children taking the scenic route across the region’s hills, waterfalls and dales. She also uses a guidebook for futuristic (alien?) visitors to explain things about the Lune Valley that may not be obvious (or that are too obvious, such as the pavements not being self-cleaning ones): ‘three counties meet within the Lune Valley. You will therefore encounter a dialect containing Yorkshire, Lancashire and Cumbrian influence’. Mary Sylvia Winter’s poem, ‘Cloud over Roeburndale’ captures this place where the moorland can be caught ‘between hiss of wind and clatter of beck’, under the ‘shadow-rippled acreage’ of the clouds. This place is bleak, wide open, and a natural force lurks powerfully all around.

There’s something else lurking in Easterby’s ‘A Short Time Ago on Newby Moor’, a short story in which a new leisure-retail emporium opens on Newby Moor and seems too good to be true. The place has an artificiality at odds with its surroundings, but the story has a constant threat of the sinister, which feels like it could break through at any moment. Disappointingly, it never does – rather than a short story this feels more like a teaser for a longer work, or else simply some writing that never quite lived up to its promise.

This lack of conclusion, a failure to quite satisfy or to make an impression, occurs frequently in Cloudscapes Over the Lune. The collection is full of pleasing snippets of Lune Valley life, but read individually very few of them stand up to much scrutiny and are largely forgettable. They must be taken together, and can stack up to create a vivid impression of the landscape.

When I said Cloudscapes Over the Lune was immersed in its home patch, I meant it. This feels tremendously local; like a group of friends sitting around a coffee table, swapping stories about the windswept hillsides they can see through their kitchen window. Of the book’s £2.75 (inc. VAT) price, £1 goes to the Rainbow Trust, and £1 goes to the Make A Wish Foundation, both charities working with terminally ill children, so it’s a worthwhile buy.

Image thanks to JF Sebastian.

The Beauty by Aliya Whiteley

July 28, 2015 dj4twinx Comments Off on The Beauty by Aliya Whiteley 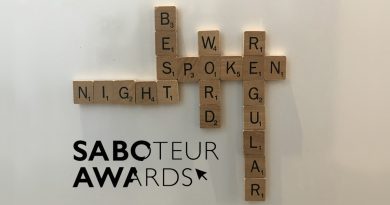