It has long been my opinion that editor introductions to anthologies should consist of a single sentence, something along the lines of ‘here are some poems I like’. However, it seems that this is not an acceptable option; publishers need to sell books and editors to justify their inclusions and exclusions, so claims have to be made and cases put forward. When the anthology presents a new generation of young poets, these claims and cases tend to revolve about the sins of their elders and the new thing the poets bring to the art of verse. It’s a tendency as old as poetry itself, I suppose.

In James Bunting’s introduction to Rhyming Thunder, the elders are identified as ‘Oxbridge professors with elbow patches’ and editors of anthologies of young poets where young means ‘born since 1970’ (the poets in this anthology appear to have been born after 1985, and many post 1990). It’s not difficult to sympathise with these complaints; far too may anthologies you pick up nowadays read like the products of university staffrooms, down to biographies of the poets that amount to lists of the prizes they have been shortlisted for, the MFA programmes they graduated from and the colleges they have taught at. It’s almost as if the editors and poets lack the confidence required to allow the writing to stand by itself without this kind of supportive scaffolding. In Rhyming Thunder, on the other hand, the bios list Slams won, festivals read at and TV and radio broadcasts featuring the poet in question. There are even some references to distinctly non-radical readings in Downing Street and Buckingham Palace. Why, it’s almost as if…

These biographical notes also point towards the ‘new thing’ that is being claimed for this generation; they are all oral or performance poets. They represent, again according to Bunting’s introduction, ‘a surge in poets getting up onto stages and reciting poems like monologues’.  Jack Dean then goes on to claim that ‘by saying them out loud’ these poets ‘tried to make words exciting for their own sakes again’. As the blurb says, Bunting and Dean ‘made them write down the poems they were making with their mouths’. This is an anthology of oral poetry which, we are asked to believe, has been translated to the almost alien medium of print.

Now, call me out of touch if you like, but I seem to have missed the day when words stopped being exciting for their own sakes; nobody takes up poetry because they find language dull. More seriously, the claim that performance is a new poetic device that the Slam generation invented is about as reasonable as the notion that teenagers invented sex. There is no question that live events have helped poetry reach a new audience in recent years. However, few Slams have matched the scale of the 1965 International Poetry Incarnation in the Royal Albert Hall. I can’t but wonder how many of today’s oral poets will ever reach the kind of audiences the Mersey Sound gang touched through their books, performances and musical annexes The Scaffold and Grimms. I’m also inclined to wonder how many Oxbridge professors were in the Royal Albert Hall audience or cut their poetic teeth on organiser Michael Horovitz’s Children of Albion anthology. To be fair, Horovitz does get a name-check in one of the bios in Rhyming Thunder and festival ‘star’ Allen Ginsberg is mentioned a couple of times, so the poets at least seem aware of this heritage.

It seems a pity to spend so much of this review discussing the presentation of the work rather than the work itself, but the paradox of the poetry anthology as a genre is that it both points to and distracts from a body of poetry. And with Rhyming Thunder it’s a shame that the distractions are so blatant because there is some very interesting poetry hidden away between the somewhat overstated claims of introductions and blurb.

For those readers who are not familiar with the rules and conventions of Slam poetry there are certain surface textures that have to be assimilated before the words on the page can be enjoyed for themselves. There can be a certain verbosity to some of the writing that probably reflects the different requirements of the ear and the eye when confronted with information-rich text. Also, the facility to rhyme, that most dangerous of gifts for the young poet to be cursed with, is positively encouraged by the need to grab the ears of an easily-distracted audience. Ultimately, however, these are neither more artificial nor more natural than the conventions of the sonnet or the haiku.

There isn’t space in a review to give full attention to all the twenty one poets included, so what follows is a very subjective list of highlights. Rob Auton writes shortish poems with the wit and charm of a young Roger McGough.

Deanna Rodger’s 22NOW captures the romance of the Routemaster bus and the breathless excitement of teenage nights on the town with acuity.

Jodi Ann Bickley’s prose poems represent an interesting contrast to the rap-inspired rhythms and occasionally over-easy rhyming of some of the other work here.

We sat in silence. Not because we had nothing to say – we both had so much to say but we knew anything we said – nothing could change.

The three poems by Raymond Antrobus seem to me to be the most fully achieved body of work in the book, as exemplified by these lines from his INTERROGATING DEPRESSION.

Before you hit the garden party
consider your mood –
is it a water can
or a bad cloud?
You’re doing your best
to feel like the right weather.

In fact, I found things to enjoy and admire in all of the poets in Rhyming Thunder, to one degree or another, and at the end I was left with a definite sense of a common or shared approach to writing that unifies the very individual voices of these twenty one poets. Once you start reading the work carefully it becomes evident that the primary motivations are narrative and subjective. The majority of the poems in the book are autobiographical, with unproblematic first-person narrators presenting personal anecdotes about relationships and the facts of the quotidian lives of sensitive young urban Britons. In this, at least, they are not too far removed from much of the poetry you might find in an Oxbridge professor’s anthology, once you allow for the different worlds the two groups inhabit. However, the Rhyming Thunder poets write with far greater energy and commitment than most of their better-reared academic cousins, and their poetry, while perhaps not signalling the kind of revolution that the editors might wish for, certainly represents a clear alternative to the dreary conformity that characterises far too much contemporary verse.

It’s nice for a change to read poetry by young writers who aren’t trying to be old before their time. And despite this old man’s cynicism it is, of course, important that young writers continue to get excited about poetry’s possibilities as an art form. It is clear that these poets are and their excitement is infectious. It is a pity that the book isn’t accompanied by a CD of their performances so that readers like the present reviewer, who are not in a position to attend events in the UK on a regular basis, might get some idea of the full range of their gifts. As it is, Rhyming Thunder is a well-produced introduction to a world of poetry that cannot be ignored and deserves to be taken seriously and Burning Eye are to be commended for publishing it. Will it make poetry more popular than Eastenders? I doubt it. But that doesn’t matter. 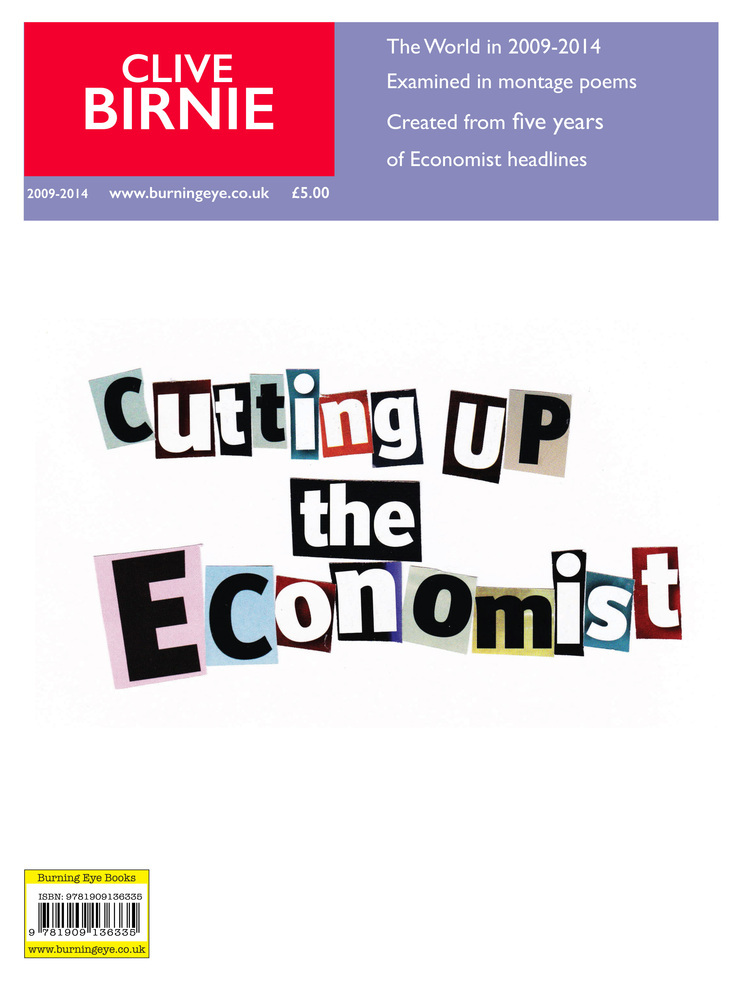