Time, a relatively new publication from Lazy Gramophone Press, is a unique and endearing collection of prose and poems that have been perfectly paired with complementary artwork. This outstanding collection has successfully drawn together different forms of art, marrying talent in literature and drawing, painting and photography, in order to compile accounts and anecdotes relating to one of mankind’s favourite topics: the union between living life and exactly how much time we have to do so.

Commendation must first be delivered to the editor of this collection, Sam Rawlings, for making such marvellous decisions and for working so closely with an impressive array of skilled artists on this novel concept. 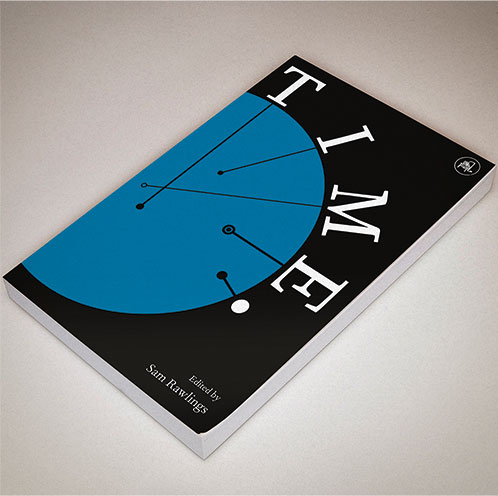 The anthology opens with a central story; this effectively lays the foundations for the texts and images that will follow, and the pattern in which they will appear. The short opening for the text explains that the main body of the publication is sectioned into three life periods, childhood, adolescence-adulthood, and old age, and while these sections exist independently of each other, there are frequent and fragile ties that serve to loosely bind one narrative to another, which is a fascinating element to track. Whether it is the use of the same name or merely a hint at the reappearance of a character through a subtle description, there is something that will intricately link one story to another story, or perhaps even to a poem, which will ultimately lead to a link with the central story.

While the basic principles sound somewhat complex on paper, when you observe them being applied in the book, they are not only refreshingly unique but also quite captivating.

I found myself enjoying the contents more as I progressed through the life periods, however there are some truly outstanding pieces to be found in the earlier sections. ‘Eibar’, written by Sam Rawlings and illustrated by Carl Laurence, who incorporates great realism to the piece through his inspired diagram of the main character, was an entry that stood out from the crowd of childhood not simply for its length (it is rather long) but also for its depth of emotion and complete ability to hook the reader into the storyline and life of the central character, who you can empathise with from the opening paragraph. ‘Lemur’, by Guy J Jackson, and ‘Macaulay, My Nephew & Me’, by Inua Ellams, were also welcome additions, with Maria Drummey’s ‘Painting in a Certain Sky’ providing what felt like an appropriate close to this life chapter due to her poignant recollections and rich descriptions, which are further enriched by the accompaniment of Emma Day’s simplistic artwork which complements this piece.

There is an obvious shift in tone that appears in adolescence-adulthood, one that is particularly apparent in Kirsty Alison’s entry, ‘Oscar Wilde Said Youth is Wasted on the Young – so Let’s Get Wasted’, which is illustrated by the talented Lola Dupre who provides a thought-provoking representation of society‘s youths.. This hilarious submission marks a clear transition between the previous age and the one we are now moving into, which is not only amusing and perhaps a little embarrassing, but also somewhat poignant. In truth, all entries into this section warrant commendation for exploring troubling and unavoidable times in this period of life, including the complex emotions that are bound to those character-defining times. While I enjoyed each entry, I do feel inclined to admit my particular adoration for Jo Tedds’ ‘Orphans of the Order’, illustrated by Paul Bloom; these two artists combine their collective talent to create an outstanding contribution that I think many readers will recall long after they have finished reading the collection. 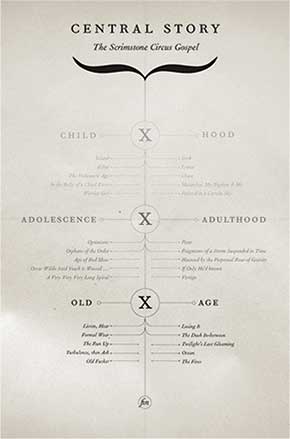 For me, old age was the superior age chapter. Both the prose and poetry entirely pulled me into these hilarious, poignant and saddening tales, all of which are equipped with yet more fabulous illustrations that allow these submissions to grow even further off the page. Charlie Cottrell’s ‘Losing It’ was absolutely marvellous! My heartstrings were well and truly plucked within my chest from the beginning of the tale, only to be left feeling somewhat out of tune at the end of the story (something you’ll understand when you read it); this story also provided a clear reference back to the central story, introduced to the reader some two-hundred pages previously. ‘The Dash In-between’, by Claire Fletcher, was another favourite and was, in my opinion, nothing short of inspiring; it is a heart-warming demonstration of the concept of ‘as one door closes, another one opens’, explored in a exceptional and touching manner.

With a short and unexpected burst of poetry and final illustrations the collection is brought to an unwelcome end as you are left with lingering questions, most of which relate to the central story (which I have deliberately withheld information about). ‘Ocean’, a poem written by Sorana Santos is littered with love, faith and empowerment and is a perfect addition to the closing moments of this anthology, complemented greatly by the artistic contribution provided by Kaitlin Beckett, who, alongside Santos, also explores the wonder of the ocean in a visually captivating manner. The final illustration contained in the collection, which is to accompany the poem ‘The Fires’, written by Liz Adams, is aesthetically pleasing in many ways and would certainly be a welcome addition to the wall of any modern art enthusiast. It is a truly outstanding piece that is certainly lingering about in my top five examples of visual art contained within this exciting collection.

Time is a fascinating collection littered with not only wonderful literature but also fabulous illustrations that ultimately make it a credit to any book-lover’s shelves. Lazy Gramophone Press have done a splendid job in combining different styles of art and entangled them through the bond of a common narrative, or at least elements of a common narrative, that allow these pieces to stand united as well as independently. I sincerely hope that there will be another venture similar to this in the future.