Author Bio: Robert James Russell is a Pushcart Prize-nominated author and the co-founding editor of the literary journal Midwestern Gothic. His work has appeared in Joyland, The Collagist, Gris-Gris, Thunderclap! Magazine,, and LITSNACK, among others. Sea of Trees (Winter Goose Publishing, 2012) is his first novella. 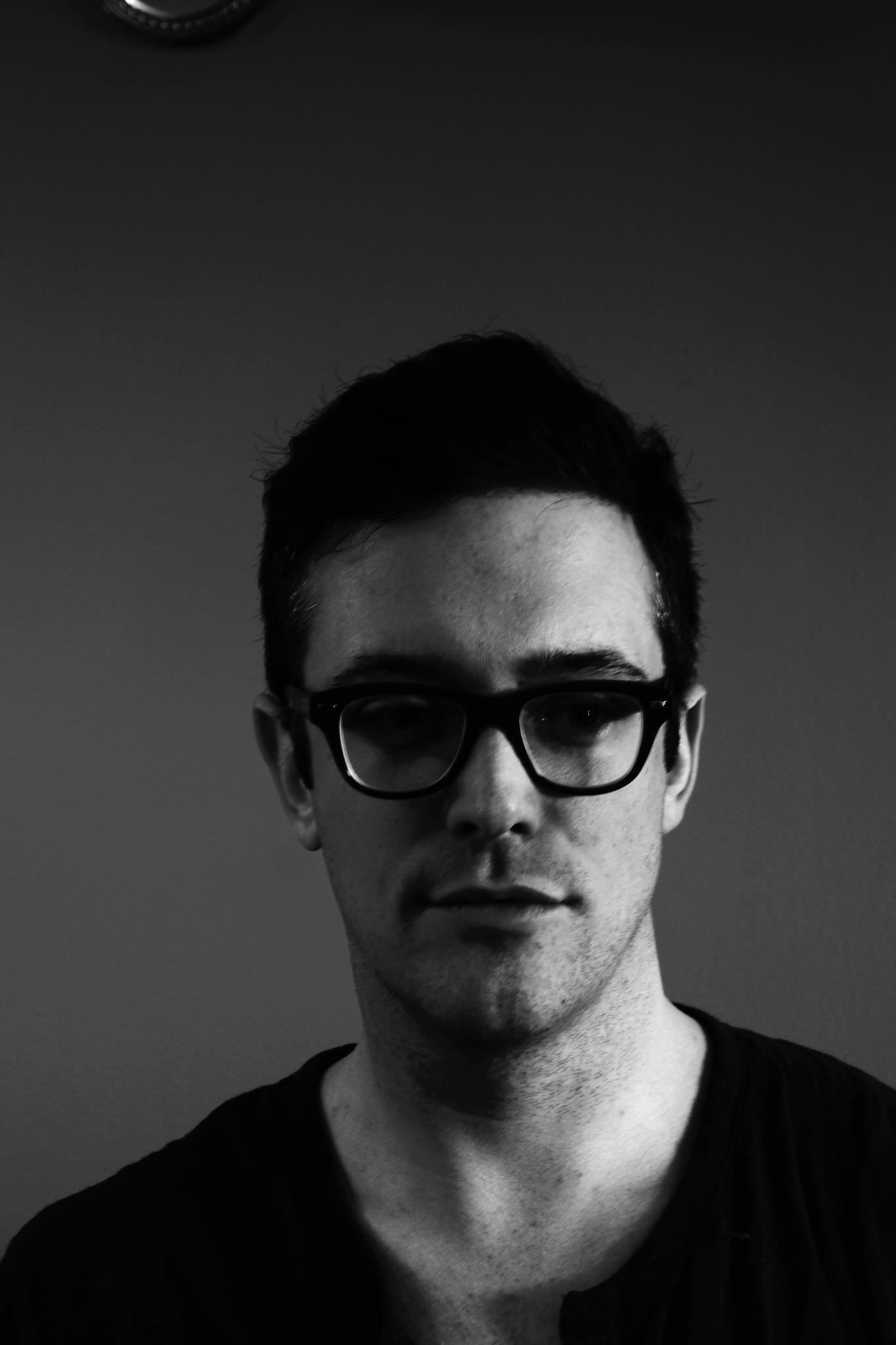 What inspired you to set Sea of Trees in Japan, and specifically, in Aokigahara?

The setting came to me before the story did, actually. I had read an article about Aokigahara and just found it fascinating – a place where the trees grow together so closely, where there are hardly any animals and that has this long and macabre history of death. As a setting – even as a character, which I think it ultimately becomes in the book – it was just too fascinating to pass up. So I did a great deal of research, read as much as I could about it as well as the epidemic of suicide in Japan, and the story formed around that, defined by a place just so magnetic and mysterious and eerie. As the story came together, it became about more than just death, but about relationships and communication (specifically the breakdown of communication in its many forms), and anchoring all of my stories in Aokigahara was the perfect way for me to do that: the fact that it’s very real, and all of the things that happen there – people killing themselves regularly, groups of people coming in to look for them, others there to collect their valuables – is far more unsettling than anything I could have imagined.

The main narrative of the novella is alternated with other short vignettes, recounting the stories of other people who chose to end their lives at Aokigahara. What prompted this structure? Would you ever consider expanding any of them into something longer?

Well, a couple things prompted it: When I first started writing the story, it was just the Bill/Junko narrative, and while that was the basis for everything, and their dynamic very important to what I was trying to say, I found that I really needed to break it up so it wouldn’t be too monotonous (you can only have so much walking around in a forest). I also think, since that is the main narrative, breaking up particularly tense sections with another story, giving your mind a rest, makes you think more about it and process what you just read, and that helps the story progress in a much smoother way. The vignettes ended up becoming some of my favorite elements of the book, truthfully, and are as important to me as the main narrative. I don’t strive to answer questions about why people commit suicide, or offer any solutions, but to open up a dialog about it, using the forest as a character, a mythic place they feel drawn to. And it is in these vignettes, I think, that you start to really grasp the magnitude of the place, the cultural reasons why people may choose to kill themselves, and you’re able to apply that to the Bill/Junko story – so some of the subtext becomes text and helps you understand Junko’s state of mind.

As far as expanding, it’s an interesting idea, but I probably wouldn’t. One of the reasons I tried to keep the vignettes short was so as not to dwell too much on death – I tried really hard to strike a balance of just enough characterization and death. Too much of the latter and I think it would have been too distracting. Too much of the former and you sort of forget the place of mind the characters are in and it loses its focus.

Could you say something about the process of getting Sea of Trees published with Winter Goose Publishing? Was there any particular reason you chose them?

I had actually submitted another book to them, and while they liked my writing, the book wasn’t quite their style, so they asked if I had something else. I did – Sea of Trees – and they were quick to respond with an acceptance. I ultimately chose them because from the very beginning they showed me an enthusiasm about the book and working with me that was very refreshing. Being in publishing myself, I’ve seen what some publishers don’t (or can’t) offer – some so bogged down that they can barely pay attention to their writers – so it was great to find one so eager and that so obviously loved books and writing and sharing all of that with an audience. That was very important to me, and really, it’s been an absolute honor working with them.

You are one of the brains behind Midwestern Gothic, and now, MG Press. Some time ago, I also reviewed the first publication from MG Press, Scott Dominic Carpenter’s This Jealous Earth, and interviewed him. What led to your selecting Scott’s work for publication? More generally, what sort of work are you looking for at Midwestern Gothic and MG Press?

Scott’s collection stood out to us as the exact thing we were looking for – not only is he wildly talented, but the stories are diverse and represent, even if not physically set in the Midwest, our sensibilities here. Part of our mission is not just highlighting people living here in the Midwest, but how the culture sticks with you no matter where you go – I’ve heard so many stories from folks who move away and can’t quite get the Midwest out of their systems, which fascinates me. I think that’s prevalent in Scott’s writing, and a testament to the uniqueness of the region. Moreover, his stories contain a breadth of themes and images – a little bit of everything – which we found works well with a collection to keep people reading. If every story was the same, for instance, I think it would be a much tougher sell/read. Last, his work was polished: it came to us in a wonderful state, fully-fleshed out, which I can’t tell you enough is very important when submitting.

In general, I think a lot of what I stated previously goes for what we’re looking for in Midwestern Gothic – stories don’t necessarily need to be set here, but be recognizable as Midwest-influenced. We don’t care if the story is light or dark, we just want real life, and this portrait we’re trying to paint of the Midwest is, ideally, represented by various voices, various stories and experiences, to better flesh our home. So as long as there is some connection here, even slight, we want to read it. I think I can say that the only thing we’re not specifically looking for is genre fiction – we have published some stories with slight genre bends to them, but nothing overtly so. The idea again is that we want to see real life here, good, bad and ugly, and while genre fiction is great and there is a place for it, we feel reality is interesting enough and really want to get to the bottom of that.

What is your next project as a writer and/or editor, and could you share something about it?

Well, we’re in the midst of working on our next MG Press title (a novel), which we should be announcing late summer/early fall – a lot of our energy is going into that right now, in addition to prepping Issue 11 of the journal, which is a Creative Nonfiction issue (our first foray into CN). Personally, I’m shopping around a new novel that I’m really excited for. In addition, I’m in the midst of a short story deluge (writing and submitting), so that’s been taking up a lot of time too.

What question do you wish I had asked, and could you answer it?

What is your spirit animal?
I wish I could say something ferocious like a lion or a black bear or an alligator, but I’ve taken a lot of online tests and I always seem to get a crow or morning dove. And those tests are always right.

[ED: Ian’s review of Robert’s collection, Sea of Trees can be read here]

June 21, 2012 Editor Comments Off on ‘Cosmonauts’ by William Winfield Wright

2 thoughts on “In Conversation with Robert James Russell”