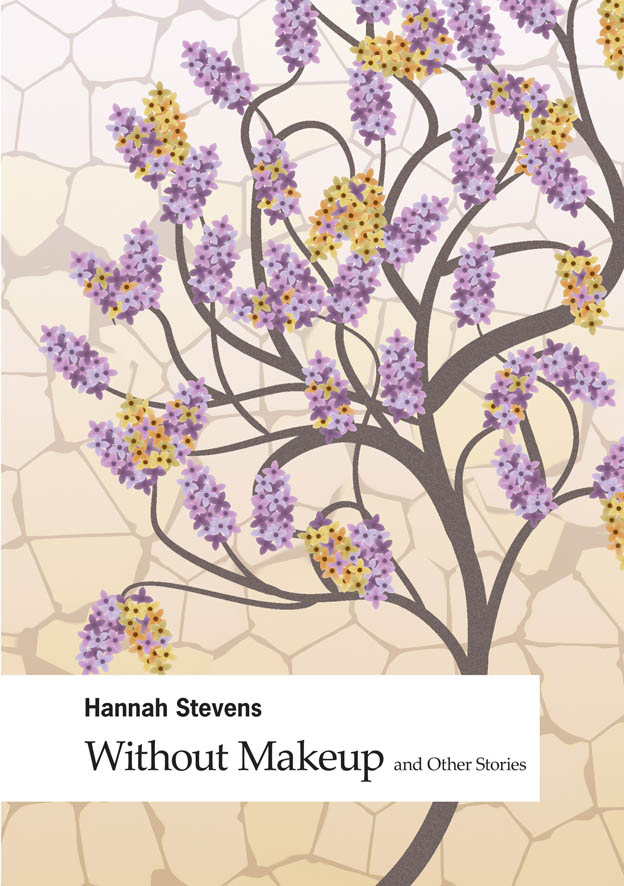 Hannah Stevens’ Without Makeup and Other Stories is a slim pamphlet comprising six short stories. The stories themselves only take up sixteen pages; barely enough, you might think, for a reader to get to know the author and enter the heart of their fiction. Except, not in Stevens’ case; these very short stories are brief, grazing glances into entirely convincing worlds, and the polished accomplishment of Stevens’ prose resonates over the few printed pages. 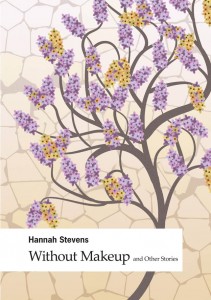 In his introduction to the pamphlet, the author David Belbin writes that Stevens ‘isn’t afraid to make the reader work’. For me, this is where Stevens’ power resides. She trusts the reader to draw out the meaning and connections in her prose, and does not over-embellish. These stories may or may not be connected: a character’s name is repeated, a reference to a missing child occurs in two of the stories. As with her writing overall, Stevens allows her readers to make connections.

The practice of encouraging the reader to fill in the gaps appears in the first story in the collection, ‘The Noises of Being Torn’, which portrays the breakdown of a relationship in all its splintering detail. The boyfriend meets someone at a party: the narrator, his girlfriend, knows ‘who he is kissing. Her brother is wearing the birthday badges; it’s his party, she handed out the balloons.’ We learn from this glancing reference that the boyfriend has strayed and with whom, though Stevens take care to keep the new girl in the background. The elliptical characterisation continues in the story’s next section:

To want someone, it doesn’t take much. It doesn’t have to be about how beautiful a whole face is. Maybe a pair of eyes is just the right colour. Or they light their cigarette in just the right way. Or their hands are the kind of hands you like. Then they’re crushing your thoughts and everything is crowded with them.

This is effective writing; Stevens has no need to enhance the mechanics of attraction and is convincing in her portrayal of the sliding, insidious way that affairs develop.

‘Weekend Bruises’ is, in essence, about a secret relationship between two office-workers (office work recurs in three of the stories) but Stevens is a writer capable of creating a meaningful world far beyond the remit of her prose. The story is also about moving and shaping, and finding purpose. The nameless male – many of Stevens’ characters are nameless – yearns for a distant co-worker who remains aloof, ‘[e]xcept at weekends when sometimes she lets him sleep in her bed’. The man’s fragility is hinted at through his daydreams, where he imagines falling from the office block: ‘Maybe there would be others too. Maybe one Monday there would be a cascade of falling from the fifth floor’. There is a suggestion that the man is drinking too much though other office workers also over-indulge; on Fridays, a weekend of boozing ahead, the office thrums with an unspoken desire for ‘strange sex and bruises they can’t account for’.

Office work features again in the title story, ‘Without Makeup’. Laura, a young woman, has an affair with Paul, an older, married manager. As a result her job is protected whilst others around her are made redundant. It earns her the scorn of her co-workers who question if ‘she’ll be happy because of a title on a name badge and extra coins?’, though Stevens shows, in a few well-paced sentences how much the relationship has cost Laura: ‘She looks older than she is. But the reckless reaching out to the world gives away her youth’. In this story Stevens again brings human tensions and disappointments to the surface by pushing back the façade of mundane, dreary situations.

An office worker struggling with alcoholism is the focus of ‘Lilac Tree’. The situation is handled sensitively, with Stevens painting the female character with sympathy. The woman doesn’t know why she drinks: ‘[m]aybe it’s that flood of darkness. The fade of the world with each swallow, the fade of the world with each glass. To be something unordered. To have thoughts undefined’. Her life collapses as the drink takes hold, to the extent that one day she turns up at work, having forgotten that she was sacked some months ago.

In ‘Knowing Something by Heart’, another character’s life disintegrates, this time following the disappearance of his daughter. Tom is unable to connect; he leaves his job as a teacher by climbing out a school window, his wife leaves him. Debris in the street stands as a metaphor for the father’s broken life after his marriage fails: ‘There was smashed glass on the pavement and it caught the stars. Her image stayed nailed to the street for days’. This representation of shattered light/shattered life is reflected at the end of the story when the father sits in his garden, drinking, and around him, ‘pink-footed pigeons catch shards of silver in their wings’. Life continues, Stevens seems to suggest, even though the father’s life has stopped abruptly and is caught upon the memory of his child, ‘now a person constructed completely of shadows, of shades and untruths’. Again, Stevens is convincing in her representations of emotion; in this case, the grief of a father is not overstated but is left raw and unrefined.

The final story, ‘The Powder of Moths’, takes up the motif of a missing child, having the new owners of a house discover a newspaper cutting about the case, presumably saved by the son of the previous owner. The son committed suicide shortly after killing his mother, but Stevens treats the man’s death sympathetically: ‘There is a cough just before his breathing stops and the rumble of the car. Behind his closed eyes are the bursts and flashes of fireworks’. Stevens leaves it up to the reader to decide why the man killed himself and his mother, and his involvement – if any – in the disappearance of the child.

These are stories that challenge the reader, that force an involvement in the text. The collection needs to be reread and then read again in order for images and phrases to make sense; Stevens does not appear to be a writer content to allow her readers to treat her stories as merely escapism. Without Makeup and Other Stories demands an investment; Stevens is a skilled enough writer to make that investment worthwhile.