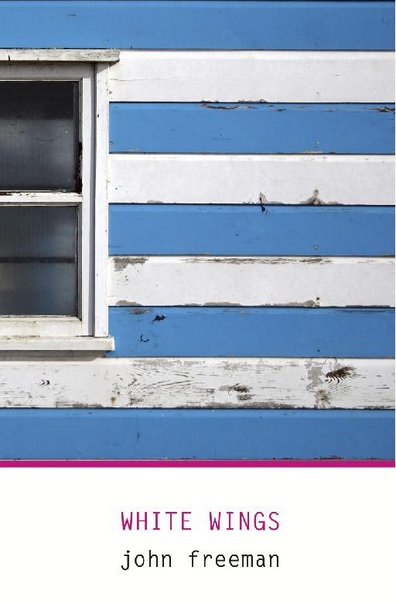 John Freeman has been publishing poetry books with small presses since the mid-1970s, and reviews in magazines since a decade before that. On the basis of this book, a collection of his prose poems, he is not nearly as well-known as he should be, and it is no small irony that, in his critical work, he has been a champion of twentieth century poets who, in his view, should also be more widely read. His collection of reviews and essays, The Less Received, which was published by Stride in 2000, is not only a testament to his personal enthusiasms, but also gives us a sense of the aesthetic concerns that inform his own work. What Freeman praises in others (like John Riley, Robert Creeley or George Oppen) is a plainness of language and ‘a kind of almost religious concentration on the essence of personal experience’, which is an affirmation of that experience as it reveals the world more fully to the poet through his ‘attentiveness’.

These ideas strongly inform Freeman’s own work as it is presented in White Wings. The book is made up of over 50 pages of prose poems from previous publications, a longer uncollected poem about Horace Walpole’s Strawberry Hill, and a final section over around 30 pages, consisting of a sequence about a family holiday to Wells Next the Sea in Norfolk. The setting of the latter gives some sense of the unspectacular backdrops that Freeman gives his poems and the resolutely personal point of view they establish. There are apparently no imaginings here of situations unfamiliar to the poet and certainly no persona poems in which the writer tries to imagine being someone or even something else. Such approaches may be common in contemporary lyric poetry, but the texts in this volume are almost exclusively concerned with places the poet has seen, walking or travelling through landscapes or cityscapes in recognisably everyday situations: for instance, on a number 9A bus.

It is through the close description of these places, the observation of their sensuous detail, that the poet strives towards a kind of ‘centredness, fullness, blessing and openness’ that has religious overtones without ever becoming explicitly religious, at least in denominational terms. It is hardly a surprise then, to discover that Freeman has spent an academic career as a lecturer in English taking a strong interest in the Romantics: there is here an impulse to poetic contemplation that suggests a reality beyond superficial and fleeting perception, a reality that can be moved towards through attentiveness to the world the poet perceives, and that can be conveyed to the reader by sharing with them ‘the subtleties of the way these things resonate in the poet’s consciousness’ as they unfold in the language of the poem. To a greater or lesser extent, then, all of the poems collected here ask the same question posed in ‘Umbrageous Coverts’: ‘if we stay here long enough, enjoy, listen and look and become still enough, surely we become a question and a longing.’ This is Romanticism’s irony, of course: the realisation that knowledge of the whole may be impossible does not take anything away from the captivating longing for that whole that is sensed and longed for.

Given the nature of Freeman’s project, it is unsurprising to find the poet at one point reading Merleau-Ponty’s Phenomenology of Perception and even repeating the word ‘phenomenology’ to his baby daughter in the hope it will be her first word. What seems like a joke also has a serious implication. What matters to Freeman, as to the phenomenologists, is perception itself and the possibility of founding meaning about the world in that perception. By laying that notion in his daughter’s cradle, Freeman is (with characteristic lightness of touch) also insisting that this struggle to find meaning in the world is a key project for the self, a lifetime’s project even, as Freeman has clearly made it for himself.

The centrality of this theme, which admittedly sounds rather abstract when put in these terms, has a significant impact on Freeman’s poetic voice and the option for prose poetry. I have heard a number of explanations of the difference between lyric and prose poetry over the years, if in fact the validity of the prose poem was admitted, but the function it serves in Freeman’s work is so interlinked with his intellectual project that we see something like a perfect harmonisation of theme and form. Lyric poetry can tend to distil, to capture in images a thought which is in some way already achieved and is then merely presented to the reader (there are, of course exceptions to this – for instance, Charles Tomlinson, for whom a poem is dedicated in this volume; or, more recently, Jori Graham). What the prose poem lets Freeman do, however, is to allow the reader to follow the movement by which perception proceeds and the thoughts that emerge from those perceptions. This is never more evident than in the poem ‘Meringues’, for instance, in which the poet describes the illness of a woman the reader may well assume to be his wife during a period spent in France. Twice a week, her visits her, and takes with him a bag of the gorgeous meringues sold by a shop on his way to the hospital. He realises that his wife cannot eat them all and has probably lost her appetite for them, but this does not stop him, realising as he does that it is as much a comfort to him as to her. This is how the poem ends:

And yet if I hadn’t managed to persuade myself they would make her happy, they would have been no use to me. I think of them, see them, feel my painful hope that they could do what they couldn’t do. They stand for how people have to live subjectively, through feelings. Being objective would be unbearable.

If the above were a lyric poem (especially one under the scrutiny of a workshop group!), the comment would doubtless be that this is too much ‘telling’. The lyric poet would want to use the symbol of the meringues, perhaps give some revealing details about the woman’s reaction to them, the husband’s sensuous admiration of them, the traumatic nature of the situation. Freeman does do all of this in the poem, but at the same time he fills in the blanks that the lyric poet would try to leave. We see the symbol of the meringues, or rather the progression of his perceptions about them, as it develops in his recollection. This is a retrospective interpretation, but one which does not appear to know where it will arrive when it begins. What we have instead is thought in process, with all its meanderings, in all its open-endedness. The poet does finally arrive at insight (‘Being objective would be unbearable’), but he does not attempt to repackage that insight in a ‘showing’ way, so as to let the reader reach the conclusion in their own way. In this sense, this text might almost seem like a draft for a poem. In fact, it is as if the poet shows us his working, demonstrates to us how the trick is done. For this kind of work, the prose poem is ideally suited. It allows Freeman an expansiveness that lyric poetry would deny, a relaxed form that mimics the movement of thought and perception, and invites the reader in to follow that movement themselves and partake in it. In their concentration on particular moments and situations (for instance an evening not long before one of the poet’s childhood birthdays in the lovely ‘September Evening’), and in their insistence on revealing their significance through careful observation and description, these texts are recognisably ‘poem-like’. Nevertheless, the option for prose is clearly and satisfyingly embedded in Freeman’s aesthetic project.

I am a little afraid that the discussion above will have given the impression that Freeman’s work is ‘serious’ in a worthy kind of way, but there is also a great sense of fun in the poems (particularly in the final sequence, where the poet relates episodes from family life with his grandchildren). He also knows how to have a joke at his own expense: for example when he is reminded of Frank Sinatra and Fats Domino while on a literary pilgrimage around Strawberry Hill (‘the unconscious is not a snob’). In top of that, he has an excellent line in aphorism: for instance, ‘being a parent is like making art or teaching, you don’t know how well or how badly you’re doing.’

Contraband are to be congratulated on bringing together this career-spanning collection of Freeman’s work, which showcases a neglected talent. He is good and stimulating company, and more reader should get to know him.