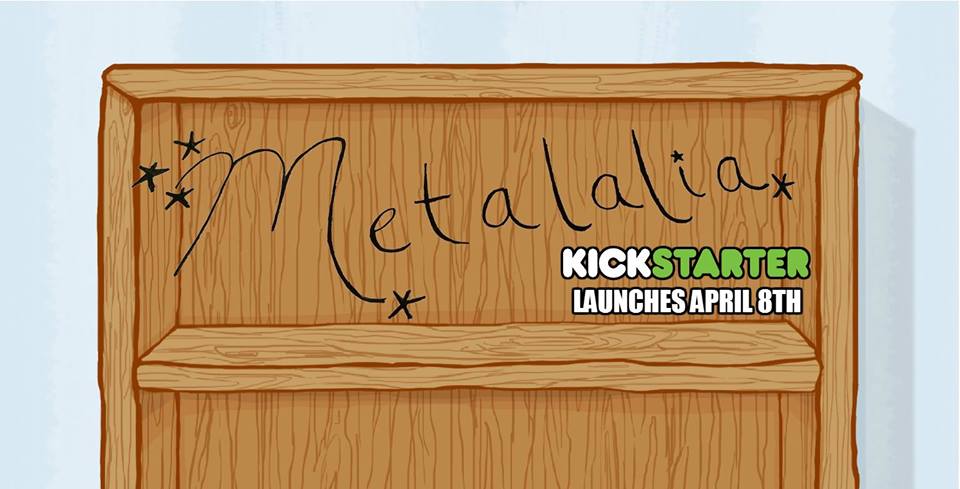 Writer Alex Nicholson and musician Pam Shaffer launch their new multimedia story-telling experience this month, a collaboration that has brought them together across the Atlantic. Metalalia, an immersive app for tablet and smartphone devices, will give its audience fairytales with a modern twist, accompanied by a unique soundtrack and visual art. They’ve already made a splash on social media, and their Kickstarter fundraising campaign launches on April 8th. They found some time to speak to our Fiction Editor first though:

Tell us a bit about how Metalalia started and what you’re setting out to do.
We met at a party in Los Angeles and fast became fans of each other’s work. Metalalia began when Alex returned to the UK after finishing a screenwriting course at UCLA. He started reading stories aloud and sending them to Pam to help us feel a little closer despite the massive distance between LA and Staffordshire. Pam composed music for one of the stories, and a silly joke about the app Sleepytime Boyfriend turned into a workable idea for the next generation of e-reader, one that would incorporate all of the media elements we wanted to share.

How does technology fit in with that? How are you using and planning to use new technology for your work?
This is a kind of storytelling that has never before been available outside of live performance. It’s just not been possible to host different audio streams on an e-reader platform in the past, not in the way we wanted to present them. Metalalia takes the idea of an illuminated manuscript and brings it into the 21st century, weaving text, audio and visual art into a single immersive storytelling experience that you can take on the bus or curl up with in bed. Portability and utility were two of the central pillars of our concept for Metalalia, which is why we went with developing a tablet and smartphone app initially, rather than web content.

Metalalia combines stories with music and visual art – but which comes first in your process, or do they evolve together?
The process starts with an idea for a fun and engaging twist on a classic fairytale, or a new story that desperately needs to be told. Once the ‘feel’ of the story is established, Alex will get to work writing, while Pam will work on what kind of sound the story calls for. We like to give our visual artists fertile soil for their ideas to grow in, so we generally have them come into the piece when the text and narration are finished and the musical direction has been well established.

How do you think this project sits alongside your previous work? Is it more adventurous, perhaps, or more demanding?
Alex: Oh my god yes. Demanding would be one word for it. I think this project builds on the foundation established when I was working in Mixed Things Theatre– trying to create an engaging and accessible platform through which to tell stories about people who oftentimes are marginalised by society. Compared to Mixed Things, though, the investment and size of the team required, and the legwork as project manager, is all scaled up. It’s definitely the biggest artistic adventure I’ve embarked on.

Pam: I would have to agree with Alex. Having released my own music and planned my own tours, this project is definitely ambitious in a way that I have not previously encountered. The music that I am writing certainly reflects the different styles that I enjoyed exploring in my previous works but also stretches me to come up with soundscapes for particular storylines. Metalalia is simultaneously more demanding and rewarding because I get to work with artists in several media and learn to coordinate our talents.

The first story you’ve teased audiences with on your website appears to be a reimagined Rapunzel. Are all of the stories for Metalalia fairy tales, or are there other stories planned too?
We’re starting with fairytales, a mixture of retellings and originals, although the name was in part chosen because we also want to adapt myths and legends, which are just as ripe with powerful archetypes and themes. It’s our hope that as people see Metalalia as a viable platform, they will want to tell their stories with us. As long as they fit with our project’s ethos, we would love to host a greater breadth of stories.

Which other writers/musicians/artists out there do you admire? And which would you say influence your work specifically for Metalalia?
Pam: I have long admired the work of Tori Amos, Bjork and PJ Harvey. Those three women were like the holy triumvirate for me as a teenager and continue to inspire me as strong, versatile artists. When writing music for this project, I thought about film scores that I loved, like Amelie and Requiem for a Dream. I wanted to write music that had distinctive textures and themes without overpowering the stories. I feel really lucky to have the opportunity to experiment with so many sounds alongside Alex’ words.

Alex: I really admire China Miéville and Terry Pratchett, who have both been tremendous influences on both my writing style and my outlook. Both have a seemingly effortless ability to reach into ‘the lore’ of fantasy and other genres and rearrange it into something that is more real and yet more fantastical. I’ve been very lucky to study under both of them and see that it’s the kind of skill that only appears effortless after years and years of practice. I still have a long way to go, of course, but I’m enjoying the journey.

You mention William Blake as an influence, a lot of whose work is quite subversive for its time. Is that something you can see in your own work?
In some ways. For us it doesn’t seem especially subversive for Pinocchio to become a quest of gender identity, or for Rapunzel to be a woman of colour. Unfortunately you don’t have to look far to find people who get very cross about cultural icons that they feel ownership of being used in this way. Metalalia’s point is that those icons belong to everyone that grew up in that culture, and that ownership has always been a lot broader than some folk would like to concede. 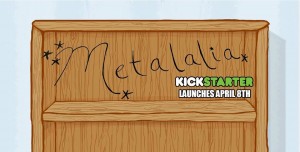 Your website talks about reimagining fairy tales – what is it about them that needs reimagining, and why? How do you go about doing this?
Did you know that in one of the earliest versions of Little Red Riding Hood, she’s saved by a group of laundresses by a river, who outwit and drown the Big Bad Wolf? Didn’t make it into the Perrault or Grimm versions, of course. They’re more interested in frightening little girls into obeying their parents. We want to restore agency to the protagonists of these stories, who are often young women, usually passive, nearly always ‘beautiful’. We have been placing the classic characters in novel contexts to breath new life into these stories and create more inclusive narratives.

Is there any possibility of a live show featuring some of Metalalia’s work (like, for example, Superbard’s performances of his short story collection, The Flood, which we’ve reviewed in the past)?
We certainly hope so! We’re going to be promoting the Kickstarter in the LA area with live performances of some of the stories. We’d love to bring the tales over to the UK, if things go well and there’s enough people who’d like to sit and have storytime with us.

Check out Metalalia’s website and social media for more updates, and maybe help them reach their fundraising target via their Kickstarter campaign here.