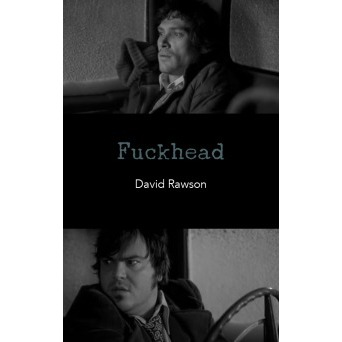 David Rawson’s Fuckhead is a fascinating novella/essay about two brothers. The narrator has VATER syndrome, a series of complex birth deformities, which create a lifetime of otherness – as he battles with having no anus, club foot, and a range of other disabilities. His brother is recently in remission from cancer, and the short book begins with the narrator being pilloried by his brother for daring to write about cancer, when it’s his story. The narrator replies that it’s his story too, as he had to take him to hospital, and it became part of his life. Yet this difference – a series of disabilities from birth compared with a life threatening illness – is at the heart of this compelling treatise. For literature, and subsequently film, treats disability as a plot point, a way of providing contrast to the able bodied. Hence Benjy in The Sound and the Fury or Lenny in Of Mice and Men are there not as characters in their own lives, but as signifiers of the other, against which the able bodied characters lives are measured. 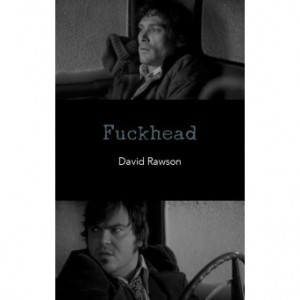 ‘Fuckhead’ is the name given to the disabled character in the connected stories of Dennis Johnson’s Jesus’ Son, the other book discussed at length here. Rawson is drawing a connection between different fictional ‘Fuckheads’ – that the portrayal of characters with physical and mental disabilities is almost always in contrast to the ‘normal’. It’s why his brother is so angry with him. The narrator published a novel called Stairwell about Hodgkinson’s Lymphona but didn’t tell his brother who only came across it in a bookshop. The brother feels his experience has been co-opted.

When he said I would never understand his experience, I reminded him I have lived with VATER syndrome my whole life. His response: “When are you going to stop hiding behind that, you’re not disabled, you’re just a fuckhead”

This sense of empathy-displacement between the able-bodied and disabled, to such an extent that the former’s life-threatening illness is seen as uniquely different, comes out as one of the abiding themes of this short novella. The narrator talks through his own history – of how, coming from a church family, his club foot was prayed for, that somehow God would mend it; of how his masculine mother gave him enemas daily for years creating a traumatising physical disjuncture in their relationship; and how his family did everything to disguise or ignore or avoid the difference caused by his disability. He would be taught to lie rather than admit the problem, and they withdrew his disability support because they didn’t want him to be dependent. He takes these challenges into an adult life where his disability affects everything – particularly as he never quite knows if and when he’ll need to go the toilet, and how fruit in particular creates massive stomach cramps for him.

Yet perhaps only a third of the book talks about the anecdotes of his life. He talks also of the literary precursors to his predicament. (And here’s the metafictional double helix of the story, for he is also a literary creation, with a ‘normal’ brother.) You don’t have to have read The Sound and the Fury or Of Mice and Men to get something from the book, for Rawson quotes extensively from them. Also, echoing David Foster Wallace’s essay that postulated that we’d start taking our experience not from real life, but from film and television, it is the brothers in the film Rain Man that provide the most telling parallel to his story. And along the way we also get the TV show Community, What’s Eating Gilbert Grape? and even James Stewart in Harvey. Replete with references, this is at times an essay on disability in contemporary culture.

If this sounds a bit dry, then Rawson’s style, always elegant, but also always slightly wry, like the best kind of magazine journalism, keeps the short narrative flowing. I read it easily in a single sitting, but intend to go back to it – and particularly want to read Denis Johnson’s Jesus Son which seems such an important ur-text for this book. At times the matter-of-fact style becomes a little too much, little is held back, and coprophiliacs will be happy with the role shit plays in the narrator’s life. In all of the talk about ‘alt lit’ we often see a writing that is un-filtered, yet this highly stylised novella is very filtered, but erring towards the non-fictional. This strand of cross-genre writing seems a genuine contemporary style, but with echoes in the New Journalism of Wolfe or in the contemporary satires of Stewart Home, yet it might well be that Kathy Acker is the real touchstone here – a presiding spirit linking between 80s/90s zine culture and our new democratic self-/small-publishing space. Available as a freely distributable PDF based e-book, or as a print publication from New York’s Punctum books it’s well worth exploring. Punctum, like Civil Coping Mechanisms, seems to be unearthing a nicely alternative strand of writing here.

I preferred the fictional aspects of the novel to the non-fictional, which at times did read purely like a literary essay, yet the hybrid generally works well, and seems well-matched to this particular subject, especially now, when questions about ‘ableism’ and privilege are so current.