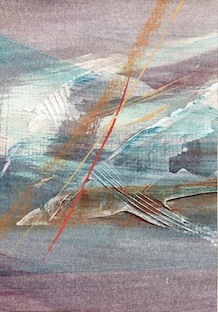 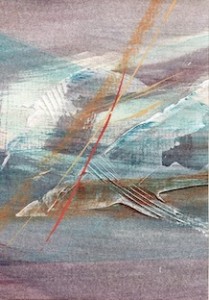 What’s it worth? A question that rings throughout this recent pamphlet of Kathleen Bell. If something can be named and priced, it can be bought and owned. The first sequence ‘They Come For You To Buy And Sell’ begins like a grim horror story. We meet ‘the purchasers’, clad in black, whose smiles “tighten their lips across a hollow skull” – reminiscent of Oscar Wilde’s quip about cynics: “a man who knows the price of everything and the value of nothing”.

There is much anxiety about measuring the value of things, and yet it’s not your usual fare. Weighing up the natural world by its trees, leaves, blades of grass and the song of larks; mercenarily mapping human landscapes of pain and grief, little loves and loss. The most poignant is ‘at the tailor’s’, where “they took your measure for mourning, / clothed you in white”. Bell’s simple-sounding language belies a sinister vision – value economics gone to extremes.

‘Economy’ has its etymological roots in ‘house-management’ – so what can it mean to the homeless? The second sequence ‘Off Lampedusa’ – the Mediterranean island between Sicily and Tunisia with a rich colonial and immigrant history – interrogates the human angle. Bell recounts examples of travellers, slaves and refugees through the ages, both real and legendary. More striking than the summarising of famous stories from classical and canonical literature are the unnamed protagonists:

The allusion brings up 2013’s Lampedusa migrant shipwrecks, but also all such treacherous voyages that are part of our collective histories.

Is there anything that defies the devaluing of valuing? That can’t be bought? There’s hope in the “empty air / and a white page” in ‘legacy’. And how could one measure the value of memory – something that is tricksy, subjective, so easily lost.

One thought on “At the Memory Exchange by Kathleen Bell”