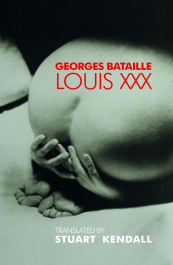 Whilst the content of Bataille’s writing is decadent; his positioning of words is often sparse. For example there are entire pages given up to single stanzas of a poem. There are also a scattering of photographs throughout, positioned with care and minimalism within the text. In this way a love poem is accompanied by the surprisingly spontaneous image of a woman’s genital area, and it is only after this point that the poem becomes erotic. Other romantic poems are suddenly interrupted by coarse language, or the description of a woman’s ‘arse crack’. Reading on reveals that Bataille is genuinely obsessed with women’s ‘arse cracks’ (if the number of times he mentions them is anything to go on).

Bataille’s descriptive powers and poetic adeptness result from juxtaposing humour, eroticism and intriguing perspectives. Bataille has the ability to see things from several original, and dingy, viewpoints. For example: a lot of ‘The Little One’ is given up to describing God as a destructive, verging on psychopathic, force. He seems bitter towards God, seeing him only as a judgemental presence. The things that Bataille finds pleasurable (arse cracks and suchlike) are targeted with disdain by God and his followers. It is understandable then for Bataille to predict that God will only ever have scorn for him; and he seems to have decided to respond to this by returning with equal hatred for God. The line that perfectly describes this strained relationship is: ‘Neurosis: nostalgia for God’s anguish’. However this doesn’t mean Bataille isn’t spiritual. There is non-traditional spirituality to be found throughout both pieces in this book. After all Sartre spent years criticising Bataille for allowing liberal faith in spirituality to show in his work.

Another of Bataille’s obsessions reveals itself in ‘The Little One’ – his determination that there is genuine evil in the world. He discards scientific theory just as easily as he disregards God, stating: ‘Evil is the impossible existing in the depth of things, that indirectly reveals vices, crimes, wars’.

Lack of faith in anything, except occasional spiritual interludes, leaves Bataille in constant doubt, and this shows in his work. He is constantly convinced (like Descartes) that he only definitely exists through his own inner workings. These inner workings are then spilled out onto the page in the form of writing. Bataille seems to utilise his subconscious in a similar manner to the Surrealist painters and their technique of automatic drawing. His relationship with surrealism is then expanded through the exploration of dreams. This all fits in with his existentialist questioning and reference to philosophers such as Kierkegaard.

By the end of ‘The Little One’ Bataille is comparing the freedom of writing to the freedom of dying. It becomes evident that he doesn’t write for immortality (something he posits is impossible anyway) but to be plunged into an abyss of imagination, similar to the abyss of death.

Before the second main text, Kendall includes several previously unpublished prefaces that Bataille wrote for earlier works. Bataille was fixated on releasing new editions of his books with slightly altered, or entirely new prefaces and notes. These pieces are often as elaborate as the work itself. For example, the preface included for ‘Story of the Eye’ gives Bataille space to discuss details of periods of his life, with links to spirituality and historic religious faith. It is made evident that he sees his life in stages rather than as something continuous. This explains, to a certain extent, the purpose of the numerous pseudonyms that Bataille published his work under. Kendall’s theory is that Bataille used the pseudonyms as names for different facets of his personality with different viewpoints to write from.

‘The Oratorio’ is a short play extract that takes place in ‘the whore’s room’. ‘The Book’ presents women’s legs as a book, opened to reveal their genitals (and of course their arse crack).

After the two translated texts is Kendall’s long commentary/critical piece. Kendall is obviously fascinated with Bataille; and his research shows a similar level of obsessiveness as Bataille’s own writing contains. In fact Kendall’s work could easily have been published separately as a purely critical piece. Kendall pays especial attention to Bataille’s identity shifts and their relationship to his spirituality.

Overall this collection bounces intriguingly between Bataille’s considerably obsessive ideas. It is an interesting experience to be able to take in such a wide variety of creative thoughts in a single book-sized portion. If you’ve read and liked any of Bataille’s work before then definitely read this. If you have never touched any of Bataille’s books, then this one is a good introduction to everything his writing is about. 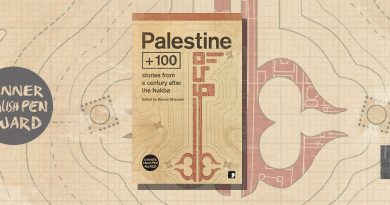