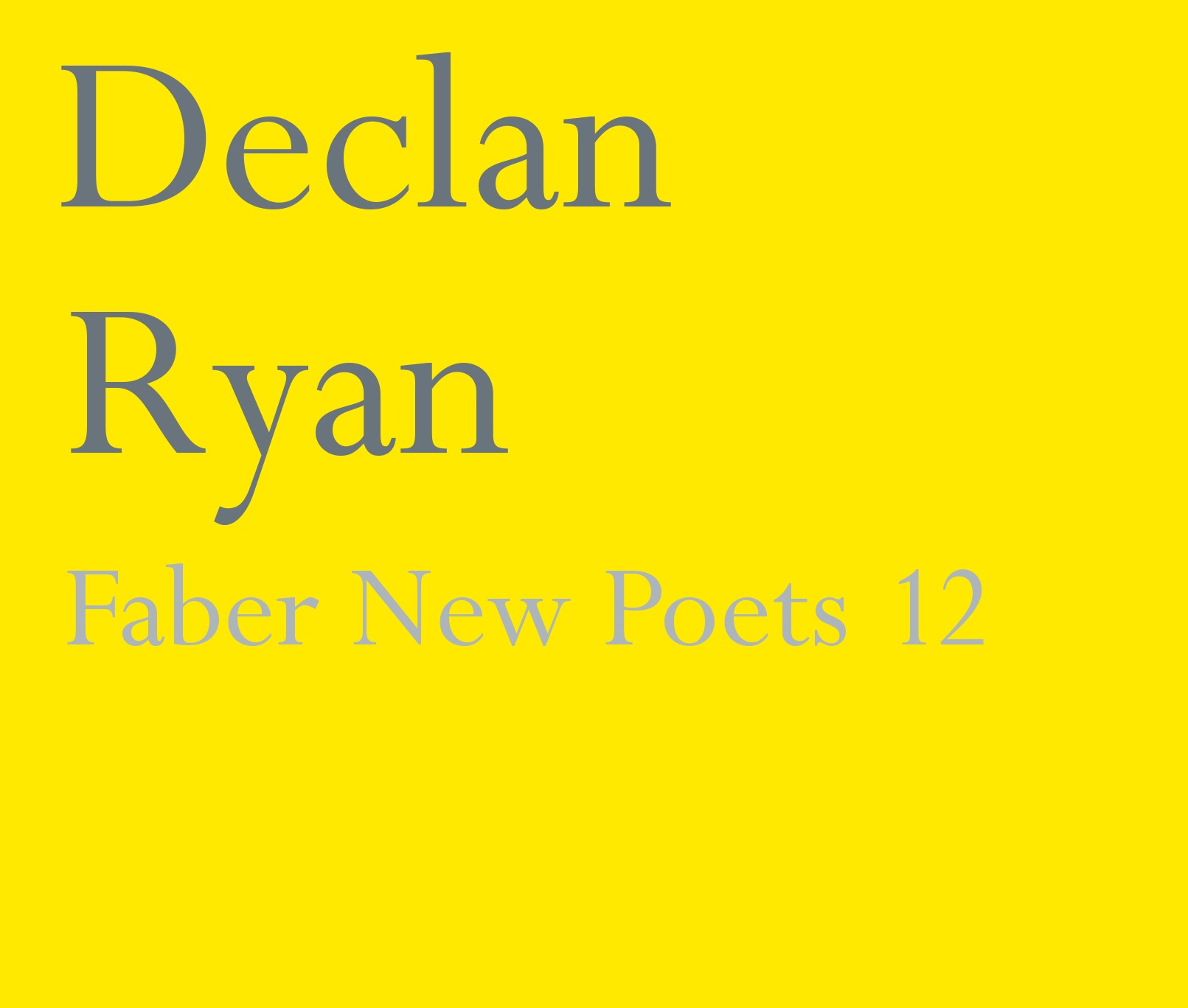 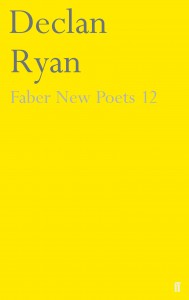 I was recently reading a 1989 review of Richard Wilbur’s Collected Poems by Ian Hamilton in which Hamilton talks of the ‘ringingly emotive punch-line’ endings of Wilbur’s poems. I think this phrase can be turned on its head for Declan Ryan, who seems to have a knack for coming up with arresting openings to many of his poems. For instance, the opening poem ‘When We Were Kings’ begins:

Whales swam in our rivers, stranded
and hours from death, or arriving
at it. They were lost, as we are, branded

with an exile’s stamp.

While this poem seems to owe something of a debt to Edwin Muir, with its beginning in a state of ‘Fall’ and mythic talk of ‘fable-thirsty rescuers’, it also gets straight to the drama of the issue. This is a directness and clarity that Ian Hamilton himself may have appreciated as a central quality of his own work, getting to the climactic moment of the drama, and thus the lyrical cry. I mention Hamilton because I know that he is a figure highly admired by Ryan, who is busy writing a thesis on Hamilton’s ‘perfect speech’. While Ryan’s poems are more expansive and varied in their range than Hamilton’s intensely private focus, they share a similar dilemma of the degrees of concealment and disclosure. In ‘Transmission’, with its startlingly tender lines such as ‘a red dress with a triangle cut in the back / exactly the right size for my hand’, the movingly mysterious, longing ending seems to come straight out of Hamilton’s own oeuvre:

If I’m remembering this correctly
you’d be met by applause
if you walked in right now,
asking to be completely undone.

However, my point is not one of mimesis, Ryan is vividly his own man and has his own approach. Many of these poems are intertextual, or use collage and quotation to bolster their presence on the page. ‘From Alun Lewis’ is a poem sculpted from found prose, in this case Lewis’s love letters. The opening stanza instantly achieves a sense of universality in its yearning, even if read without any prior knowledge of Lewis as tragic war poet:

There is nothing that can save today, darling,
you not being here. You must write.
It’s impossible to breathe otherwise.
I’m only talking of things I really NEED.
I’m so tired of travelling away from you.
I think of you all the bloody time. Do you mind?

‘Ethiopia Shall Stretch Forth Her Hands (The Seven Commandments of Joe Louis)’ employs a similar, but more ambitious approach to historical, published material and is in many ways the lodestone of the pamphlet. What Ryan does here, and does so well, is deftly handle, curate and synthesise a variety of voices and experiences into one startling document. The result is a swirling melting pot of events. Joe Louis takes down ‘Mussolini’s boy’ Primo Carnera ‘like a great chimney that had been dynamited’ and this is set against the backdrop of the second Italo-Ethiopian war. The focus of the poem is on both pugilists and their preparation for the fight as well as Louis’s seven commandments, such as ‘He is never to have his picture taken with a white woman’. However, against all of this national and international significance, these swathes of history, in a Lukacsian way, are reduced to the ordinary man in an extraordinary position: the first victim of a US gas death chamber, a ‘young Negro’:

Other poems of note in this selection include the personal family history explored in ‘The Donkey’ which again seems to owe something to Edwin Muir (although Muir dealt with horses) with descriptions such as:

He found it still and big-eyed
like it had seen a creature-god crouched over it
with kindness in the hollow of their palm.

The story is that, belittling the speaker’s father’s village, his mother told a story of a donkey bought by the family which managed to hang itself in the barn, after getting tangled in its tether. The poem takes on the sense of heritage and myth that marks out Muir’s own poems and ‘Girl in Bed’ is about Robert Lowell’s fatal taxi ride and acts as a dialogue between the dead Lowell and the painting he was carrying to be valued, which brings us, albeit tenuously, back to Ian Hamilton, Lowell’s biographer. Faber New Poets pamphlets are shorter than your average poetry pamphlet, but Ryan’s ten poems gathered here seem to contain a world of experience and announce his arrival as a startling new voice that has built on the work of some important literary predecessors as well as the annals and archives of history.