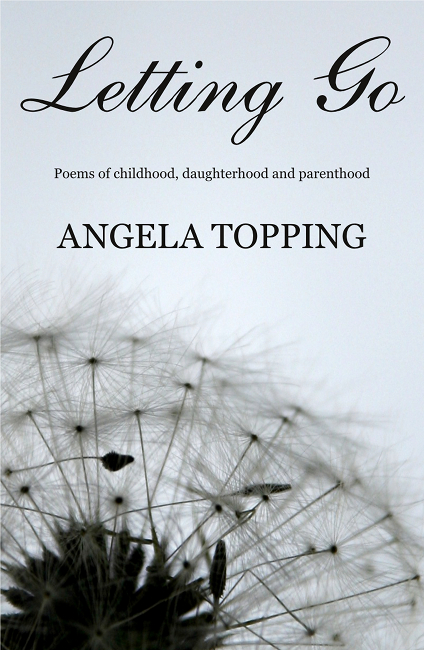 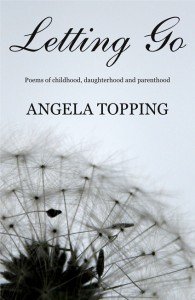 The title is from a Cecil Day-Lewis quote: ‘How selfhood begins with a walking away, / And love is proved in the letting go.’ Through the poems within, Angela Topping explores the process of letting go, when parents have to let go of children and when children let go of parents. She includes viewpoints from both children and parents. In “Reverse Routes” she and her father

walk up the aisle to my future.
Dad’s steps are steady as heartbeats.
He loves me enough to let go.

Two years later, months into a hollow winter
and it is I who must let my father go.
Dad is lying down ahead of us,
swathed in white flowers, as we make
the reverse journey from church.
The funeral car pauses outside our house,
where I no longer live. Mum clutches my arm.

The matter-of-fact, conversational language belies the sentiments being expressed. It’s clear there is much love between a father and daughter. The short vowel and consonant sounds of the first part of the quote suggest the optimistic joy of a wedding. The longer vowels and longer sentences of the second part of the quote reflect the bereavement. The mother clutching her daughter’s arm isn’t just a physical act but also an emotional one: this was a close family, although not without their ups and downs. In “Equal Measures” the children fail to appreciate the symbolism behind their father’s attempts to ensure all get equal measures of cheese:

His father’s careless cheeseparing
cheated him of grammar school.
His childhood left
a bitter taste.

Not wanting us to gag on rind,
he jiggled to weigh
in equal measure
everything,

The poem ends without the children being reprimanded so it’s written with a retrospective lens and an adult’s understanding. Some poems are written firmly in a child’s viewpoint, e.g. “From the Wendy House”, “Peter Pan: The Opera House, Manchester”

walking planks and smoking peace pipes –
games they think too rough for me, their Wendy-bird.
They want me for Mother, darning socks, sewing pockets,
worrying what to cook them for their tea.

Peter doesn’t really want to hear of Cinderella’s bliss,
would have her picking over lentils,
peeling spuds forever, never find her Prince.
It wouldn’t be so bad if he’d play with me
but he wants to be one of the boys, not prepared
for Fatherhood. Why is it me that must grow up?

Yanking me from a warm nursery for this!
Whizzing my head with dazzling words, making me
feel light enough to soar between the stars.”

The frustration at being excluded from boys’ games and forced into a mothering role is clear, especially after promising Neverland meant freedom rather than confinement. The situation is recognisable but not reduced to a rant. It’s the only poem where the role of mother comes with a complaint. Other poems on motherhood paint an honest, loving picture of the conflict that motherhood brings: the desire to protect and nurture tempered by the knowledge that even the most vulnerable child has to grow up and become independent. “The Mother” finishes:

When the cervix opens, spent tulip,
when pain clutches
when his head is ringed with fire
I must learn unloving.

Before birth, while the growing baby is entirely dependent on his mother, he’s hers. However, after birth, the mother has to let go and allow him to grow independently.

Collectively all the poems in Letting Go explore its theme from personal experience. That experience comes from growing up in a loving family and parenting children who were wanted and loved. This has the advantage of giving the book a strong sense of coherence. The poems complement each other and, while they all share a conversational tone, their tone is varied, The poems aren’t just warm reminiscence of times past, but become shared stories. 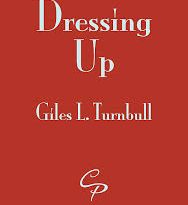 One thought on “Letting Go by Angela Topping”