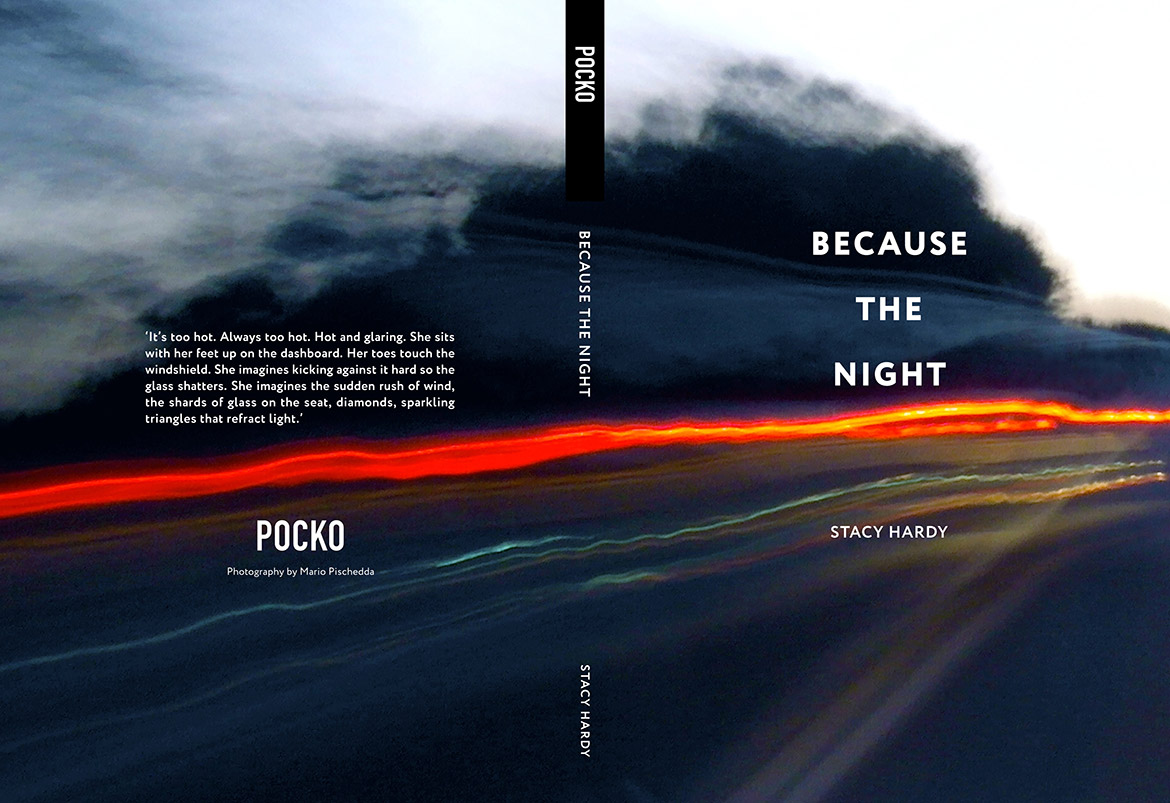 Because The Night is a collection of short stories all by the same writer, Stacy Hardy. Here’s my confession: that bit of information somehow passed me by; an administrative error, a collapse in concentration, whatever it was I started reading this book thinking it was simply a novel or a novella; one story. And call me stupid or call it interesting, but I didn’t even cotton on that something about this novel wasn’t quite right until page 50! That’s when I read back about the info and discovered it was short stories. What I thought were chapters, were entirely new stories, but back to this later.

I was first interested in reading this (as it turned out) collection because I have a personal interest in South Africa, being married to a South African and discovering the wonderful complexities of this country in depth over the past four years. The tiny bit of blurb about the collection that I saw was ‘Rooted in a contemporary South African experience, the stories give a uniquely female insight into sex, love, intimacy and power.’ (Obviously I misread ‘stories’ for ‘story’) so I was interested in what a ‘contemporary South African’ work of fiction had to offer. I suppose in this respect I was somewhat disappointed with what I found. Hardy writes from an English, White South African perspective and apart from a few clearly South African words: veld (generic uncultivated countryside) stompies (cigarette butts) and references to the Rand currency, I’m not sure you’d really ever know you were in South Africa. Hardy’s White, English South Africa really feels like it could be White, English anywhere: UK, North America, Australia… 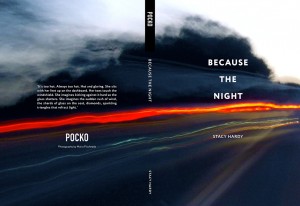 There are tones of Manchester writer Gwendoline Riley. The messed-up woman, breaking the ‘feminine rules’, the uncomfortable perverted thoughts, language to shock, language and situations to test you and the self-indulgent thought processes of women and sometimes men who are lost, or searching for something: a lost brother, an amputated breast, a genuine connection with someone. It’s hard to talk much about the characters in the stories because although the protagonists are all very similar, it’s not really about the characters. It’s neither character nor plot led, but what it is is an extraordinary demonstration of Hardy’s ability as a writer. I start to feel like I’m reading a sketchbook of Hardy’s ideas. A beautiful moment here, a horrific thought there, an excellent example in reader-shock here.

A girl starts inviting her Nigerian drug dealer up to her flat to drink beer with while they watch football matches, they share a moment. It’s sweet. Perhaps there is an element here of breaking down the barriers of social segregation, not just the fact that he’s a Nigerian man in a white girl’s flat, but that he’s a drug dealer in a lonely girl’s flat. There are lots of incidents of women putting themselves in potentially vulnerable situations: having sex with a stranger without a condom – knowing it’s stupid but doing it anyway – pulling random strangers in bars for one night stands. Without a further plot or character insight it’s hard to make sense of these incidents, as interesting and thought provoking as they are. Grappling for a feminist angle that doesn’t quite hold, perhaps it’s about the flawed nature of people or society, but nothing quite fits. I start to feel like this is what Hardy is really good at writing about and so she just keeps doing it.

If I’m sounding negative, it’s only because I’m frustrated at Hardy’s immense talent not being put to full work. She’s so skilful in her handling and flow of language. She’s a killer, a trained word assassin. Her descriptions and ability to express herself so ridiculously well make you sick. To me, she’s like the most world class pianist playing the hardest scales up and down the keyboard again and again. It’s very impressive technically, but it doesn’t leave you feeling much other than awe for her talent. Perhaps a scale is a bit harsh, it’s a melody line, a really difficult melody line to play, but she’s playing it so well, but it’s the same melody line over and over. Which brings me back to my original point, my error in thinking it was a novel not in fact short stories, how it took me until page 50 to realise this couldn’t be the case. The stories are so similar, the voice is the same, whether it’s first person or third person, it’s the same voice just in slightly differing situations. This one’s a woman who’s lost a breast, this one’s a woman who was in a wet t shirt competition, this one’s a woman masturbating with anything she can find in her home, this one’s a woman who’s fighting with her boyfriend. It makes you crave a plot, they’re so close, it almost is a plot. Even the ones where it’s a man in the forefront: this one’s a man whose relentless sexual thoughts exhaust him, this one’s a man who has to internally body search prisoners and he’s never comfortable with it and this one’s a man who can’t perform sexually with his girlfriend any more. It’s all too similar for separate short stories and I must admit I got quite tired of them by the end, knowing I had to endure some sort of uncomfortable scenario and self-obsessed thoughts without any development or reward for my time. Don’t get me wrong, I’m a huge fan of the short story format but there’s something about how a lot of the situations are so aggressively uncomfortable and the tone and the characters are so repetitive that these snippets just don’t work for me without some sort of pay off of a plot.

The collection features a collaborative artistic element in the form of photographs by Mario Pischedda that break up each story. They are time-lapse photographs of dark roads, sometimes with flashes of traffic light, sometimes speckled with rain on a window. The images are moody and depict a lonely road with sometimes ‘things’ drawing closer but never quite in reach. It’s a nice element to the collection and fits well. I enjoyed the visual break from the stories as sometimes they do require a bit of recovery time and these really work well. I must admit it did help with my initial novel confusion however, as it seemed to me that each ‘chapter’ showed a photograph of a progression, something reaching closer as the story moved on, giving it a pace and sense of moving forward. It’s funny how you can view things quite differently depending on what you think the context is!

As the blurb promises sex, love, intimacy and power it certainly delivers but I think you could look past the whole South African aspect. Unique feminine insights, uncomfortable ‘viewing’ and a wonderful display of literary talent that is too good to let pass without the lazy label. Hardy has pulled me far out of my comfort zone; perhaps she now needs to leave her own. 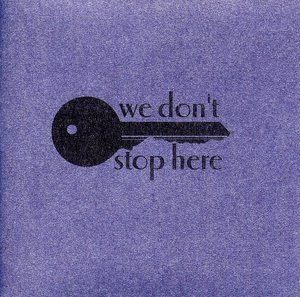