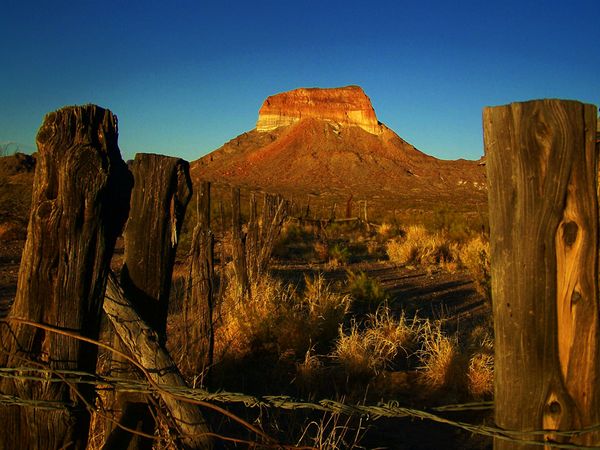 In this age of social media and multiculturalism, language is more fluid than ever before. Poetry has been somewhat slow in catching on, but not so amongst writers of color, who have tended to be on the margins of mainstream culture to begin with. And nowhere is innovation more evident than in the poetic communities that hug the Texas borders.

Primarily a spoken word poet, Daniel García Ordaz (better known as The Poet Mariachi) is one such writer that thrills with his unique use of language. In You Know What I’m Sayin‘?, his debut collection from McAllen-based El Zarape Press, he co-opts familiar American forms and reimagines them in a shifting vernacular infused with Hispanic flavors drawn from Harlem, S. Cali and the Rio Grande Valley.

There are playful poems like “These are a Few of My Favorite Che’s,” which is meant to be recited to the tune of a famous Rodgers and Hammerstein song, and “Why Come Nobody Tol’ Me Dat?” which uses mispronunciations of such things as Corn Flakes and mini-skirts for comic effect, as well as those of a more serious note. Whatever the tone, all are important commentaries on identity and race from a Mexican-American perspective.

As much as I adore the humorous poems (it is so hard to find humor done well in modern poetry), my favorite lines come from the more serious long poem “Securing the Blessings”.  It begins:

’cause you can‘t vote with a green card….

to vote
without paying a poll tax,
without having to prove our knowledge
of grammar and syntax.

I can just stand in line,
stay on my side of the no-campaigning sign
and just relax.

I just show my I.D. and I vote
in the land of “No Mexicans Allowed.”
inside the restaurant,
in the land of “Order your chicken-in-a-
basket‘ and a Coke
through the window in the back!”-burner
of 1950s . . .

It then broadens into a sweeping overview of not-so-distant America, juxtaposing the Columbine shootings with Native American land appropriation and mass voter discrimination across just about every group of immigrants who ever flocked to “America,  the beautiful / for spacious skies & crowded urban streets,” only to conclude with the devastating “I’m tired of you voting for me.”

Leaves you breathless, especially if you are reading aloud, as the poet encourages. Other poems address the murky spaces “between worlds” where black civil rights, gringo biases and Mexican-Americans in the military collide.

These types of collisions are also the specialty of Mouthfeel Press, an El Paso-based, bilingual indie, whose crown jewels are women’s voices from underrepresented cultures.  Not surprisingly under the guidance of  Maria Miranda Maloney and editor Laura Cesarco Eglin, both talented poets themselves, whose mission is to get at the root of language: as a filter, as a marker of identity, as the subtext of inherited and adopted cultures.

Adela Najarro‘s Split Geography is no exception.  With immaculate skill, Najarro draws us into a journey through fractured landscapes as the poet attempts to  digest new vocabulary, make it her own, and come to a better understanding of herself as a woman transformed by her experience, but not defined by any particular place.  In its pages, we fly in and out of Michigan, Nicaragua, Jupiter, Africa, to the Bay Bridge of San Francisco and back again, but always it comes down the quiet dignity inside her, you, me.

I love the loose, rough lines of “Blackbirds in a Pie”:

Obviously the woman I used to be was a fool
or an idiot. I don’t like her. She
couldn’t feel a thing sitting on a stool…

Can I take her hand? The me that was
trying so hard to stay in love with this
world where Rudolph is a caribou
and a nice warm pie has 21 blackbirds.
This place is a madhouse!

And the tighter rhythms of  “With Her Hair Held Back”:

eased into softness with her body, her breath.
I am not in San Francisco, but I know my mother…

I love her
and I’ve left her, but I haven’t. She’s the one

who allows me to understand tai chi, not the class
in a freshly painted studio that once was a sweat shop,

Embroidered designer jeans. A fan in the window. My mother
straight form Nicaragua, did not know how to sew,

but she could stand in line with her hair held in black netting,
slide hot cross buns into white boxes. Embedded between

wooden planks of the tai chi studio floor are stray needles.
Those women who went home on the 14 Mission para un plato

These are poems meant to pour over, to mark-up, to press into your own broken places. The same could be said of  Chinese-Vietnamese American Ha Kiet Chau, whose chapbook Woman Come Undone (also from Mouthfeel) is a gorgeous unravelling of a woman followed by the delicate reassembly of herself through threads of shared language.  I am blown away by lines like these from “Dangling on a Grapevine”:

The northern sun dries us in a Napa Vineyard.
If anxiety hangs on a vine, then we are not native grapes,
we are shrunken raisins; chock-full of brown lines,
wrinkled as a farmer’s coarse hands groping us
in the dead of the night.

Or the deep brilliance of a chance meeting with a crab in  “A Voiceless Woman, Maybe Crying, I Couldn’t Tell”:

Pretty crimson shell strong on the outside. All of us carry
a black-white-yellow-red-brown drama, weighty
on our backs, shrinking our heights….

A crab carries a burden of stories,
needing a lifetime to share.
A crab voiceless to the observer. No, she shouts!

Nudging out of her head, a simple salutation is the voice…
With the leisure of the moon, the lonely tides,
a voiceless woman wills herself to listen,
to convey her soundless words,
even if she joins the number of mothers and sisters
who survived lifetimes of never being heard.

Thank you, Mouthfeel, for bringing us this voice. Such deep passion welling up and over and over.

This press does have some male superstars as well. In The Goatherd, Texas Poet Laureate Larry D. Thomas brings Chihauhaun farmer Gilberto Luna (an actual man living in that desert region in the early 1900s) to life so vividly that you can imagine your own feet becoming like Luna’s, “dark, gnarled, / their nails / thick,curved / as cloven hooves”, your every exhale “redolent / with the musk / of teat and udder.”  Lovely images. I’ll leave you with these lines from “Ivory,” which relates the aftermath of the goatherd’s encounter with a hungry coyote:

On cold nights, in his dreams,
his leg bones ache and he sees it
frosted with moonglow,
studded with a quartet of curved,
gruesome pegs of ivory.

Let these four small press gems marinate deep in your  bones. The more intimate the better, but a moonlit leg will do.  Happy reading!