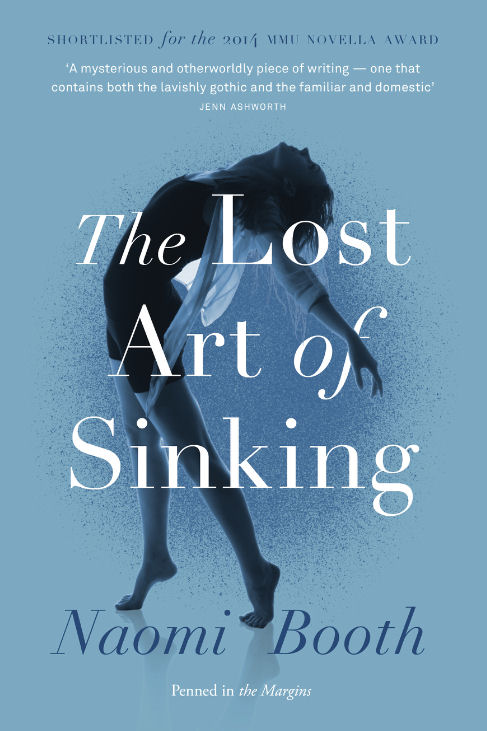 Naomi Booth’s The Lost Art of Sinking is a complex, deeply psychological novella focused on the futility of turning away from the terrors that warp the mirror of your past. Esther Freestone is a troubled girl. When she was twelve her mother had died under mysterious circumstances and she has not coped well with the loss. Over long, drunken afternoons her alcoholic mother (who always insisted that her daughter refer to her by her first name, symbolically denying their relationship) told Esther a romanticized version of her life through history and myth. Married to a man who adored her, but whom she blamed for limiting her chances at fame, Moira compared herself to a figure from ballet:

“You know The Sylph? My earthly lover binds me in a scarf; I let him wind it all around me, trembling at its touch; and my wings fall to the ground. He has killed me, you see, without knowing what he has done, and I have let him. I keel over into his arms.” She dropped her arms suddenly and let her head fall back, lifeless. “And then I am carried away by my fairy sisters.” She slowly circled her head back up and fixed her eyes on the green water beyond the room. “He has killed me,” she said again, turning to me. “Do you understand?”

Of course, the real cause of Moira’s exclusion from the world of dance was injury, and her desire for drama, for fame, permanently marks Esther who (after discovering her beautifully-arranged corpse) internalizes (but never fully articulates) the idea that the only real meaning in life is found in dying beautifully. Esther’s mother presented her death as a form of loving murder; it takes her daughter a shockingly long time to uncover the truth. 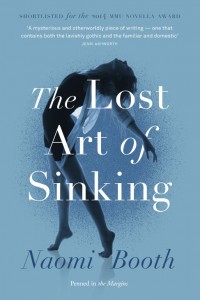 Before Esther can even begin to follow that course, she seeks to medicate her misery by escaping from herself through the smaller, more symbolic death brought on by asphyxiation, and (when offered) through real drugs. After failing to pass out in her school’s chapel, Thirteen-year-old Esther accepts her friend’s offer of cocaine:

I think I half-knew I was being duped, but I didn’t care that much. I was willing to try almost anything. Laura said she had some arrangements to make. She disappeared for a couple of minutes, and then she came back for me. I followed her down to the cellar, where enormous washing machines sat on top of one another and there were two industrial dryers, to manage the old people’s laundry. Grey flannel bedding was hung out at one end of the room and there was an old stone wash-sink in the middle, without any taps. We were below ground level here and one oblong window showed us the line of the churchyard grass above our heads. I remember the subterranean cold and how it seemed to seep inwards and upwards through the walls and floor. I began to think laterally, to imagine directly outwards through the earth of the churchyard, towards my mother. And then an image flashed into my head: a coffin full of hair. It was that thing people always say about dead bodies and the hair keeping on growing; I thought of my mother cocooned in her own prodigious hair.

Of course, it turns out to be a prank. The cocaine is really soap-powder, ‘We ran up to the bathroom and Laura held my hair, while I splashed water into my nose and mouth. I gargled again and again, spitting out soap clouds, but my tongue kept on lathering.’ The image is humorous; the despair behind the action is not. This book is being advertised as a dark comedy. It isn’t. There are absurd images that glitter like shards of broken glass in the general dark, but they are not the central aspects of the story. They can cut you. If you have a heart, you will bleed.

Esther doesn’t know what she wants. This kind of complexity is good in a character. On the surface, she is attracted to death as an easy out, but when she is presented with the opportunity to secure an efficient ‘accident’ her unconscious mind surges up and saves her. This internal psychological conflict is wonderfully illustrated in a scene wherein she hires herself out as a model for an artist who photographs women that he has choked with a belt, capturing them glitter-eyed on the metal edge of asphyxiation. When the artist reaches for her, Esther’s suppressed love of life surges forward and casts this particular demon out:

“We can do this any way you’d like,” he said. “I can use the belt or I can restrict your air-flow with my hands.” He squatted down beside me. And when he lent in to kiss me again, my right hand swung up into his face in a fist, smacking him hard on the side of the jaw. It knocked him backwards. I was as surprised as he was. He was temporarily dazed and then he clutched his face. “What the fuck?” he shouted. “What’s wrong with you?”

As for the writing, the quality is consistently good, although the whiff of financial privilege is strong. Money serves, in a sense, as a Deus Ex Machina, buying time for introspection and psychosexual adventure. It might have been more interesting if the character had been made to it those dramas in, as people do, between worrying over bills. That being said, the narrative voice is poignant and realistic (for her socioeconomic class), although early chapters are faintly reminiscent of good student work and could have stood some revision. This novella definitely gathers strength and force as it moves along. 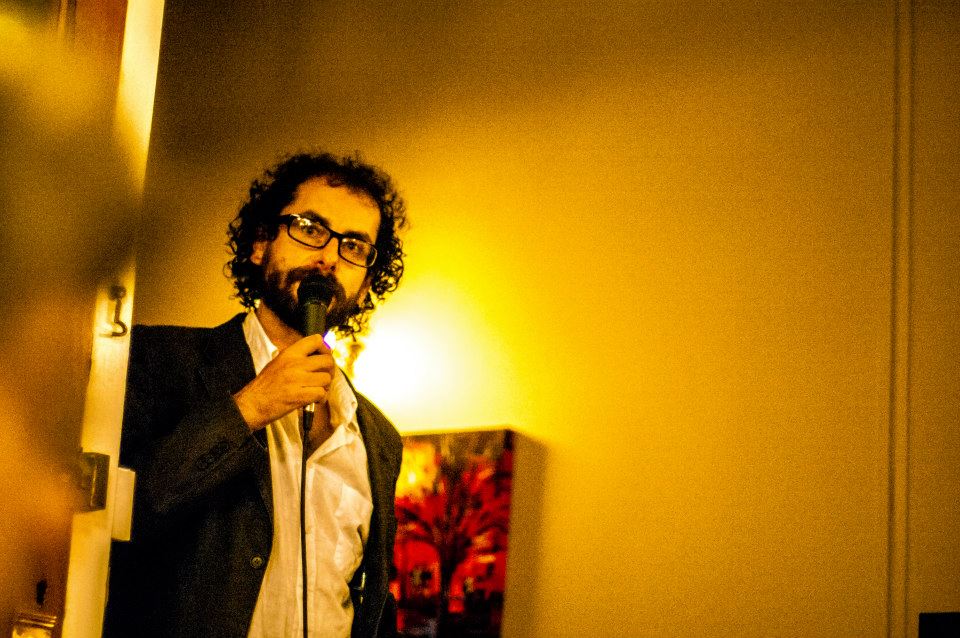