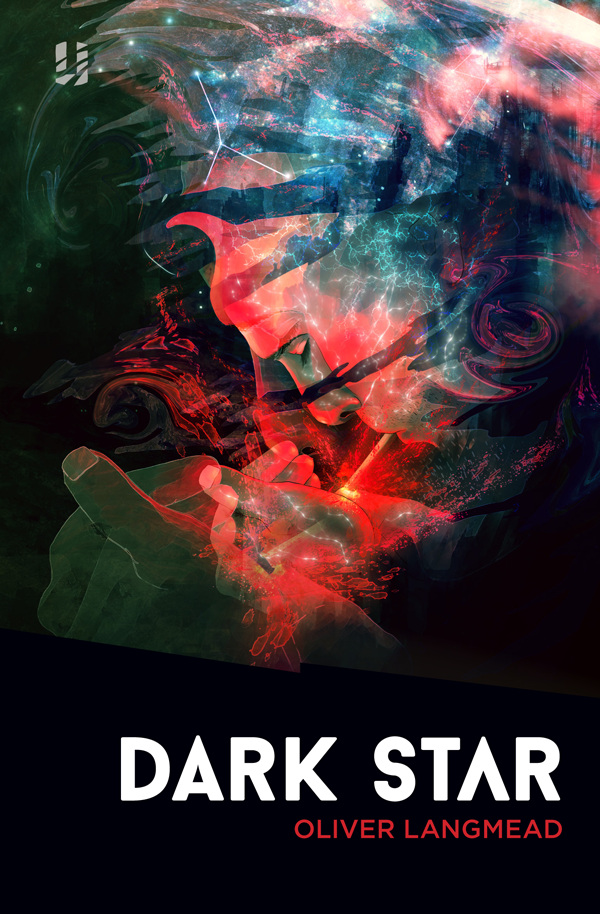 Oliver Langmead’s Dark Star combines many seemingly disparate elements into one beautiful and entertaining story. Drawing on strands of science-fiction, hardboiled detective noir, and formal poetry, Langmead tells the story of a planet where fuel burns darkly and only the wealthy (who own the power companies) can afford to generate the light they need to see the world clearly. After a failed murder investigation, a drug-addled investigator named Virgil leads his partner, Dante, on the trail of a deeper mystery. Someone in Vox has stolen one of the three ‘hearts’ which power the city and give it light. This person is threatening to transform the power of life into a weapon. 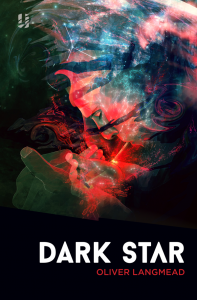 The story opens, like so many detective stories, with the description of a dead girl. This is actually one of the features of the noir genre that I find most distressing; the immediate objectification (and destruction) of a woman is often used to set a deeply misogynistic tone. But this isn’t a straight noir story, and the death that Langmead describes is effectively tragic. He plays with conventions, plays with genre, but he isn’t trapped by them. That’s terribly refreshing.

Here is a description of the girl that Virgil couldn’t save:

Hard to tell what she looked like normally.
She’s a mess of light, could be anyone.
It takes me a while to notice the warmth.
Girl’s blood is giving off a lot of heat.

It’s pooled all around her, thick and still wet.

A dead girl with glowing blood is an arresting image, but what really caught me up was the rhythm. Iambic pentameter mimics speech; it captures the rhythms and draws readers through the lines like a distant drum sounding in a thick tangle of forest. Because the rhythm is so perfect, beating in your head like a pulse, it takes a while to notice it. The whole book is written in this vein.

Perhaps unsurprisingly, considering the theme, there are some pretty interesting philosophical undertones to the story of light on Vox. Virgil injects himself with a luminous, highly destructive drug; a light which poison him. The people in this story need light to live – or at least stave off insanity (it was a very nice touch that even the most well-balanced characters suffer from symptoms of Seasonal Affective Disorder), but at the same time they worship light as a life-giving god:

Intricately arranged tubing glows white,
Weaved into a complex pattern, a web
Shaped like the fire and light a bright star makes,
In twists and spires all across the white stone.

We approach and it’s easier to see
The offerings heaped around His bare feet;
Some burned-out batteries and burned-out bulbs,
Coils of cable and even old lighters.

In a sense, this story is The Divine Comedy as told (and experienced) by a Gnostic. There is a Creator, and He is mad. The struggle for the characters lies in doing the right thing (knowing what the right thing is) despite that.

If there are weaknesses in the poem, they revolve around a tendency towards unnecessary repetition of phrases (I’m in hell/ this is hell/ we’re in hell) that should be (and largely are) conveyed by the descriptions of the place and its people. One of the difficulties that poets encounter when writing in form is that the constraints of the line occasionally warp the effects that the writer is working to produce. Thankfully, these are difficulties that Langmead often overcomes.

Vox, as a world, is well-built. The machines and culture make sense for their context; the characters are psychologically realistic, and the environment is appropriately hellish. The streets are populated by shades, ghosts who would be at home in The Wasteland, described by a man with a Humphry Bogart drawl whose breath is tainted by cheap cigarettes:

Their faces are dark. It’s a sea of hands.
Some of those hands are waving up at me,
Others clicking, vying for attention.
A few are still, holding tape recorders.

There’s a sudden flash, a puff of grey smoke
And a man shouting that I need to pose.
I’m startled, trying to clear my vision.
I hate all this: the cameras and the press.

One of the most important things that genre writing does is embody mythological truths, psychological scenarios, that cannot be realistically depicted in middle-class living rooms. There is an aversion to genre in certain literary circles, I think, because it can take the reader to places where a lot of people don’t want to go. It takes a certain type of person to want to plunge into a violent, noir-ish space-adventure that might lead to at least a little self-discovery. These readers aren’t usually thought of as the same group of people who purchase books of poetry, and so not very many publishers are willing to try to coax a little overlap. More should. I’m glad that this publisher took the risk. 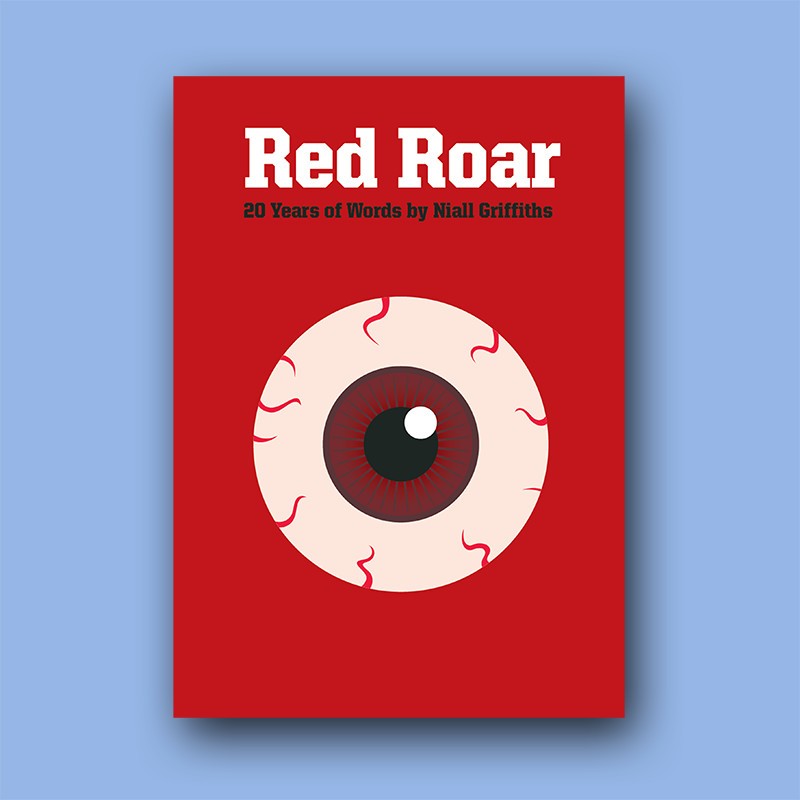