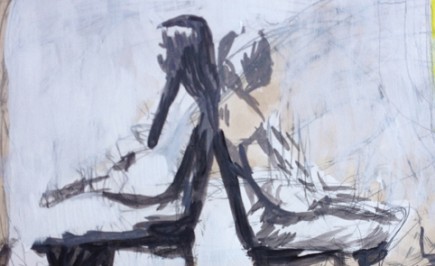 The first night I was iced out of the city […] At my feet, shattered glass. The finch’s broken neck. I just sat there, counting the dirty feathers, its cracked bones. The dead bird said nothing

In Failure Lyric, an affecting image is crystallized through Kristina Marie Darling’s direct language, all downright sharp edges. The broken bird, and the speaker, who can’t look away, could easily symbolise the death of a marriage, say something about numb inertia, isolation, the strange ways through which the end of a relationship alters your focus, throws perspective. But that would be a bit too easy. Failure Lyric works because it’s cumulative: images recur, stories are told, retold, told again, remembered and misremembered. Reality is destablised: what we thought we knew about what’s gone before is rewritten in the face of the present, forcing us to experience the loss of the past we thought we had. The dead bird image, though beautiful, would be almost clumsy if it weren’t so well woven into a whole that’s unravelling.

At the centre of the collection sits a sort of existential crisis, or displaced identity: the woman, the bride and the speaker could be the same self – might have been at some point – but are now at odds, looking at or for one another. In “First Failures”, for example: “I knew you were looking over my shoulder, trying to find the woman who would fall in love with you […] I just sat there next to the refreshments, my best dress already out of fashion.” That best dress slides between pages connecting and disconnecting the figures in the poems. In “Failed Dream”, the dress slips from the speaker, who finds herself wrapping presents she thought were for her: “Before long, I realized the presents were meant for his last wife […] You see, when we married, memory fell asleep in the chapel. We left her in the pew, wearing her best dress.” In the next poem, “Sad Film”, the dress belongs to both the speaker and to this former wife figure, who is there when the couple tries to move into their new home, and “could have been my sister. That straight nose, her dark hair, and, of course, the bright red dress.”

“Sad Film” is the title of four poems in Failure Lyric: “Let me tell you a story about marriage”; “let me tell you another story about marriage”. These poems are like spinning plates, with different pieces of story in play at any one time. They work in relation to each other to flesh out, overlap and undermine the big picture. In the first account of the ceremony, that struggle with identity is central, when the wrong woman walks into the wrong church, “wearing the dress I’d picked out […] I didn’t realize she’d take my place […] recite my vows, or toss that elaborate bouquet to my younger sister.” In the second account, it’s the priest who never arrives. “We found out later that a car had spun out on a patch of ice. The priest was dead. That night, I tried to eat, but the cake lodged in the hollow space of my throat—” In this version, the groom coughs and clears his throat. In the third, it’s the speaker who coughs and clears her throat. It’s a strange detail, but that altered repetition, in the context of other similar devices, is effective. These prose poems are filled with such strange details, and readers might want to argue against the value of any one of them, but they do seem to add up, give a sense of shift. It’s unsettling.

Prose poems make up the main body of the collection, but they’re bookended with a preface and archive that come from taking a four-year correspondence and making erasures. The results are as interesting for the process that rendered them as the words and patterns on the page. Thematically, these epistles are a continuation, but they formally counter those prose details with fragments of phrase and image against all that white space:

I like the exploration of form, but I think the prose offers more; it builds towards something, interacts, though some individual poems don’t stand well alone. “Prayer”, for example. Here it is in full:

That you’ll appear before me.
Like a white horse galloping through the eye of a needle.

The recurrence of the eye of the needle a couple of pages on doesn’t relieve the image of its wearied connotations. And the appearance of the white horse seems too much like a white charger. This hint of wanting to be saved troubles me. How can anyone else, let alone the other half of a break up, save us? In a collection that manages to pick open the narrative of a relationship in the face of its end, for the most part without falling into romantic cliché, it seems suddenly starry to hope for a hero. Perhaps if we’re honest with ourselves, we’d all like to be saved. Perhaps that’s why it troubles me. 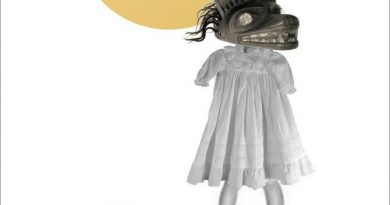