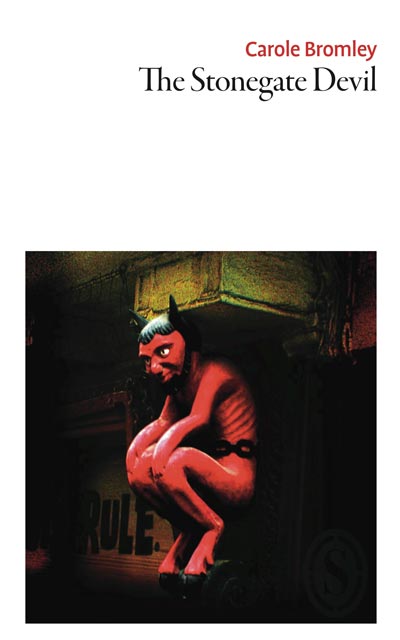 The Stonegate Devil is Carole Bromley’s second full collection, alongside A Guided Tour of the Ice House which, with two chapbooks, makes up her work so far. Bromley is a prodigious award winner, including the Bridport Prize; I should ask her how to do it. Her poetry reaches a destination, in this case her home of York. Bromley tells us of her Yorkshire, in rich poems with a full suitcase of history. I grew up in a new town, farmland reclaimed after the war, so have a sense of displacement: no history. I envy Bromley’s sense of place.

Stonegate became famous for its book shops and printers, and The Stonegate Devil is an ode to the Little Devil of Stonegate, featured on the cover, a traditional image of a printers. This devil lives and sees years and years of hawkers, pukers, and lovers having a knee trembler in the arch leading to the yard, when the pubs are locked after hours.

Six feet below its pavement lies the Roman road, and who knows how many raucous nights he has spent gazing down, the witching hours’ detritus leaving the footpath looking like a lunar landscape. It’s said to be unlucky to look into this devil’s eyes, and Bromley weaves this tale as if she’s one of the devil’s congregation.

‘Formerly Mad Alice Lane‘ is a light Gothic song, lit by a lone gas lamp, filled with the ghosts of the mad. Again it draws on Bromley’s local knowledge,

A handy short cut to Swinegate
and the old Mission Hall,
Oscar’s, el piano, nail bar one
but you wouldn’t nip through here
after dark alone.

It’s the sort of thing Simon Schama would read out to illustrate the preamble to a bloody history.

Mad Alice Lane was named after a woman hanged in 1823 for poisoning her husband: a folk tale, as far as I can tell. The story goes that Alice Smith was actually executed in York Castle for being mad. The lane was her home when she was taken to the castle and hanged for the ‘crime’ of insanity. The poem goes into a higgledy rhyme when Alice lists a Georgian almanac of murderers’ recipes, almost breaking down with the weight of her innocence and the expectation of a gruesome outcome.

‘Beningbrough Hall’ plays to the gallery of casual poetry readers, with its Italian-palace-inspired grand house subject and descriptions of the pretty formal gardens. However, that’s not to say there’s nothing in it, and a line or two shows promise:

the only sounds wind like water in the trees,
footsteps on the gravel, an old man’s cough.

I didn’t like ‘On the Carpet’; I thought it was fluff written by a teenage diarist. This poet can do better. I know it was the runner up in a competition, so it appealed to someone. I’ll be the headmaster with coffee breath. ’The Doll With a Hole in its Hand’ doesn’t live up to the title, it’s a flat piece with hardly any life or spark. The poet speaks about her childhood in a conversational way, without passion:

‘Touch’ is heartfelt and affecting, a childhood friend’s death bringing her father and the poet closer, though stiffly, as in the line,

this is followed by the tender remark,

The night my father

Bromley conjures up homespun beauty, the gesture of a father unimpressed until death brushes past. ‘Fond’ is cast from the same mould.

London, 1884. She’s looking up Prussic acid,
her mind half on that evening and her lover,

the one her father doesn’t trust.

The Stonegate Devil is interspersed with good poems: standouts include, as well as those I’ve mentioned above, ‘Rendezvous after Dennis O’Driscoll’, with its merry misplaced feel, ‘John Keats’ Ring’, and ‘Oranges’:

You watched me sink my teeth in,
laughed as I posted a segment
into your mouth

and ’A Paean to Solitude’ which any writer will recognise in themselves.

Often I felt that Bromley took the easy, safe route with this book – poems written to win people over – and the admirable moments I’ve mentioned are gnarled by nicety. Those junctures that are an attempt to jar the reader, such as ‘In My Wallet’ and its last line “and you fucked me right there on the carpet”, effect nothing but a falsity, for it feels horned in.

However, summing up, the good juice is sweet enough to outweigh the bitter pith. 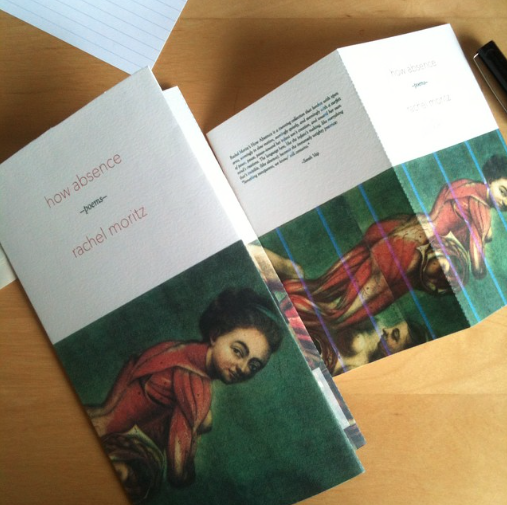