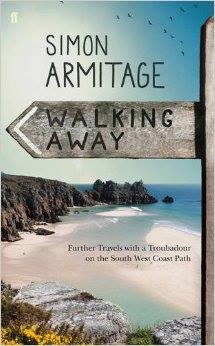 The Oxford Professor of Poetry seems about as outmoded and irrelevant a title as you could imagine, and the new incumbent, Simon Armitage, happily played on this as he told us “poets like to see themselves as unacknowledged legislators of the world, but to most people they’re simply unacknowledged.” Armitage used his inaugural lecture to give an impassioned plea for the essential role of every generation’s poets to speak to the world in which they find themselves. It was a riposte not just to those who would see poetry as irrelevant (unless, as he said on more than one occasion, referencing the 2009 Professor of Poetry elections and the later goings on at the Poetry Society, they misbehave) but to the previous holder of the office, Geoffrey Hill, who had so spikily started his tenure by announcing that he wouldn’t talk about contemporary poets, because they had nothing of interest to say and were already given too much space in which to say it.

For a moment, as he began with Milton’s ‘Sonnet 23’, it seemed Armitage would tread the same path. But in a subtly powerful intellectual architecture, he used that poem as an example of elegy as the epitome of the poet as “me”. He ended, an hour later, with another 14 line elegy, Aracelis Girmay’s ‘Elegy in Gold’, from the Breakbeat Poets collection, which epitomises, he showed, a new generation of poet as “we”, voices emerging from communities oppressed by the same establishments who birth titles such as Professor of Poetry. 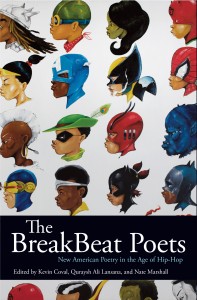 It was a fascinating, and much needed, appeal for, as it were, his own absence, for the foregrounding of other voices, ones not present in the front rows of the audience that were cordoned off for the great and the good of a world that had, Armitage was not afraid to say, tried to dismiss much contemporary poetry as a sub-scene. He was particularly vocal on the subject of contemporary spoken word which had, he was quick to point out, added several noughts to the numbers of those engaging with poetry. Whilst being honest about its genuine excesses – vacuous life-enhancing aphorisms, cheap gags, and seeking instant response – he saved his real excoriation for those who wrote it off, whom he labelled “practitioners of a plastic art.”

He went on to single out Kate Tempest, initially ignored (as I know too well – I spent over a year trying to get the Guardian to cover her, smacked down from all quarters until she won the Ted Hughes Prize after which they were desperate to show they were discovering her) by the media but who was so good the establishment was ultimately unable to ignore her. In one of the few uncomfortable moments (uncomfortable only because it was one of the few times it felt like he’d read something in an article rather than felt it from the words or experience), he described spoken word as the true repository of poetic tradition, pointing to the early post Caxton days in which printing was simply a “means of warehousing and distributing.” But by and large he was free of false notes – and whilst his appeal to intellect and craft was evident not just from words but his carefully structured lecture, he made the key move of insisting that that craft, technique, and intellect had always to be in the service of something more important, of the burning passion of individuals and communities.

And there was a long divertimento on Claudia Rankine. His account of Citizen was somewhat like his account of Tempest – was Citizen poetry? he asked. Ultimately the way the works power exploded from its concision, the way form so perfectly married mood, rendered the question meaningless. That said, there has to be a note of caution. It is great to see Claudia Rankine discussed. Geoffrey Hill never would have done so. The problem is that what we “saw” was still a white guy, A well-meaning white guy making the case for his own absence maybe but a white guy nonetheless. And that’s what the world sees – a white man uttering a poet of colour’s words. Armitage’s lecture is a key part of the slow bending, eroding and ultimately, it is to be hoped, dissolution of a privileged establishment that sees itself as the sole custodian of cultural value. But it remains deeply problematic that when young black potential students look to Oxford, when young poets of colour look to such a position, they still do not see themselves; when they do hear their words there is a disjunct between sight and sound that continues to speak of a relation of privilege and oppression.

Finally, with a swift takedown of Alt Lit and Kenneth Goldsmith he brought us back to hip hop, closing the circle with Milton, demonstrating that poetry remains unchanged in its concerns but demonstrating also, as Hill had failed to do whilst he held the Chair, that its unchanging concern was precisely what made it essential to engage with the modern poetic voice in order for the study of poetry not to make itself irrelevant not just to the modern world but the poetic tradition. Because the concern of poetry is the present moment.