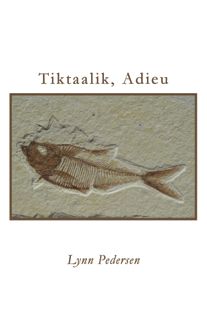 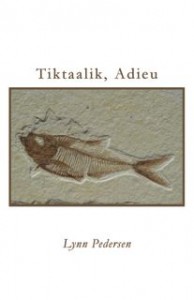 The trouble with research-based poetry is that, when the subject matter is sufficiently fascinating, there can be a laziness to the end result. The poet will let the music of the terminology speak for itself without moulding it to be more than this. This can work sometimes, but it’s truly exciting to see someone with a genuine interest in scientific research take source material and create intriguing and beautiful short lyrics from them.

This is a chapbook that uses science, not as a crutch but as a system. Pedersen’s poems are scientific in the way that they query and correct themselves, she is a writer who’s aware that science is a process of evolution, of testing and re-testing, and this comes through.

Take for instance ‘Dickinsonia’, the starting point is a fossil of a multicellular organism, ‘There’s something about soft tissues / that begs empathy & forgiveness’. This might sound like dry subject matter, and in different hands you could imagine a poem that simply lists the strange characteristics of this creature. Instead, Pedersen’s poem embraces our knowledge gap fully:

but simile: Worm? Sponge? Plant or animal?
It is like fill-in-the-blank because we can’t say exactly.1

The smallest the size of an infant’s outstretched hand,
the largest that of a man’s body.

I admire the way that Pedersen balances giving us relatable hooks while taking us on a what if journey, a journey I’ll all too happily take.

Extinction is a theme throughout this book, as is the figure of Darwin and his grief for his daughter Annie, who died while he was on board the Beagle. Then there are poems ‘The Mier Expedition: Drawing of the Black Bean by Frederic Remington (1896)’, in which 176 Texan prisoners drew 159 white beans and 17 black beans, those who drew black beans were shot. This might seem like a deviation from the overarching theme, but this too becomes an enquiry on the illusion of choice, ‘how each outcome would taste if / rolled on the tongue?’

At the same time, this kind of musing doesn’t take away from the horror of the situation. Again, Pedersen could have amped the pathos, but she stays away:

No shackles, but it’s the math
one can’t escape: the problem of
how to differentiate color without sight—
perhaps the black beans slicker, the white
softer to the fingernail

There’s no logic
to what happens. The men in line know this,
some of them joking, some staring
at their feet, just wanting to go home.

I could keep quoting from Pedersen’s pamphlet, it’s eminently quotable (‘It wasn’t my place to appropriate a valley’s grief’ from ‘Correction’), but beyond the tremendous writing, what strikes me is her ability to shift from detachment to heartbreak without it ever feeling heavy-handed. It’s quite a feat that when she goes a bit Broadway with ‘But there is no account in the Origin of the Species / of grief. No Cretaceous eulogy’ (from ‘Something about Darwin’) it somehow feels earned.

There’s a lot more I’d like to discuss, more than fits into a day’s worth of reviewing, but this really is a must-read for any poet working with archival or scientific material, or found poetry (I wish I could tell you about the magnificent Dodo found poem that’s in here), but you’ll just have to find this out for yourselves.