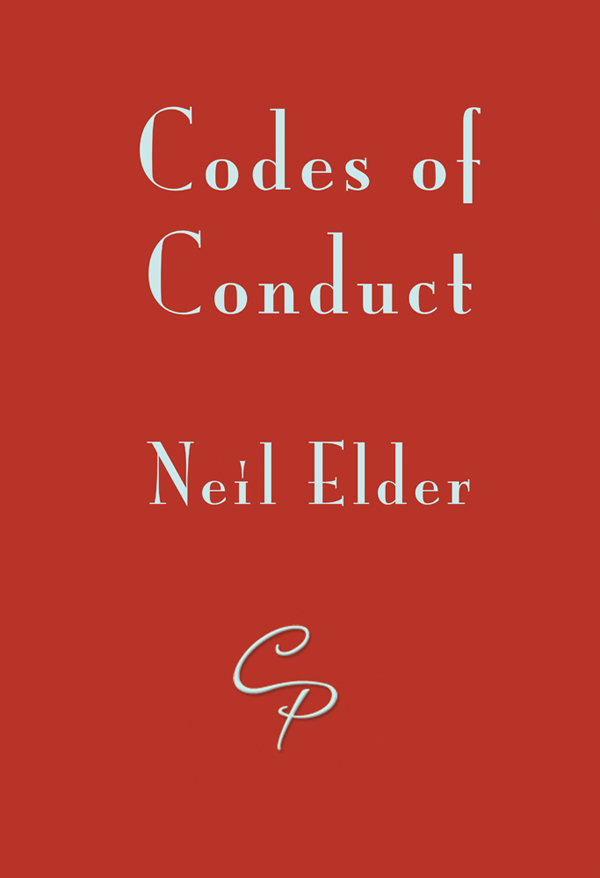 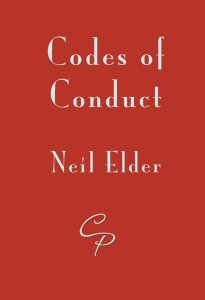 Neil Elder’s Codes of Conduct is a pamphlet in two parts, the first is mostly a third person account of Henderson and his colleagues. Each poem is a set piece capturing the routine of office work, in which characters are known by their job titles. These are poems that are stronger as a sequence than as standalone, with each poem building a larger picture, from Mike Riordan, ‘self-styled Lion of Leinster’ who is retiring from the fourth floor, to Amy Bridge’s desk with the ‘stapler that works’. By the end the sequence feels lived in in all its relentless human absurdity.

One of the standout poems is ‘Work Experience’ where following the departure of Sophie Bailey (‘She typed with speed and brought bourbons /on Fridays; Henderson was sorry to see her go’), an intern is hired. Jordan attends on work experience because he wants to be an entrepreneur. The vision of him standing in the office, feeling on the brink of a life altering experience is both moving and groan-worthy:

all grown up, swallowed by a suit;
hands hidden by sleeves, trousers
concertinaed on top of new shoes,
he’s ready to learn more than school can teach.

by the end of his work experience, ‘His days are blurs / of filing, photocopying and coffee machines’, and office life has failed to live up to his large expectations.

The final poem in this half, ‘Restructuring’ is, I believe, the first time the first person is brought in, and it’s fitting that this is the most serious of the bunch. Here Elder transitions from caricatures to sympathy when an unnamed character is ‘reduced’ from a firing. Downsizing is described as

like a damp we couldn’t stop from spreading
and it seeped from his department into ours.
Just now HR Jenny smiled at me;
my appointment’s Thursday, half-past three.

The second half of Codes of Conduct is very much set in the first person in more domesticated setting, from a narrator watching people undertake driving tests down his road, to a spouse resenting the spare room getting filled with junk:

I’ve told him that whatever space he’s filling
my emptiness will still be real.
Train sets are not meant for grown-ups.

This section is full of characters struggling to express exactly what they mean, to make a meaningful connection. In this as in the previous section, the codes of conduct are a stifling unofficial and official presence. Yet, it ends on some note of hope with ‘Everything new’ in which codes seem to have been unlearned so that ‘everything is moving in the aftershock / of arriving in a new country’. 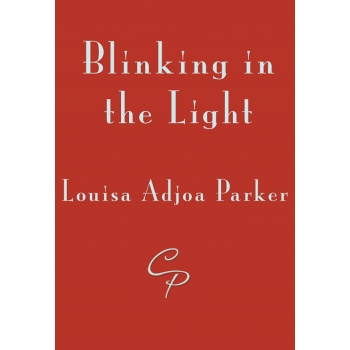 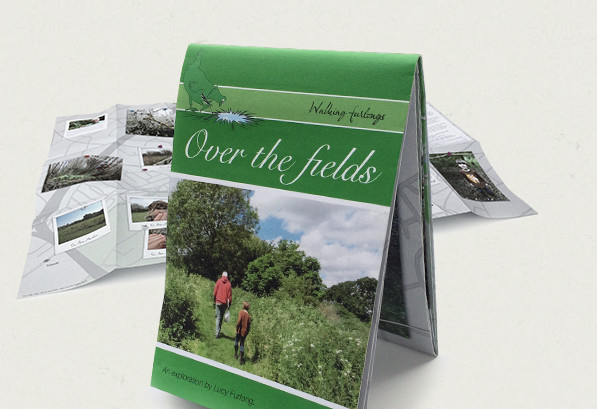 One thought on “Codes of Conduct by Neil Elder, Review #26”