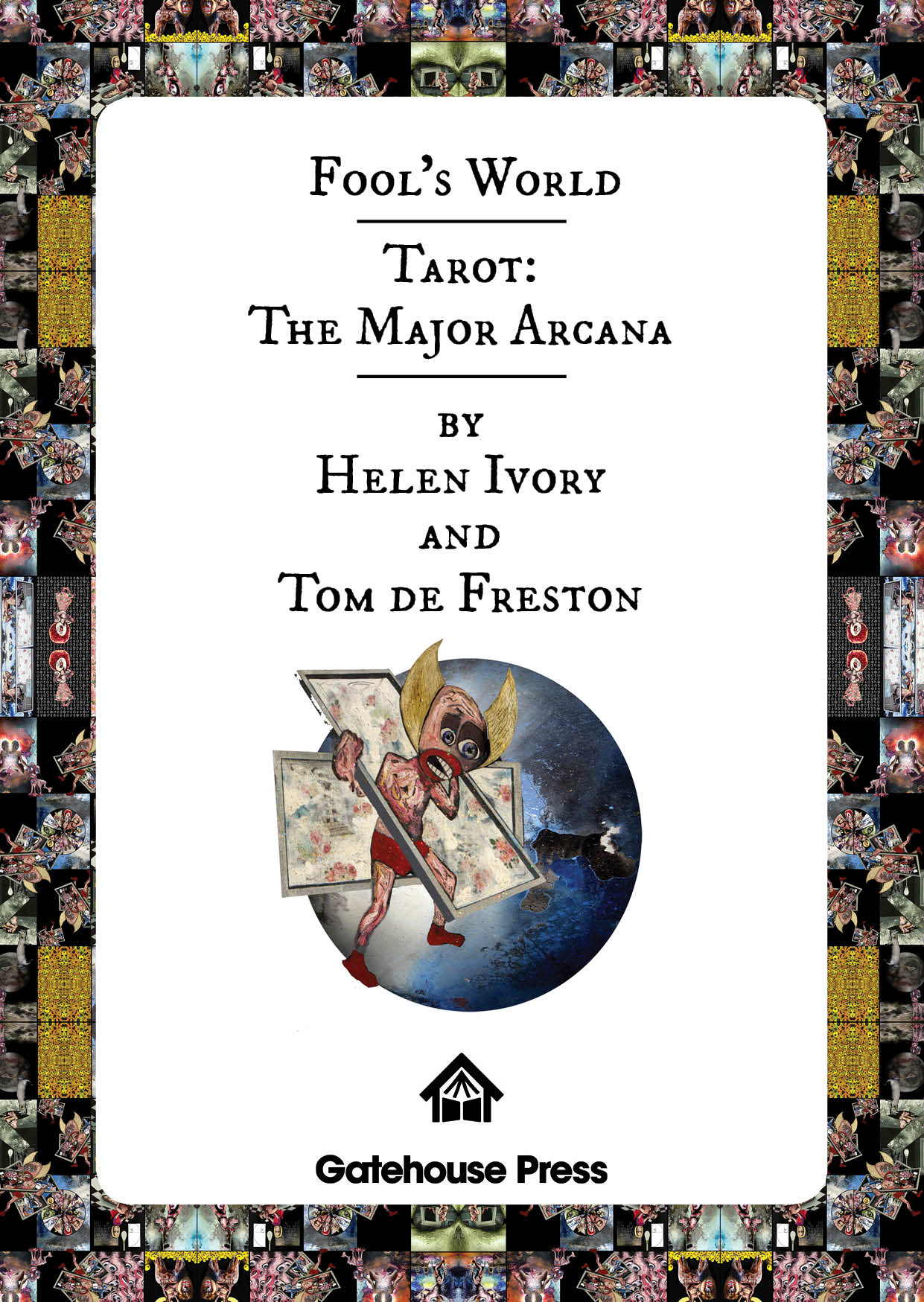 It can be arduous to write in the confines of a 1,000 word review. Sometimes you don’t like the book and it’s hard to stretch the words out, like a flat fish being hammered; but just sometimes you utterly love the book, and it’s as tough as my mother’s roast beef to get everything you want and need to say crammed in. Although Fool’s World comes in a box, it’s hard to put this magnum opus into one. It’s as if the Dali deck grew a voice, an ekphrastic poetry masterpiece, the fruition of a couple of years’ work from Helen Ivory and Tom de Freston, published by Gatehouse Press.

My eyes lit up when opening the parcel, when this black monolith of a box was unwound from the bandages of bubblewrap. Would this monolith create a second sun? A poised, coiled artistic cannonade, this collection erupts in your hands, like a wrestling match with the Ark of the Covenant.

The players in our possessed play are Helen Ivory, a poet of much renown, and an accomplished assemblage/collage artist. Tom de Freston is a painter represented by the Breese Little Gallery (London) and is the artist-in-residence at Medicine Unboxed.

Ivory says of this artistic endeavour that: “I’d been drawn to Tarot for a very long time and the more research I did into their mythopoetic meanings, the closer I saw them to possessing the same kind of quest for understanding about the world and ourselves as myths and folktales have.” De Freston asserts that: “One of my central interests as a painter is the history of iconography, how symbols gain, lose and shift their meaning. The Moon in the 15th Century meant something very different to our perception of it today.”

Opening the box, the reader is welcomed by some information about the major arcana itself, its history and its recognition by Jung. Jung wrote In The Archetypes and the Collective Unconscious: “If one wants to form a picture of the symbolic process, the series of pictures found in alchemy are good examples. . . . It also seems as if the set of pictures in the Tarot cards were distantly descended from the archetypes of transformation.”

Ivory and de Freston want their art to work both as an ekphrastic experiment and a functioning Tarot, but the artists are hopeful that the cards are less about an experiment in form, more “an opportunity for readers to see their slippery self reflected.”

On the top of the box is the new Major Arcana, rendered with utterly beautiful, surreal images. The best that I can describe them is a mix tape of Francis Bacon to Picasso to Blake to Bosch with a shade of Anselm Kiefer, to Cobain’s art of contorted dolls, but unique with a darkly rich rum humour, wrenched forms, bulging and sagging, refined and finespun, like an aged whiskey or ’50s Miles Davis, and the odd in-joke for Ivory devotees is inserted with care. I’m enthralled by The Empress card, a clay baby with smiling eyes resting on a bed of petals (fertility, femininity, beauty, nature, abundance).

These cards are swimming in rich practices, scribes in images, arms raised in prayer, poetry, piety, knowing thieves and murderers. These paintings aren’t a sealed door, they are the open gates to the Acropolis. You just have to take a change of clothes and go on a journey for gold. You could grow fat on their ornamented innards.

I love de Freston’s art, and Ivory’s words compliment and complete the paintings. No, they enriched them further still. Don’t forget this is a fully functioning Tarot deck. In Tarot, many philosophies prevail. Some say the cards must be used in their natural vertical position, and others say they should be used in their upright or reversed positions. As divination by the Tarot is a technique, it goes without saying that all techniques are valid. Nevertheless both have their advantages and disadvantages, hence the positive uptight and the opposite, the reversed. This, from The Fool (upright: beginnings, innocence, spontaneity, a free spirit. Reversed: naivety, foolishness, recklessness, risk-taking) is shuddering, a falling mirror of a poem:

This is an otherworldly series of poems. The Magician card (upright: power, skill, concentration, action, resourcefulness. Reversed: manipulation, poor planning, latent talents) should be read aloud at poetry workshops the world over because of its unforced technique. The landscape of the card seems to swallow the agriculture of words, integrated into the very fabric:

I make of myself a bridge to the otherworld,
spine arched like a cat.
I ask what is it that you want of me,
and it’s always the same – gold.

The Empress card’s poem is an allegory of love, of the fertile fancy of the feminine, a sculpted space of beauty, nature, abundance:

One drop of red paint
on the harvest floor
and I am the rose,
and you are the rose
and we are the milk and the dawn.

Whereas this card’s counterpoint, The Emperor, is a mouth of thorns. The Emperor represents authority, a father-figure. You could look at this as the reversed: domination, excessive control, rigidity, inflexibility:

Let us mail and greave ourselves
against the hill of bones
and sheep-knuckle dice.

I will build a castle in accordance
with the laws of science.
Here I am – a practical man –
take my eyes, like world’s
and see how kings have seen.

This is a collection with no artifice or masks, a singular collection, a fantasia that you would be well advised to keep in a safe place and use in lean times as your nest egg. 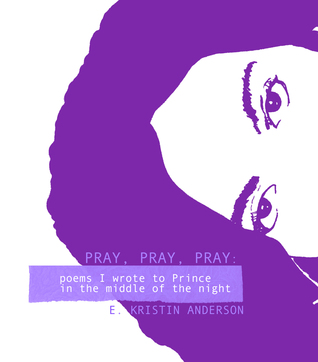 One thought on “Fool’s World – A Tarot: The Major Arcana by Helen Ivory & Tom de Freston”