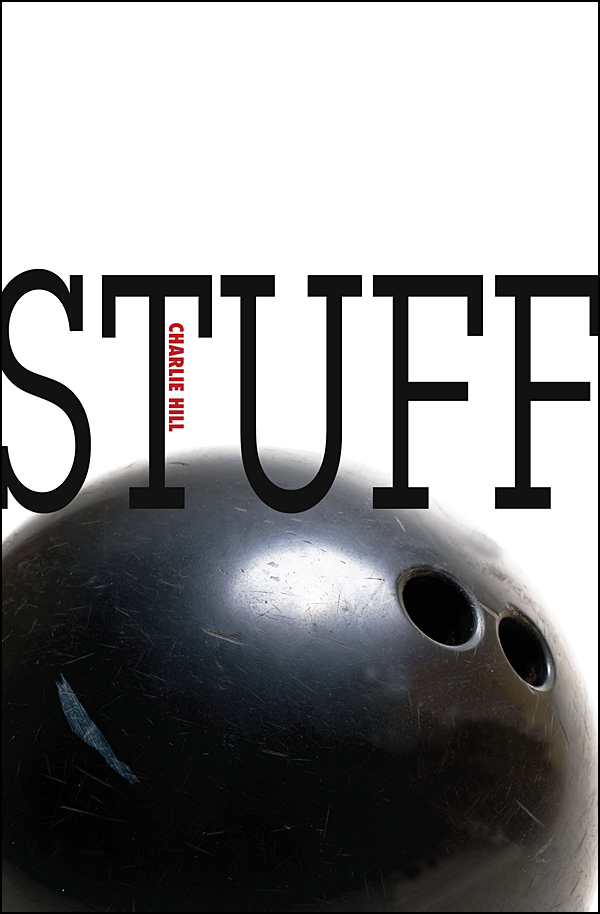 Just stuff. Just things and meanings and motions swirling round and round, littering your already less than certain way, and cluttering your mind.

‘Oh it’s nothing, just stuff,’ you say. But it’s not is it? It can weigh you down: all this stuff. 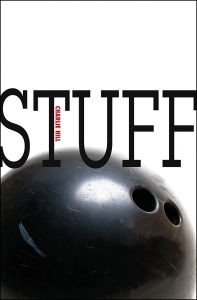 Charlie Hill takes us through a trying week burdened by quite a bit of stuff. On Monday we are following the narrator on a gentle stroll to the shop, but by Sunday he is making his way to a remote cliff top considering ending it all. Hill, in this succinct, but illuminating novella, introduces us to the inner streams of consciousness of the unnamed protagonist. His observations are both detailed and shallow – they skirt across the surface of life. We are at the window watching: witnessing the learner drivers bouncing down the road, the Tibetan prayer flags fluttering outside one suburban gate and the abundance of George’s crosses outside another; there is the pound shop and the cash converters, and the taste of rosemary on the tongue after stripping a couple of leaves from a bush while passing and tentatively sampling the result between the teeth.

And this is life, or it was rather, for our character is getting lost in it, the clarity of everyday things blurring into one another, the lines smudging and time bleeding into itself. The story takes a steady course into an increasingly despondent view of life, not with drama, with violence, nor tears, but with numbness. The blaze inside seems to be fading and the narrator’s voice is tinged with indifference.

The prose itself is simple and direct. Hill forgoes sentimentality and flowery description, but still produces a sharp set of images in the reader’s mind. The surroundings relayed are plain and ordinary and the characters barely named, sufficing with simple initials. The dry and unforgiving tone of the text is its main strength. Its lack of drama accentuates the feeling of remove from life and adds a bitter/ironic tone to many of the events of the week. There is no elevation of tension even with as the character’s inner strife starts to get the better of him, so those looking for an emotional roller-coaster had better look elsewhere. The voice reminds of Holden Caulfield in The Catcher in the Rye: honest, dry and indifferent, articulating his emotions in a flat and resigned way. Still, at times the flat expressions of feeling and intent are quite affecting. The way the cause of the narrator’s actions are mentioned in passing or without the intensity of traditionally novelistic writing gives you an honest and stark outline of what is essentially the tale of a breakdown.

Charlie Hill’s small tale of woe has some delightful and blasé reflections on life, work and other stuff. With its unapologetically plain reflection on life and a damp squib of an ending means it might not please everyone, but it is affecting at points and by the end the reader like the protagonist might come to see some salvation in the little, futile things in life. 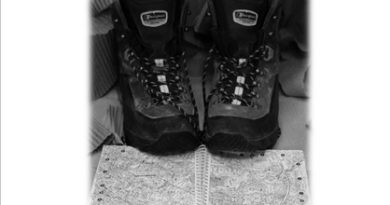